Mj Rodriguez Reacts to Becoming First Trans Best Actress Emmy Nominee: This Is for Us

“Pose” star Mj Rodriguez has made history as the first transgender performer to receive an Emmy nomination for Best Actress in a Drama Series. Rodriguez has been playing powerhouse house mother and nurse Blanca Rodriguez on the ballroom drama “Pose” for the past three seasons. “Pose” took its final bow this year and is going out with a bang thanks to this historic Emmy nomination — and more. Billy Porter was also nominated for Lead Actor for his performance as Pray Tell, and “Pose” was nominated for Outstanding Drama Series for the second time.

“It’s astounding, and it’s not just for me. I’m winning for so many people out there, so many babies out there, the generation that comes after me — that’s who it’s for, it’s not for me,” an emotional Rodriguez said by phone, pausing to gather her thoughts when she was overcome. “I’ve always prided myself on sending love through my art, through my work, through my craft, and I feel like now the people that I’ve always wanted to see me, see me.”

Rodriguez is only the third transgender performer to ever be nominated in any acting category. That particular milestone was reached first by Laverne Cox, who was nominated for Outstanding Guest Actress in a Comedy Series for her role as Sophia Burset in “Orange Is the New Black” in 2014. Last year, Rain Valdez was nominated for Outstanding Actress in a Short-Form Comedy or Drama Series for “Razor Tongue,” a web series she wrote and produced.

“It’s crazy. Out of all the time I’ve worked and strived, I always thought that I would be in a place of being steady and possibly get to a point of being in this position,” she said. “But I never thought in a million years that I would wake up one day and see that I’m nominated as an Outstanding Lead Actress in a Drama Series. I never saw that coming.” 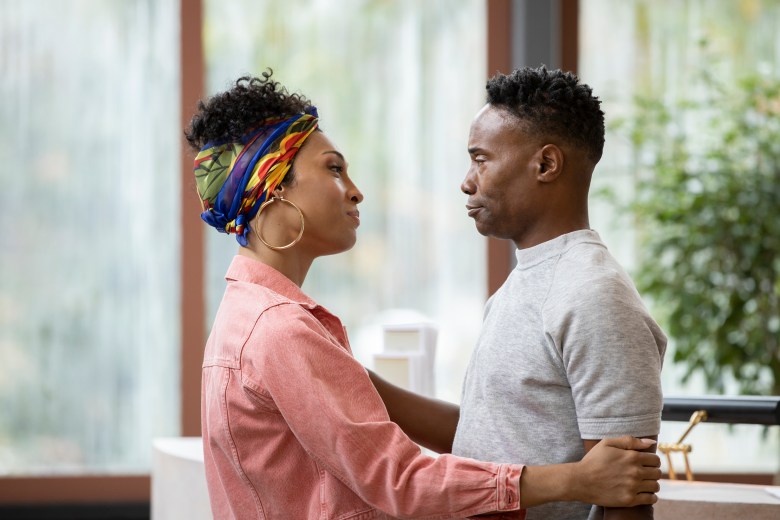 Mj Rodriguez and Billy Porter in Season 3 of “Pose”

In addition to this historic breakthrough for transgender performers, Rodriguez is also the first Latina nominated for dramatic acting in 46 years, since Rita Moreno’s 1975 nomination for “The Rockford Files.” This was news to Rodriguez.

While she’s thrilled to be the first trans performer nominated in a major acting category, she’s hoping she won’t be the last. She shares the nomination with the entire LGBTQ community.

“I hope this speaks to every single last person who sits under the trans umbrella, whether they be trans, trans female, trans male, or gender non-conforming, or any person who is a part of the LGBTQIA+ community. I feel like this is a huge milestone, a huge stepping stone, history being made for us,” she said. “There are so many others just like me who just want to be seen as human. Down the line, yes, I hope our trans-ness is seen, but I hope that’s not the leading force. I hope people see that we are love, and we are beings that just want to exist.”