MOLLY-MAE Hague stripped to a nude bodysuit as she gushed her "proudest moment" was founding her tan brand before getting into the festive spirit.

Pretty Little Thing's UK and EU creative director, 22, took to her Instagram Stories to answer an array of queries from fans following her relative absence from social media. 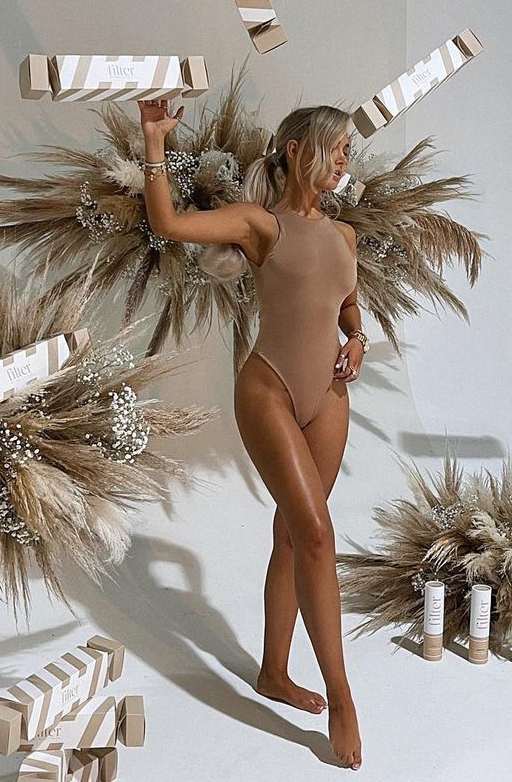 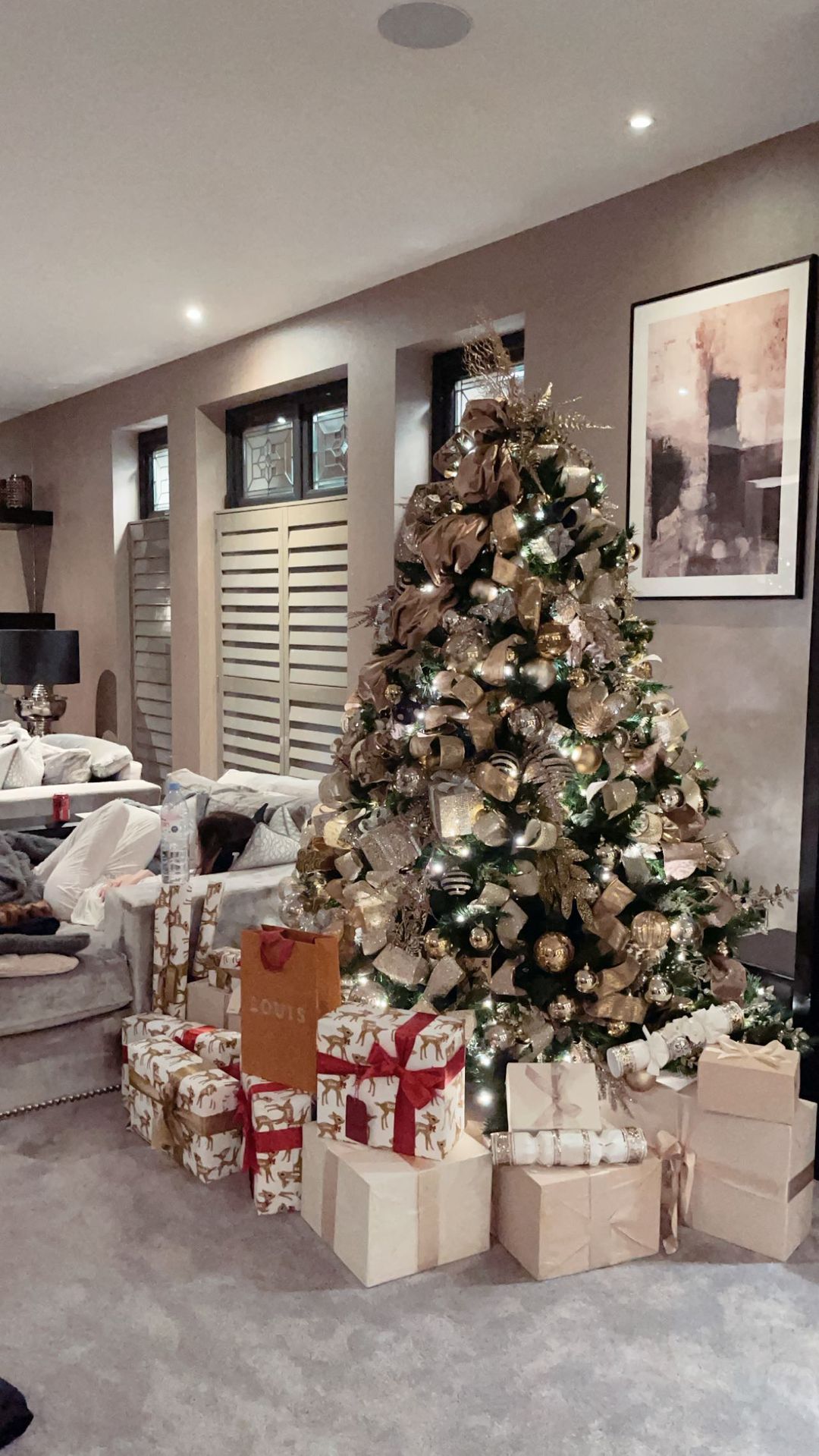 Molly had taken a break from the platform amid a tough month which saw the flat she shared with boyfriend Tommy Fury broken into and £800K of items stolen, before the boxer was forced out of his latest fight through injury.

Making a hugely welcome return to the platform, the Filter founder gave a glimpse into her festive preparations in her new home.

She later honed in on the array of personalised presents for her management team under her tree.

Each gift was wrapped carefully in reindeer-print paper personalised with the recipients' names.

Molly-Mae added the caption: "My wrapping paper this year."

There was also an orange bag containing more gifts under the twinkling tree.

She followed up the festive post with a plug for Filter, which firstly saw her wrapped in a white robe holding a huge Filter Christmas cracker.

The second shot saw Molly showing off her sensational figure in a tan-coloured bodysuit as she clutched onto another cracker.

Molly previously revealed how the shoot happened just days after her endometriosis surgery.

The former Love Island star has given support and hope to many battling the women's health condition with her no-frills analysis of her experience of excruciating pain akin "to labour" and being "unable to stand up" due to her suffering.

The influencer has never shied away from sharing her feelings with fans and this week broke down while talking about Tommy on her YouTube channel.

Molly was seen telling her fans that Tommy, also 22, is "hurting so much" after being forced to cancel his fight against Jake Paul over a medical condition.

Molly said: “I don’t like coming on my YouTube channel and reeling off my problems and making you guys, after this video, be like ‘that was such a miserable video’.

“But at the same time I would never come on here and paint a pretty picture and be like, ‘things are so great and my life is so perfect’, when it is far from right now.

“I know you guys probably want me to come on here and be more specific and talk about the fight and what’s been going on, but it’s not my situation to talk about, it’s Tommy’s thing.

“I’m just here to be his rock and to support him through thick and thin. When you love someone so deeply and they’re hurting so badly and going through something so rubbish you can’t help but feel it yourself."

Earlier this month Tommy was forced to axe his fight with Jake after suffering a fractured rib and chest infection.

He said: "I took a little clip to the body and because my body was so weak due to the virus inside of me… I instantly knew something wasn’t right.

"I was throwing up from the pain, I was doubled over, I literally got my bag and went straight to the hospital, straight for an MRI scan, and I got the results back the same day and the results uncovered that I had a clean break in my rib and I had multiple fractures.”

Molly and Tommy suffered another blow this week when new Covid restrictions meant she was forced to cancel their upcoming holiday to Dubai – her Christmas present to him.

She said: "We did have a holiday booked the first week on January to go to Dubai for two weeks, to our favourite hotel, and we've obviously had to cancel that.

"That was my Christmas present to Tommy so now I'm without a holiday and also stuck without a present for Tommy."