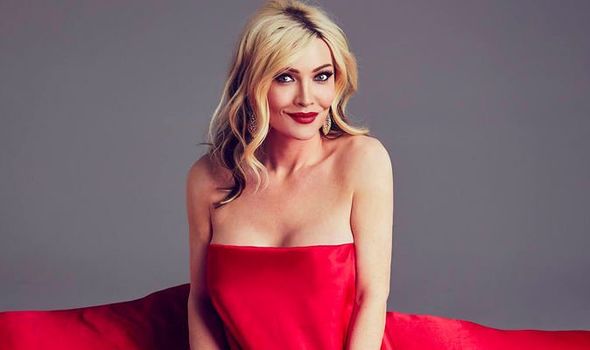 She can’t stand Love Island; won’t say no to an Emily in Paris marathon, and learned more watching Knots Landing than at school.

What was your first TV memory?

Penelope Pitstop on Wacky Races, and a cartoon series called Jem which was quite dark and twisted – a girl’s dad dies, she inherits his record company who have funded an orphanage. But the dad’s right-hand man is corrupt, the orphanage is burnt down, the girl’s band has rivals… I learned life lessons from cartoons!

What was your first TV appearance?

As an extra on Coronation Street. It was in a prison scene when Beverly Callard’s character Liz McDonald was visiting her son Steve and I was on a table behind – that was 27 years ago.

Who was your first TV crush?

I can’t tell you! He was an actor on London’s Burning, one of the fittest, and I really fancied him. We met years later and got it on!

What is your favourite current show?

Call My Agent on Netflix. It’s real, it’s witty; it’s what agents are like. So accurate. Emily In Paris rings true too, with the rivalry and backstabbing.

Which TV show would you take to a desert island?

Knots Landing. It was a spin-off from Dallas about couples living in a cul-de-sac, and it was the unsung hero of 1980s soaps. It used to be on at 1.40pm. I caught an episode when I was off ill, and after that I used to bunk off school to watch it. It taught me more than school ever did.

What TV show would you like to put out of its misery?

Naked Attraction – it’s absolutely disgusting, judging people by their genitals. The people behind it should be made to do it themselves. I’d axe Love Island too. You can get arrested for wolf-whistling but, on TV, men get to judge women in a line-up.

Watching great old shows like Minder, The Professionals and Golden Girls for that warm glow of nostalgia.

What are you up to at the moment?

Promoting Ruthless Women, it’s my biggest best-seller and it’s inspired by My TV Life in a way. It’s set on a TV soap with beautiful people on a private island who kill to survive. The follow-up will be Guilty Women. My play Thunder Girls is back next year too.

* Ruthless Women by Melanie Blake is out now in paperback (Head Of Zeus, £8.99)