New EastEnders pictures reveal what happens next after Mick's disappearance 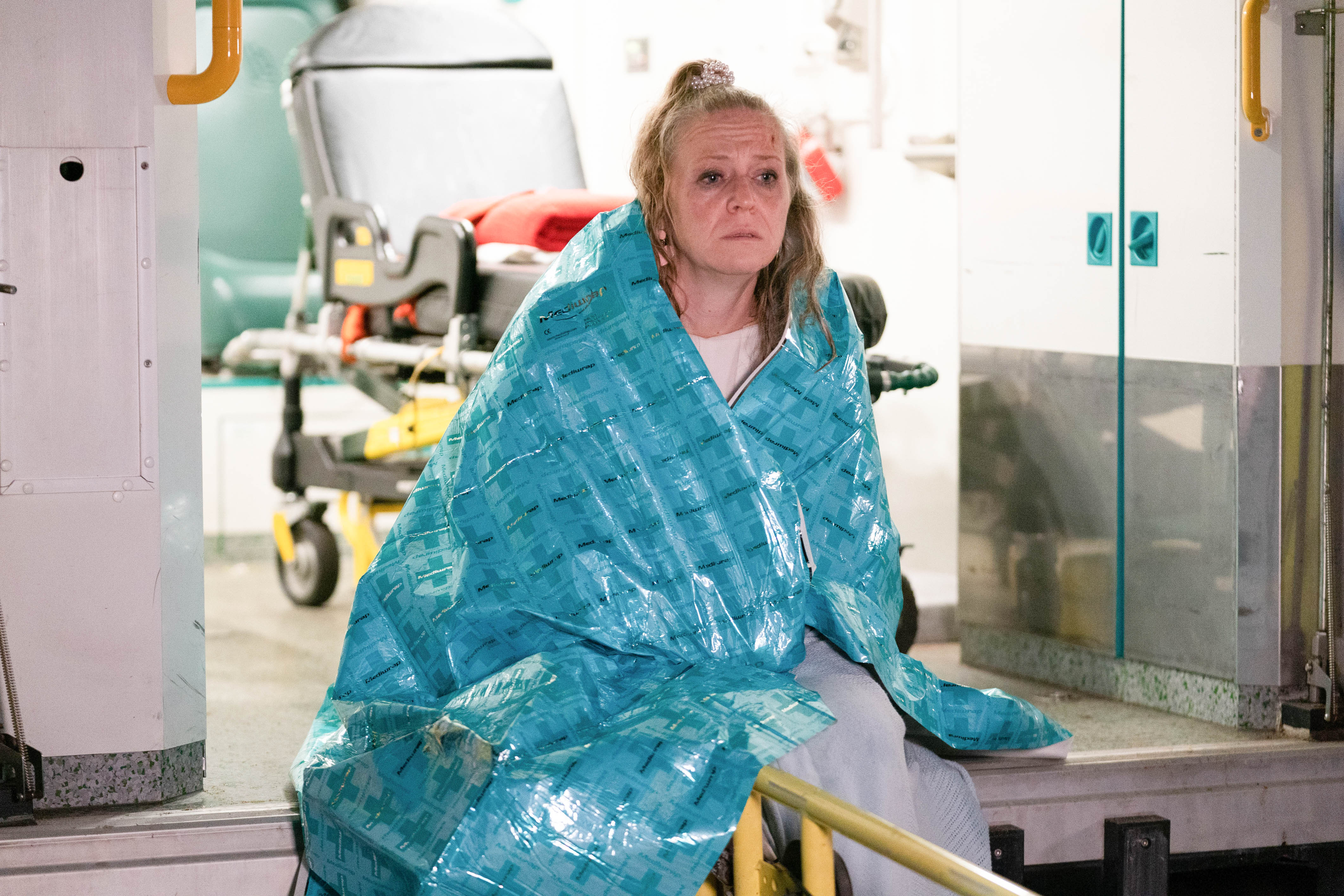 Mick Carter (Danny Dyer) sacrificed himself in EastEnders in a bid to rescue Linda (Kellie Bright) from a watery fate, unaware that his ex-wife had already made it to dry land.

The Queen Vic landlord, as viewers know, jumped into the icy cold depths of the ocean after Janine Butcher (Charlie Brooks) drove her car off a cliff, with Linda inside.

Linda, in typical Linda fashion, did her best to rescue Janine as the car became submerged in water, but the doors wouldn’t open from the inside, so the matriarch instructed Mick to go around and rescue his new wife first.

Mick followed her advice, opening the car door and pulling Janine to safety, lying her on dry land before bravely returning to the ocean to retrieve his beloved L.

Little did he know, however, that Linda had managed to get out of the water by herself.

Upon realising that soulmate Mick, who she’d just reunited with hours previously, had jumped back in to save her, Linda called out at the top of her lungs.

But Mick was gone. Vanished at sea.

In terms of cliffhangers, so to speak, this one was up there with the best, with viewers no doubt desperate to find out what happens next.

What we can tell you is that the fallout from Christmas Day continues, with the BBC One soap teasing what’s to come in these first look pictures, which see Linda being tended to by paramedics following her ordeal.

The Boxing Day outing of the soap, which can be streamed on iPlayer from 6am, see the landlady and love rival Janine return to the Square after the shocking events of the festive season.

But what about Mick? Is this truly the end for the much-loved character?

According to EastEnders boss Chris Clenshaw, we’ll ‘just have to wait and see.’ Linda, however, will be an integral character to the show moving forward, with Chris confirming ‘big plans’ for her.

”She’s not going to get over Mick very quickly,’ he said.

‘She was just reunited with him then he was snatched away from her so it won’t be all smiles straight away, but there are big plans for Linda.’

EastEnders airs these scenes on Boxing Day at 7:30pm on BBC One or stream first from 6am on BBC iPlayer.