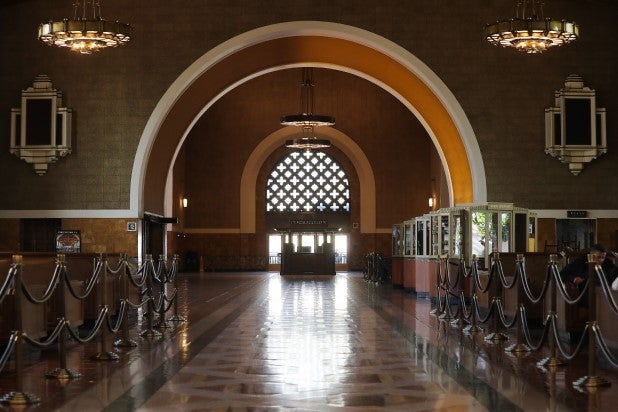 At the start of the Oscars nomination announcement presentation, the Academy of Motion Picture Arts and Sciences announced that it will host this year’s ceremony at both its traditional home at the Dolby Theatre in Hollywood and at Union Station in downtown Los Angeles to allow for COVID-19 social distancing.

Built in the 1930s and praised for its mix of Art Deco and Spanish Revival architecture, Union Station has been used in many Hollywood films over the decades, including “Blade Runner,” “The Dark Knight Rises,” and “To Live and Die In L.A.” Now it will host Hollywood’s biggest night.

The Oscars have been hosted at the Dolby Theatre since it was opened on Hollywood Boulevard in 2001. Past venues that have hosted the famous awards ceremony include the Dorothy Chandler Pavilion and the Shrine Auditorium.