Since the first season, Outlander fans have been desperately trying to work out how Jamie Fraser (played by Sam Heughan) was able to watch Claire Fraser (Caitriona Balfe) in the 1940s before they had even met. Jamie was also born in the 18th Century so fans have questioned whether he appeared as a ghost or was time travelling. Now a new theory has emerged suggesting Jamie was linked to a patient of Claire’s as she worked as medic during the Second World War.

Fans believe Jamie may have been reincarnated as a soldier in the Second World War as they pointed out several similarities between the two character.

Jamie’s ghost was seen by Claire’s husband Frank Randall (Tobias Menzies) as he went for a walk around Inverness while they were on their belated honeymoon.

As he returned, he spotted a highlander watching his wife and was quick to approach to find out what he was doing.

However, the figure was unresponsive and when Frank turned to follow him, he had disappeared. 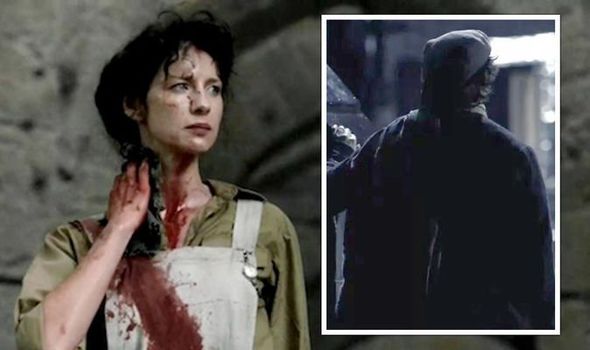 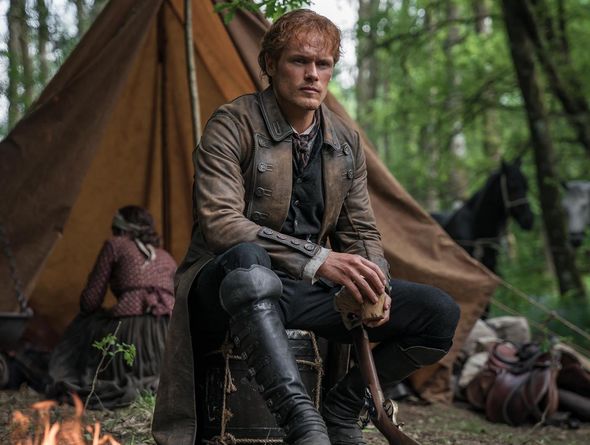 Theorising on the meaning of the moment, one fan posted on Reddit: “When Frank returns to the room after he’s seen the ghost he asks Claire if she nursed someone during the war who is now looking for her.

“Claire said that there was a Scottish man who was afraid of needles.

“In season 3 we see Jamie being afraid of the shot Claire gave him, and the one penicillin shot Claire asks him to do but he can’t.”

The fan continued: “Seeing that figure, who we know it’s indeed Jamie, watching Claire longingly ,and the way he disappeared gave me chills. 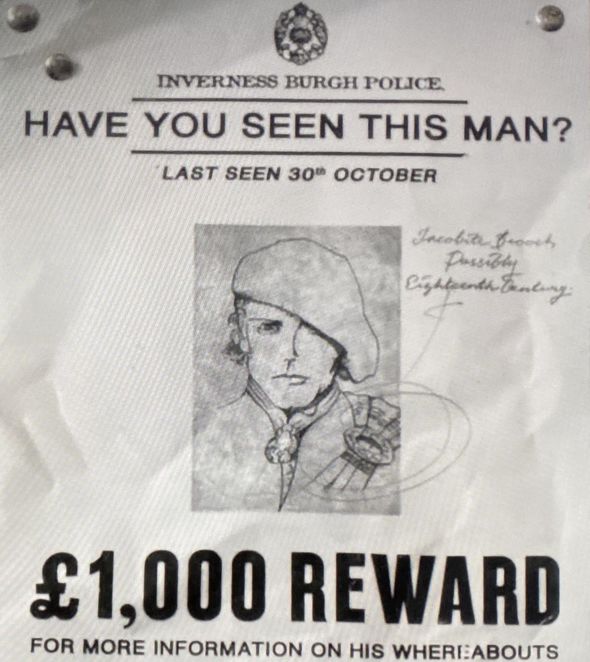 “Now as I’m about to start watching season 5 it still gives me goosebumps because I know how much he loves her.”

Unfortunately, fans won’t be getting an answer any time soon as writer Diana Gabaldon has confirmed she won’t reveal the truth until the end of the series.

Speaking when the TV show first aired, Diana told the Outlander Podcast in 2014: “Sam Heughan [the actor who plays Jamie Fraser on the TV series] asked me and I hadn’t thought about it before but I just answered him immediately.

“He’s about 25,” Diana revealed causing even more confusion amongst fans as those up to date know Jamie has recently turned 50 in the series.

The author also told her readers: “The ghost is Jamie–but as for how it fits into the story, All Will Be Explained—in the last book.”

Go Tell The Bees, her ninth book in the series has been written but fans are waiting for a release.

Diana now has to complete the tenth and final book so it could be even longer before fans find out the truth.

However, the television series often diverts from the storyline in the books so there is the potential Diana could share the outcome early.

Outlander has been renewed for a seventh season but its fate after that is still unknown.

Could the truth about Jamie’s ghost be uncovered in season seven if the show comes to an end?

Outlander seasons 1-5 are available to stream on Amazon Prime Video and Starz now.