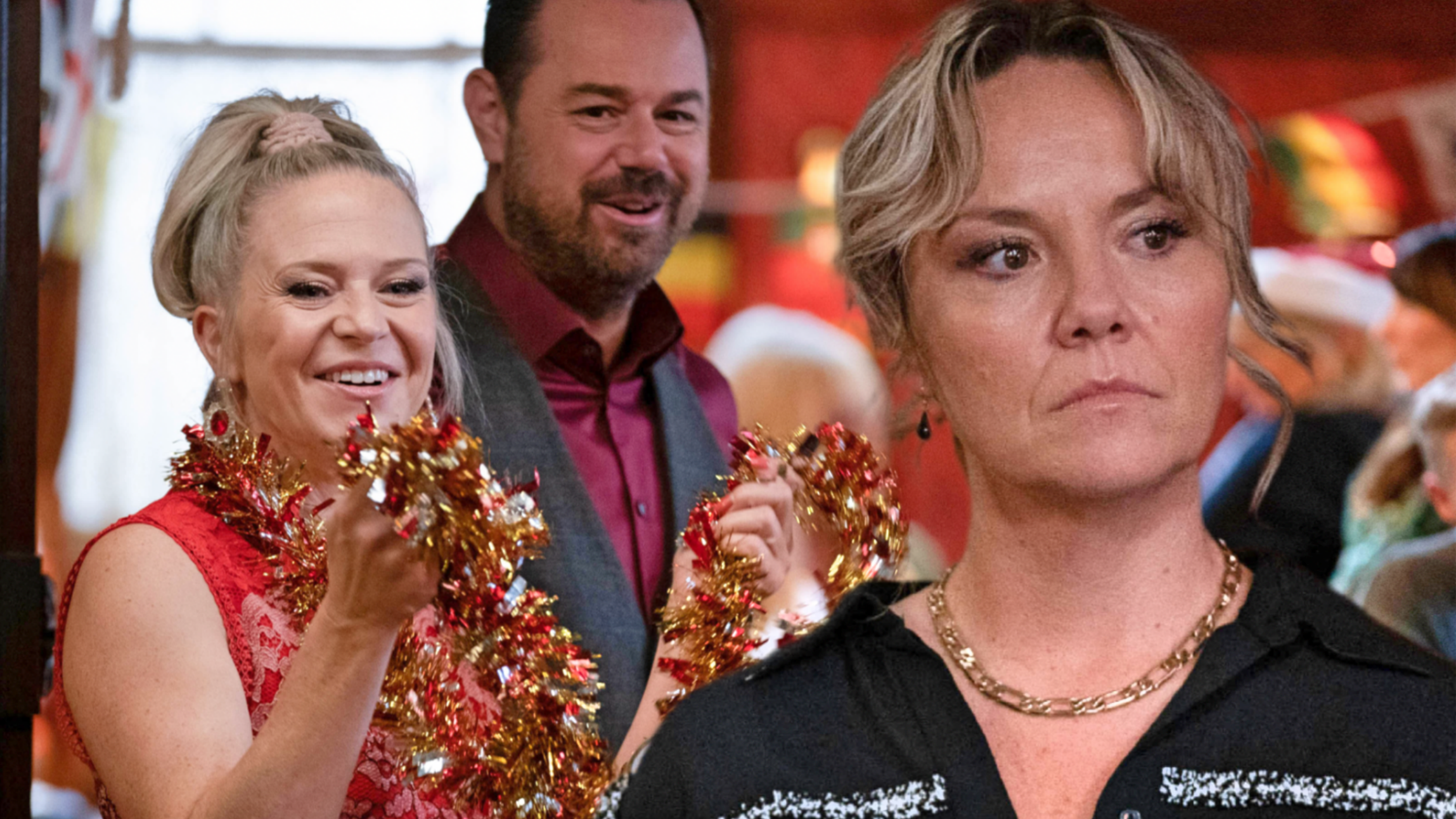 Janine Butcher’s (Charlie Brooks) world is turned upside down in EastEnders next week when she find out that, despite her efforts to keep them apart, Mick (Danny Dyer) has been with Linda (Kellie Bright) again.

The soap’s resident schemer is on cloud nine at the prospect of spending the rest of her life with Mick, but she has been growing increasingly concerned that her beau is still holding a torch for Linda.

Linda, meanwhile, has selflessly resolved to let Mick go in the hopes that he’ll be happy with Janine, but despite the former couple’s efforts to move on, it’s clear that they’re very much still in love.

With Mick spending more and more time with his ex, Janine pulls the rug out from underneath him later this week, after she catches him in a lie about where he’s been.

Mick is determined to prove himself to Janine, but next week sees things take another turn, as he rushes to Linda’s aid to assist her with the consequences of her missing her probation appointment with Murray – her community payback officer.

Linda, as viewers will know, missed the meeting in question in a bid to stay with Janine after she fell down the stairs at the tube station.

Mick is grateful to his ex for her selfless act, and thus when Sharon Watts (Letitia Dean) notifies him of the predicament in which Linda finds herself, he is determined to help out.

Janine, meanwhile, is upset to learn that Mick has been with Linda again and therefore takes shocking action, dropping some upsetting news on him.

The news in question, however, turns out to be a huge lie, which Sonia Fowler (Natalie Cassidy) works out when Mick confides in her. Sonia, fuming, confronts Janine over her lies and resolves to tell Mick the truth.

Armed with this discovery, the landlord wastes little time in confronting his fiancée, determined to find out what she’s keeping from him.

Janine panics, but is her true nature set to be exposed at last?

That remains to be seen, but Shirley sees straight through the schemer and calls her out for her lies.

But just who is on the other end of the call? Now that is the question, isn’t it?

Later, Janine’s paranoia spirals out of control as she struggles to stop thinking about Mick and Linda’s closeness, and even resorts to spying on them, which Sonia catches her doing.

Linda, meanwhile, prepares to meet Karl for a date – the very same Karl who stood her up previously – but she confides in Mick about her big concerns.

Subsequent scenes see Linda set off to Walford East for her date, which gets off to a good start, but Mick soon arrives with Janine, who is suspicious – convinced that her beau knew full well Linda would be there.

The manipulator vents to Sonia about Mick and Linda once more, but Sonia reckons it’s all in her head, claiming that Linda is very much out of the picture.

But her words of support do little to quieten the concerns of Janine, who sets in motion a plan to cement herself into Mick’s life once and for all on the eve of the Christmas lights switch on.

Things, however, take a shock turn, and Janine is dealt a devastating blow.

The question is: just what is it?