“Puss in Boots: The Last Wish” is directed by Joel Crawford and follows up from the 2011 “Shrek” spinoff 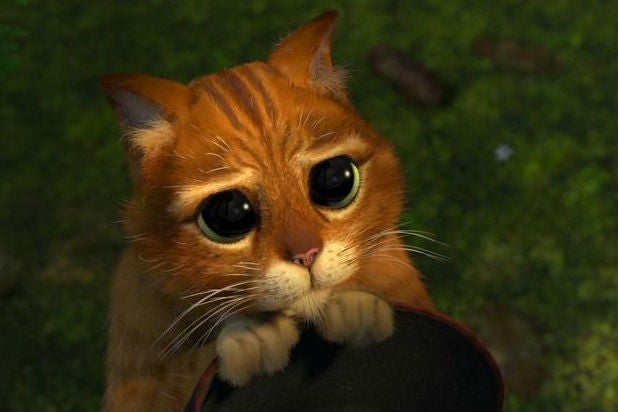 Puss in Boots is back in action. DreamWorks and Universal have set a release date for a sequel to the 2011 animated film “Puss in Boots” starring Antonio Banderas, and it will open in theaters Sept. 23, 2022.

The new film “Puss in Boots: The Last Wish” is directed by “The Croods: A New Age” director Joel Crawford and is a follow-up to 2011’s “Puss in Boots,” which was a spinoff of Antonio Banderas’ swashbuckling cat character from the “Shrek” films.

DreamWorks and Universal have also set a release date for the previously announced adaptation of “The Bad Guys,” which will now open on April 15, 2022.

Banderas will reprise his voice role in “Puss in Boots: The Last Wish” in a new film that sees Puss having burned through eight of his nine lives. He now sets out on a new epic journey to find the mythical Last Wish and restore his nine lives. Mark Swift is producing “The Last Wish.”

The character of Puss in Boots first appeared in 2004’s “Shrek 2” and then co-starred in two other Shrek sequels before landing his first solo film, 2011’s “Puss in Boots.” The film earned $550 million worldwide at the box office, and the Shrek films collectively have earned more than $3.5 billion.

“The Bad Guys” is based on the blockbuster series of books by Aaron Blabey and is the feature debut of director Pierre Perifel, who worked on the “Kung Fu Panda” films. The story follows five notorious bad guys — Mr. Wolf, Mr. Snake, Mr. Piranha, Mr. Shark and Ms. Tarantula — who after a lifetime of pulling legendary heists are now going good, however difficult that may be for them.

The film is produced by Damon Ross and Rebecca Huntley. The executive producers are Blabey, Etan Cohen and Patrick Hughes.