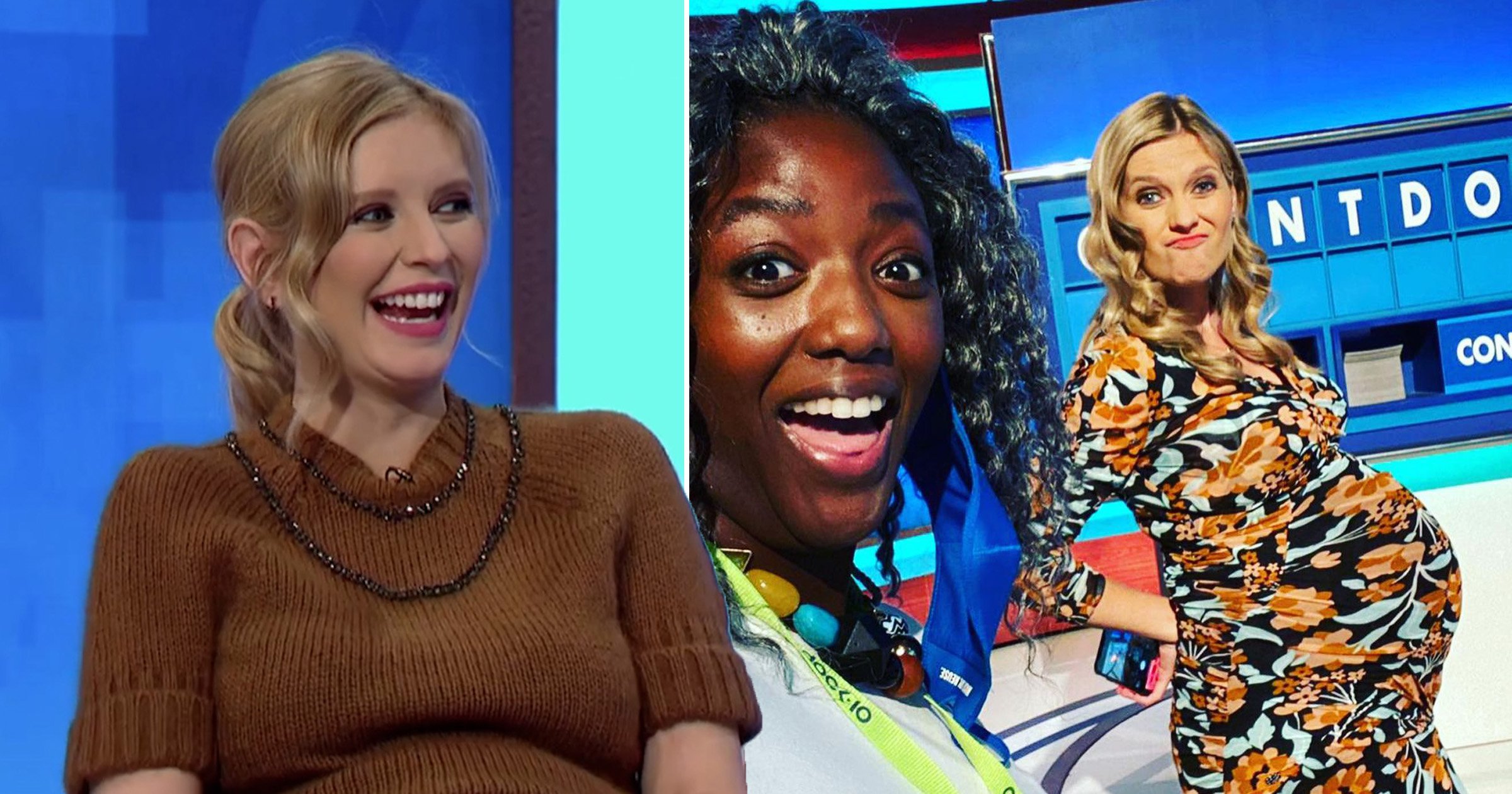 Rachel Riley has said her goodbyes to the Countdown crew as she heads for maternity leave.

The 35-year-old presenter shared behind the scenes snaps from the Channel 4 set, showing off her baby bump.

Rachel was joined by computing and maths expert Dr Anne-Marie Imafidon in the photos, who will be taking over as presenter while she is on maternity leave.

The star will still appear on-screen until December and Dr Anne-Marie will fill in for Rachel until she returns next year.

The Countdown host captioned her post saying: ‘Well that’s it from me, I’ve officially finished filming to pop a baby out!’

‘You’re stuck with me on screen till December when the totally amazing @notyouraverageami will be keeping the numbers in line till I’m back next year!’

Well thatâs it from me, Iâve officially finished filming to pop a baby out!

Youâre stuck with me on screen till December when the totally amazing @aimafidon will be keeping the numbers in line till Iâm back next year!

Hope you have loads of fun Anne-Marie, best of luck lovely! pic.twitter.com/dUZnwFvERL

The maths enthusiast began her career on Countdown in 2009 when she was 22, replacing long-serving mathematician Carol Vorderman.

Rachel is already a mum to one-year-old daughter Maven, who she shares with former Strictly Come Dancing dancer Pasha Kovalev.

The loved-up couple met on Strictly Come Dancing in 2013 when he was still a professional dancer on the series and Rachel was a contestant.

Following the presenter’s split from her first husband Jamie Gilbert, the well-known presenter and the ballroom dancer started dating.

Rachel and Pasha – who tied the knot in Las Vegas 2019 – announced they were expecting their second child back in April.

Speaking to OK! Magazine, Pasha said: ‘We’re looking forward to welcoming them into this world, sometime in October.’

Could be a matter of days now!