The six-part series will have "10 Australian comedic actors and stand-ups competing to make each other laugh first" with the winner scoring $100,000, the streaming service has announced. 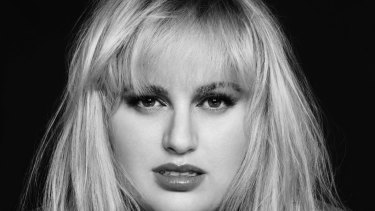 It will premiere exclusively on Amazon's Prime Video service in 2020.

"I've already had the chance to work with Alexa and on Audible, so working with Prime Video seemed an obvious choice," Wilson said in a statement. "I can't wait to see what these talented Australian comedians come up with and how far they'll go to take home the prize."

Described as a "comedy-variety series", the program follows a successful format previously produced by Amazon Prime in Japan and Mexico.

Production for the series will take place in Sydney this spring, with the streaming service set to reveal the "leading Australian comedians" who will take part in the program in the coming weeks.

James Farrell, head of International Originals for Amazon Studios, said "Australia was an easy choice for the next country to bring this to and Rebel Wilson was the top of our list to host and star".

The program marks the first Australian series to be produced by Amazon Prime since the streaming service first launched here in December 2016.

While its initial cost in Australia was $2.99 per month, reflecting what was a sparse library compared to industry leader Netflix, the service is now part of an expanded Prime membership which also gives members access to music, gaming, e-books and shipping for $6.99 per month or $59 per year.

The series, to be produced by Endemol Shine Australia, also marks another hometown return for Hollywood star Wilson, who is currently appearing in the ABC's noir-comedy Les Norton.