Real Housewives of Orange County star Kelly Dodd has taken to Instagram once again to speak her mind, and this time, she took aim at her ex-husband Michael Dodd.

Kelly shared a text message exchange between her and Michael in which she asked him to pick up their daughter Jolie from her tennis match.  Michael’s response was, “I can’t today, I’m busy.”

She shared the post on her Instagram story with the caption, “What kind of father doesn’t want to spend time with his daughter? Hasn’t been with her in 6mo. Thank god for [Rick Leventhal].

Kelly praised her new husband, Fox News reporter Rick Leventhal, who she married last month before continuing to go off about Michael in a live video.

She said, “Michael doesn’t want me to blast him anymore….he does nothing with Jolie. He doesn’t want to see her.”

She revealed they were battling legal issues and said, “He’s been taking me to court.  I’ve spent thousands and thousands of dollars to my attorney…I keep spending money on lawyers to tie up loose ends…and he just won’t sign the papers he keeps dragging it out and dragging it out.” 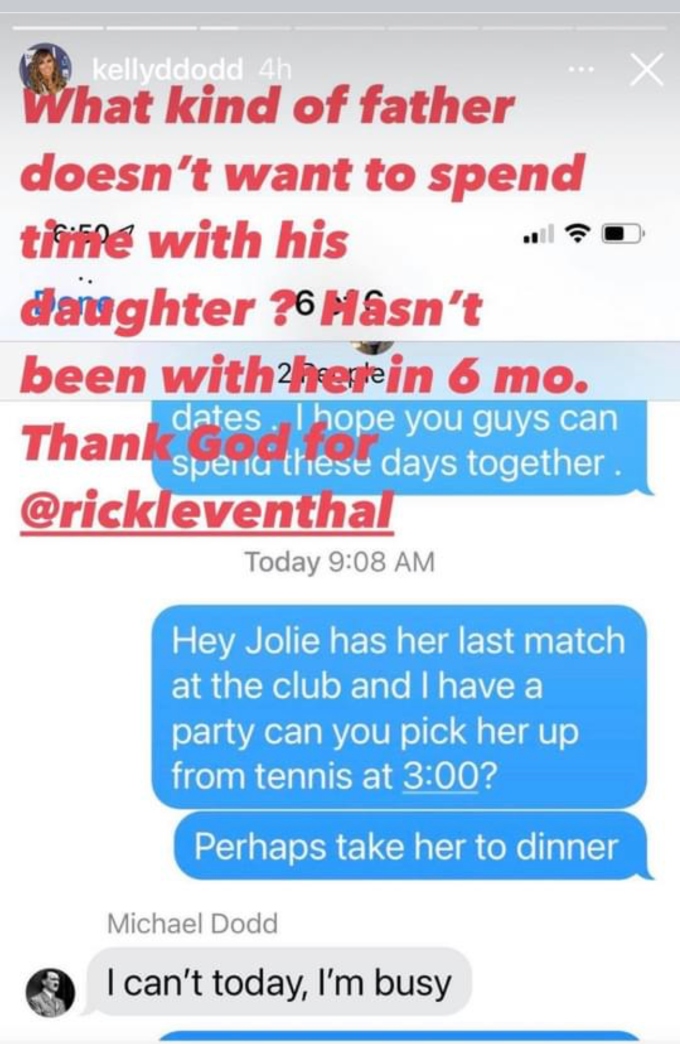 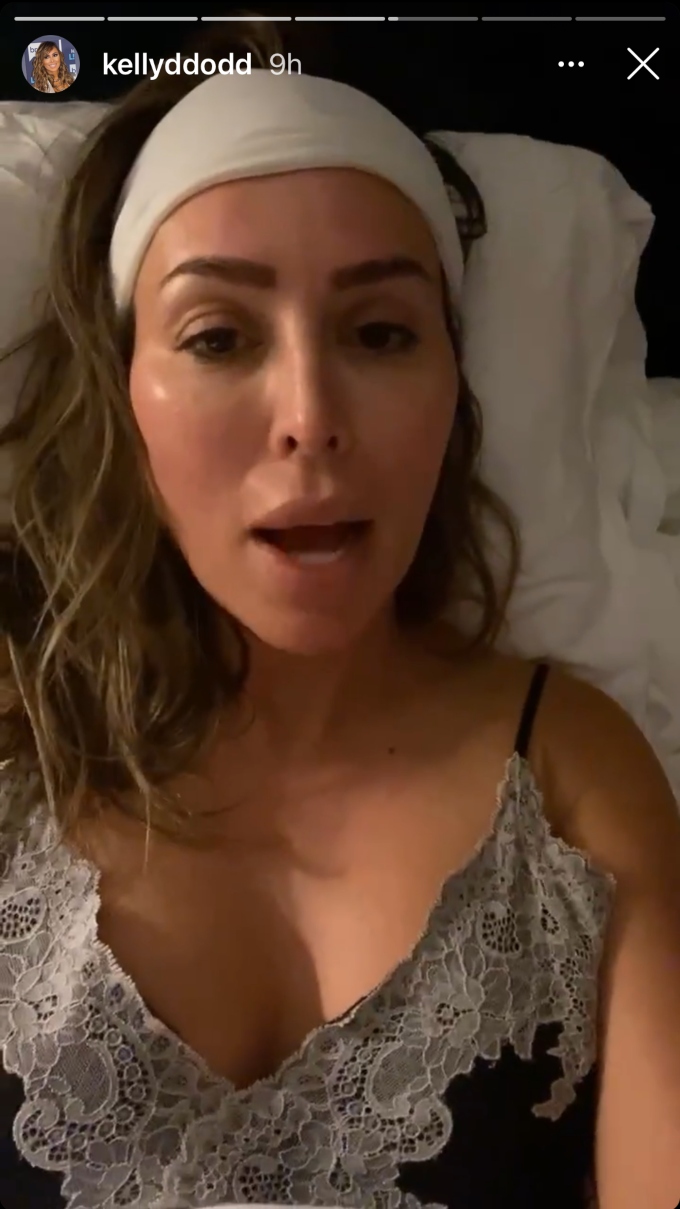 Kelly and Michael’s past

Kelly married Michael in 2006.  The couple had many ups and downs in their on-again-off-again relationship.

They hit a rough patch in 2014 when Michael filed a restraining order against Kelly for an alleged domestic violence incident. According to Us Weekly, the case was dismissed after Kelly attended ten Alcoholics Anonymous meetings and six months of therapy.

After 11 years of marriage, they decided to call it quits in September 2017, and their divorce was finalized the following year.

Kelly met Rick in 2019, and they became engaged after only three months of dating. The couple married last month in Napa Valley.

Less than a week following their nuptials, Kelly was quick to blast Michael for being a deadbeat dad in an Instagram post that was quickly deleted from her account.

Kelly said to Jolie, “Aren’t you glad you have a real dad like Rick Leventhal instead of your father, Michael, who you haven’t seen in…how long?”

Jolie responded, “Like five months,” and held her hand up in front of her face.

Since the video, it appears things haven’t gotten much better with Kelly and her ex-husband as he’s continued to be absent from Jolie’s life, according to Kelly’s latest rant.

The details of Kelly and Michael’s lingering legal issues remain unclear, but one thing is for certain; if things don’t go her way, she will most likely have something to say about it.

The Real Housewives of Orange County airs Wednesdays at 9/8c on Bravo.