RICHARD Arnold "whipped out his Mr Whippy" for Kate Garraway as the temperature soared in the Good Morning Britain studio today.

The cheeky showbiz correspondent cycled onto set at 6am with a string of risque innuendos up his sleeve, on what is set to be the hottest day on record in Britain. 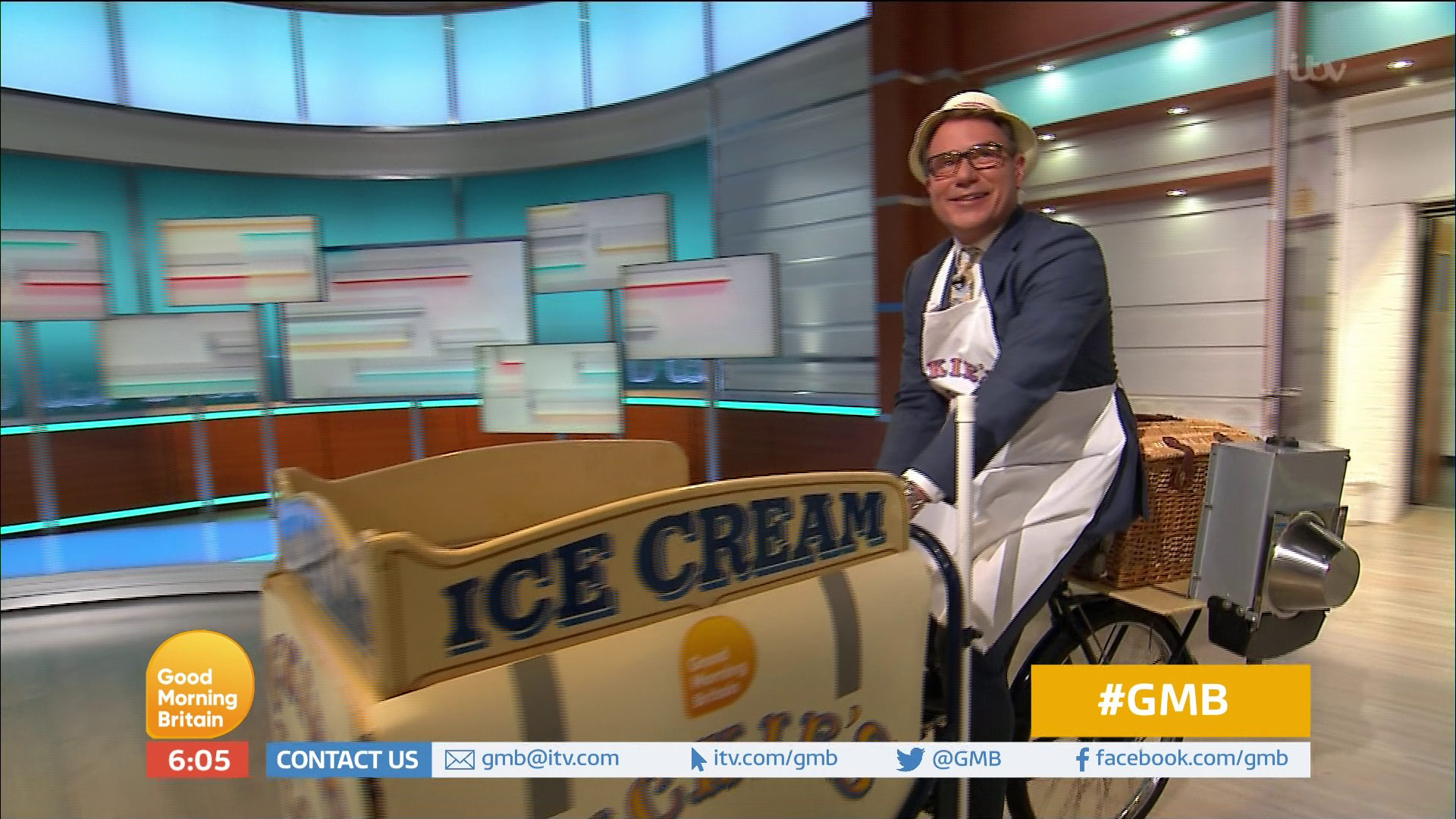 Dressed in an apron and straw hat, Richard, 49, sang: "Who will buy, my beautiful icies" and cranked a horn on a vintage ice cream delivery bike, with the name 'Dickie's'.

Kate was howling with laughter and kicked off the Carry On style sketch, asking him: "What have you got in there that could tickle our fancy?"

The host then pulled out a phallic shaped ice lolly and handed one to Kate and Adil. 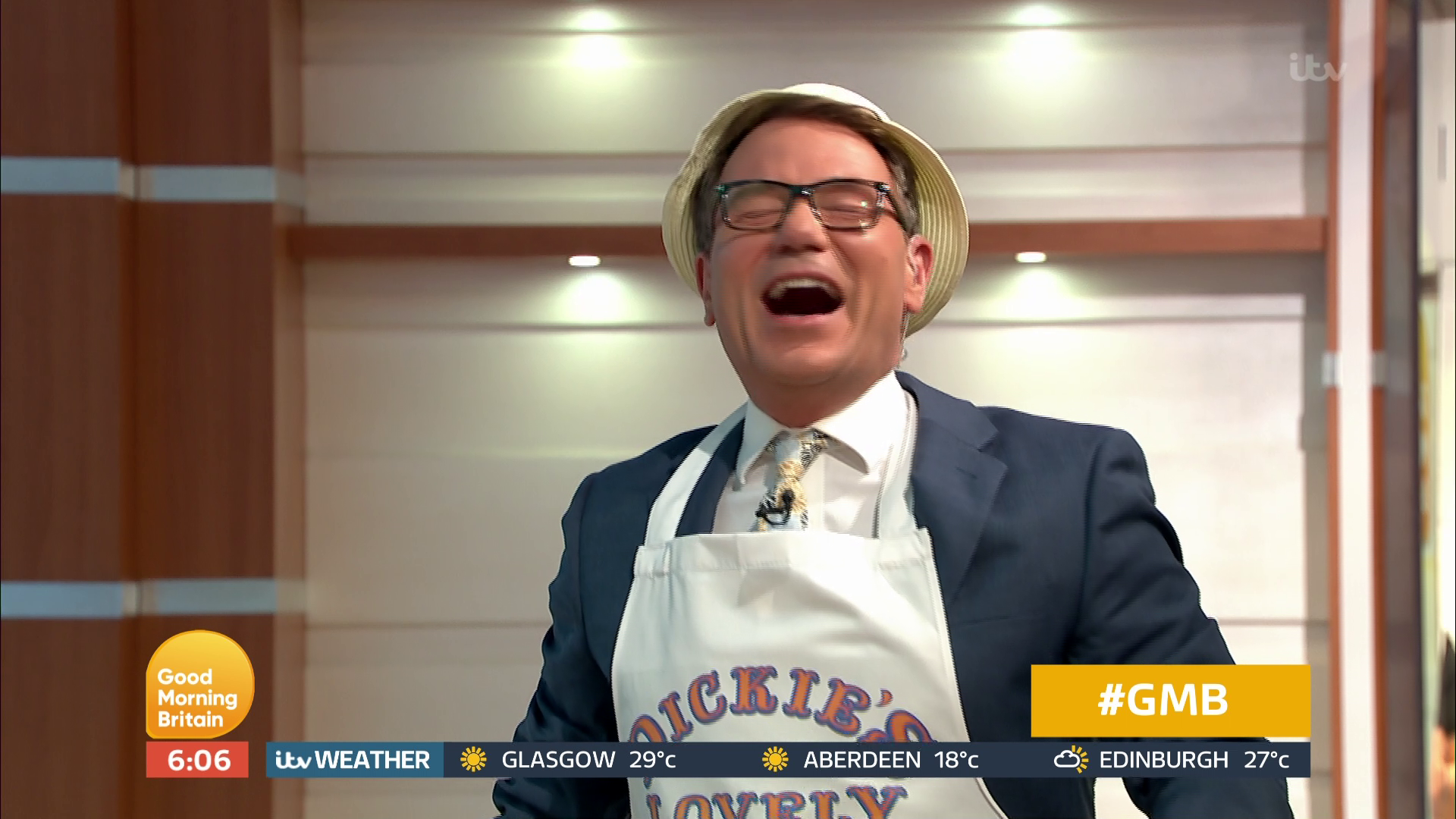 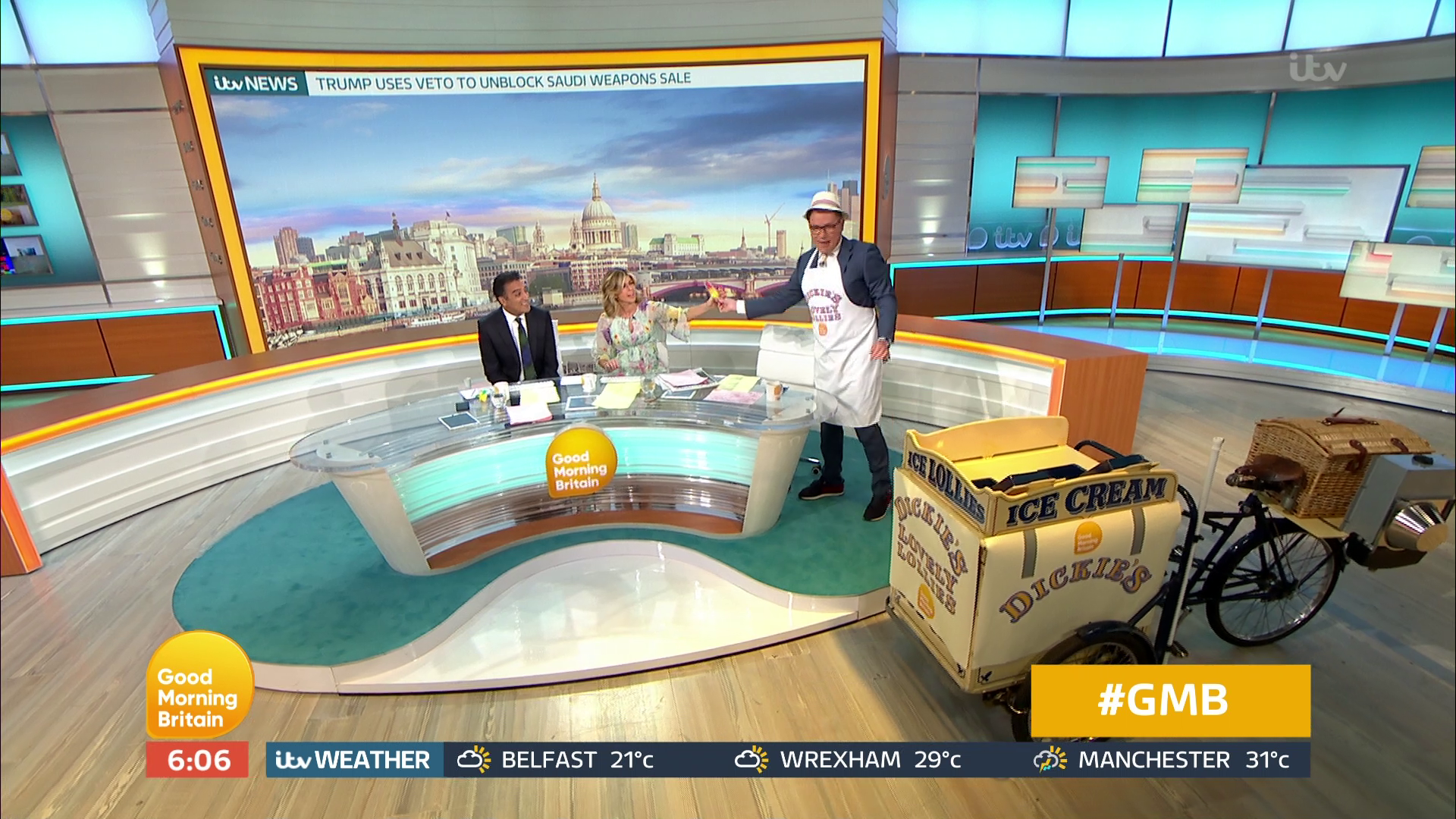 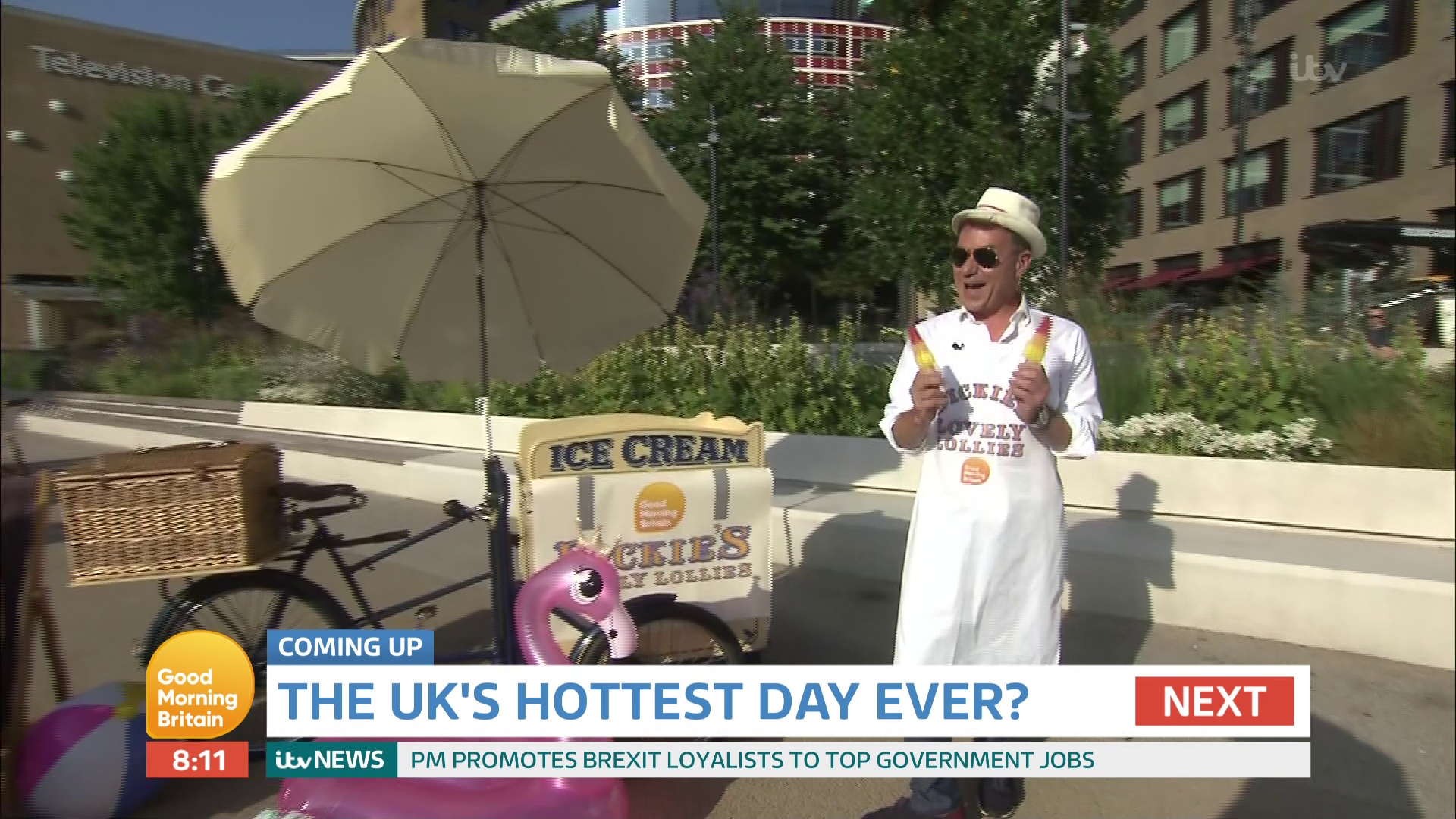 He told Adil: "I had you down as a strawberry miffy man but I've only got this."

Licking their lollies with delight, he added to Kate: "We're embracing the heat and we're giving out ice lollies after eight O'clock here in White City.

"So if you're in the hood, and our public liability can hold up to any allergies you might have, I'm more than happy to whip out the Mr Whippy."

The Carry On style sketch brightened up viewer's mornings and came a day after Richard and Kate caused a storm with their sexy pottery sketch on Tuesday. 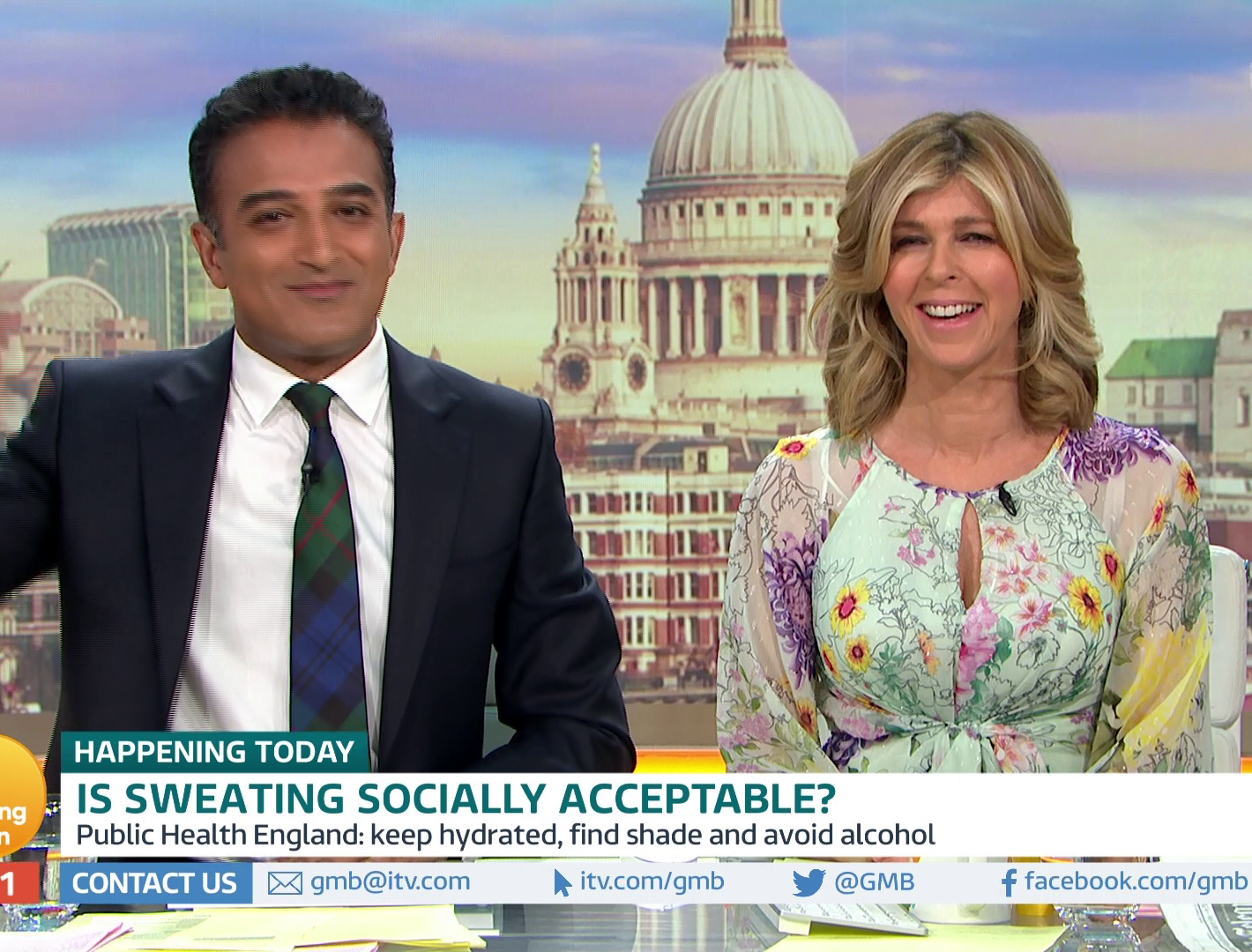 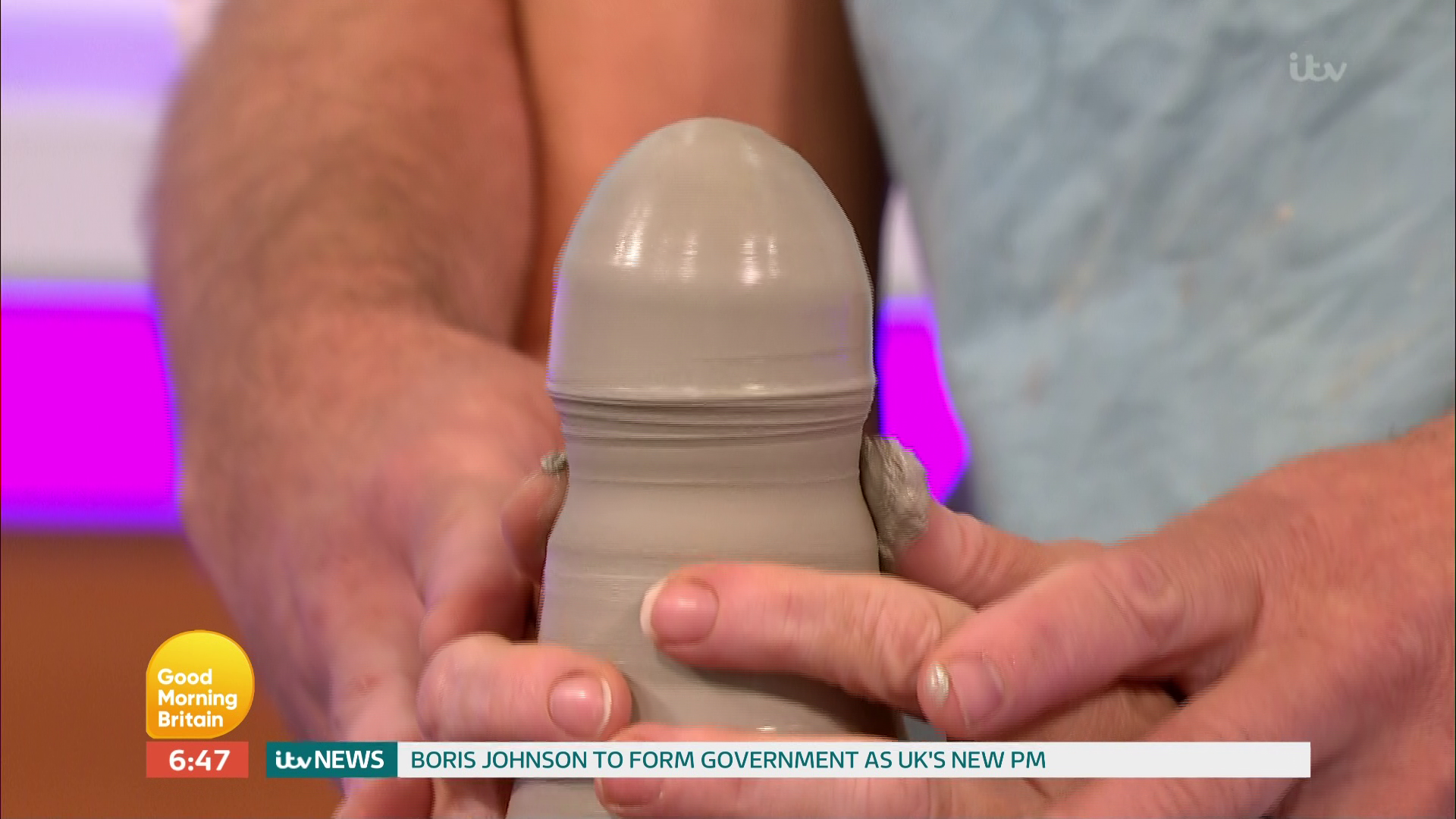 The pair awkwardly re-enacted the pottery scene from hit 90s film Ghost and as the camera panned out on their rude-looking creation, they collapsed into giggles and lost control off the potter’s wheel.

The hilarious moment came as quite a surprise to many watching so early in the morning.

Taking to Twitter, one wrote: “A phallic lump of clay at 7am anyone @GMB think that could be a tad inappropriate?"

While another thought it was hilarious, writing: “Funniest thing I’ve seen all morning.” 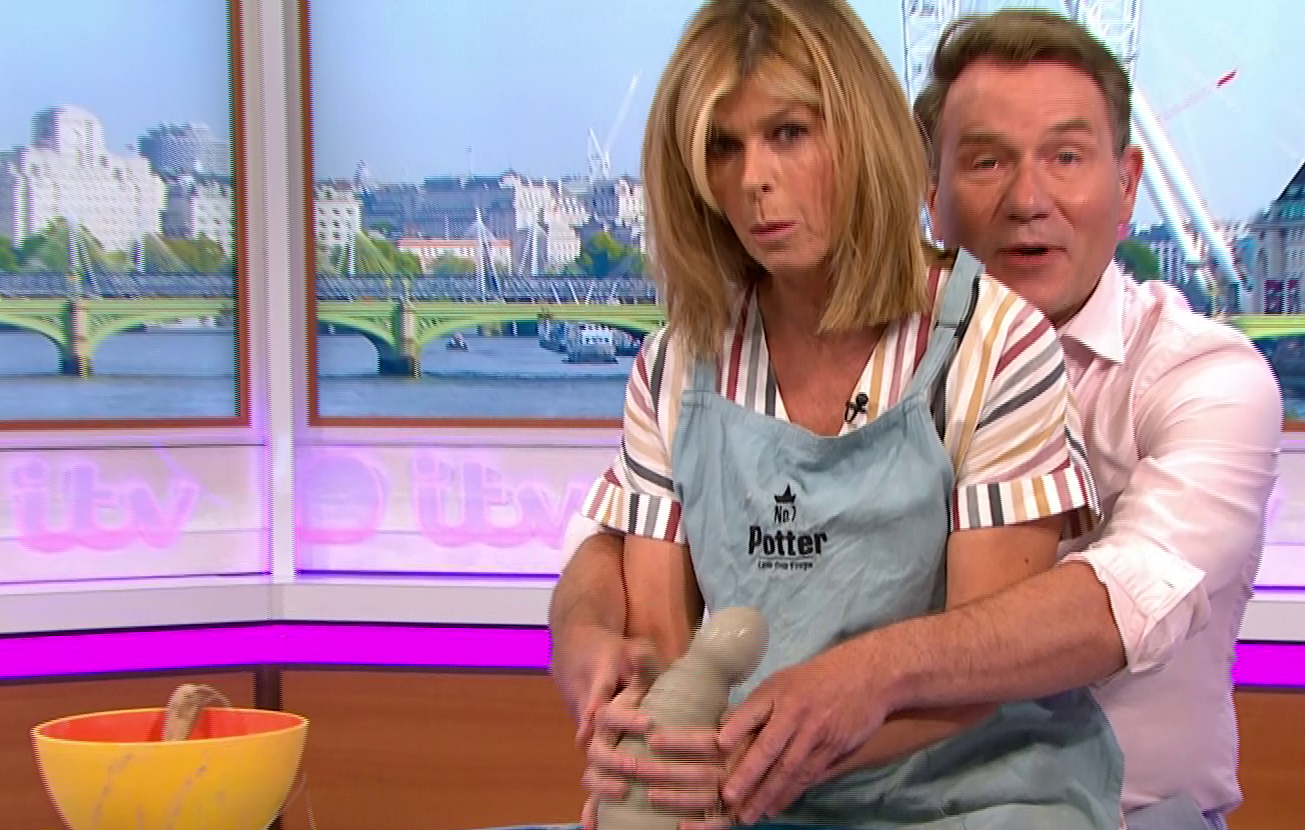 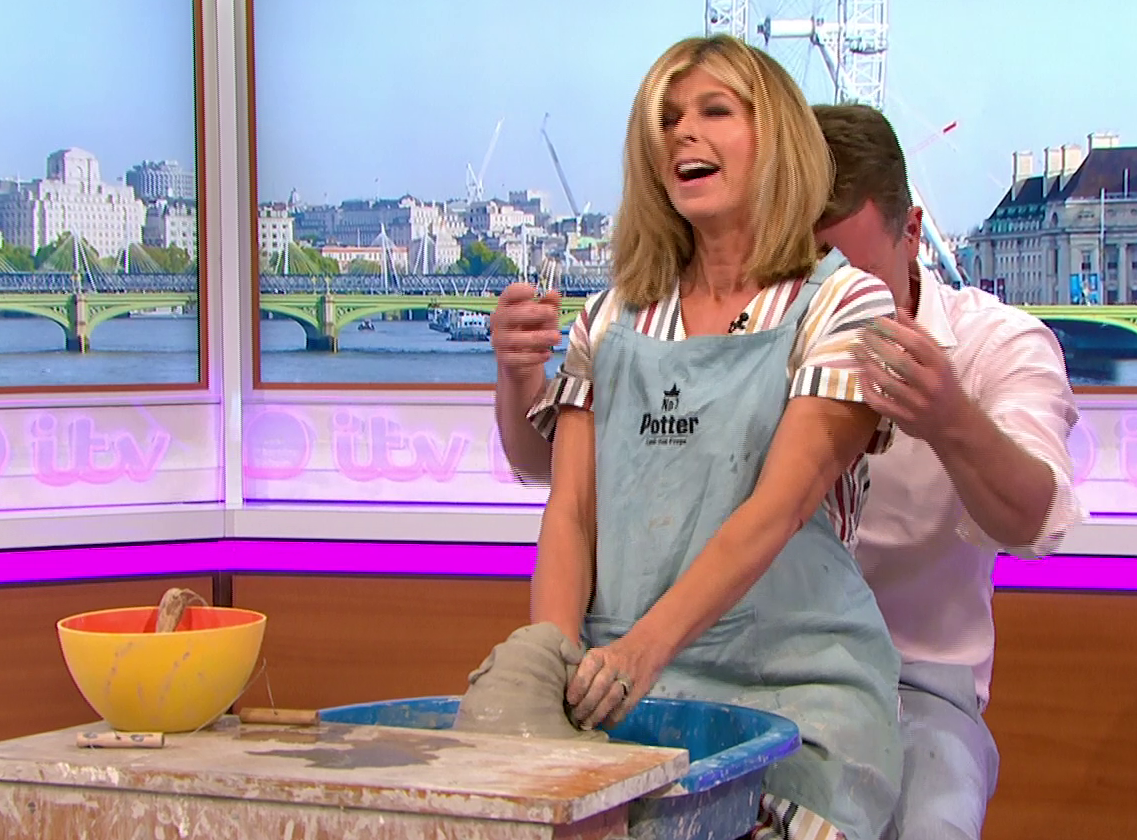 The GMB presenters were seen getting cosy as they made pottery together, with Richard sat behind Kate with his hands on hers – just like the scene in Ghost made famous by Demi Moore and Patrick Swayze.

Kate, 52, was seen rubbing her hands around the clay as she sat in Richard's lap.

"It's relaxing, isn't it? This is strangely relaxing,” said Kate as Richard struggled to keep a straight face.

However, just as she said this, disaster struck as the pottery began to go everywhere with the pair collapsing into laughter.