Robert Pattinson’s full debut as Batman is almost upon us but, for now, we’ll have to make do with the first snippet of him voicing the superhero.

A teaser for The Batman, directed by Matt Reeves, was released on Thursday and really doesn’t give anything away with the full trailer set to arrive on October 16.

The six-second clip features Robert as Bruce Wayne saying: ‘It’s not just a signal. It’s a warning,’ as rain pours down on a red spotlight with ominous music playing in the background.

Text then flashes on the screen informing viewers: ‘See the new trailer. DC FanDome. 10/16. The Batman.’

He said less than 10 words but Robert has already impressed fans with his deep and gruff Batman voice, with one tweeting: ‘Robert Pattinson has absolutely nailed the Batman voice.’

‘BEST BATMAN VOICE EVER,’ one even declared. 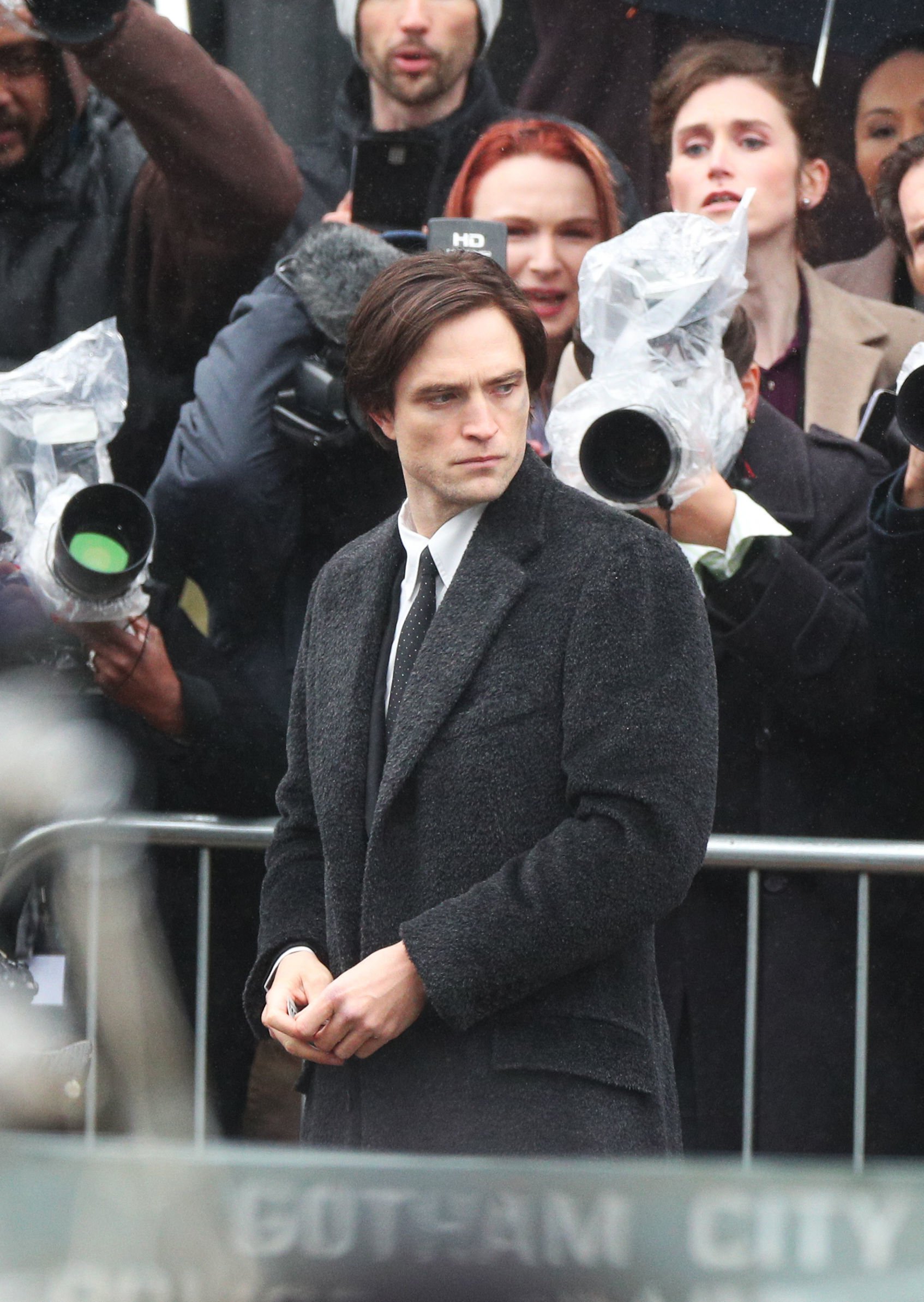 ‘It’s so surreal hearing him talk as batman… even though I’m familiar with his voice,’ one chimed in.

One other praised: ‘I’ve only heard him say like two sentences so far but Rob’s Batman voice is already my favorite Batman voice.’

Filming on The Batman wrapped up in March after the cast and crew pushed on through the Covid pandemic.

Reees’ standalone blockbuster will star Zoe Kravitz as Catwoman, Colin Farrell as The Penguin, Andy Serkis as Alfred, and Paul Dano as The Riddler.

The first teaser trailer debuted during DC FanDome way back in August 2020 and, at over two minutes long, revealed what direction Robert would be taking in his first outing as Bruce.

Setting the moody tone with Nirvana’s Something In The Way as the soundtrack, the trailer opens with a dead man’s head being duct taped with the words ‘no more lies’ written in blood.

Commissioner Gordon (Jeffery Wright) arrives at the murder scene and reads out the first of The Riddler’s (Dano), well, riddles which he left for Batman.

‘From your secret friend. Who? Haven’t a clue. Let’s play a game,’ the note reads before a full-on cat-and-mouse chase with The Riddler ensues.

Enter Pattinson in full Batsuit and as regular Bruce Wayne, saving civilians from a blast and coming face-to-face with the new Catwoman (Kravitz).

Towards the end, Batman is confronted by a group of thugs with white paint on their faces. One of them asks: ‘Who the hell are you supposed to be?’ to which Batman grunts: ‘I’m vengeance.’

As he removes his Batsuit, a mysterious voice is heard saying: ‘How am I part of this? You will see.’

During a DC FanDome panel, director Matt Reeves explained that The Batman will not be an origin film but will begin in Year Two of the character’s story. This is when Catwoman, the Riddler and the Penguin (Farrell) are still in their early stages of development.

It’s also the era when Batman begins to uncover the corruption within Gotham City and how it links back to the wealthy Wayne family.