RuPaul’s Drag Race star Alaska recently opened up on how she first met her now ex-boyfriend and fellow drag queen, Sharon Needles. Their relationship was very public to RuPaul’s Drag Race fans after both queens competed on the show. However, Alaska and Sharon’s breakup wasn’t the most civil. Here’s how the night unfolded when they first met.

RuPaul’s Drag Race first brought Sharon in front of the public for season 4. Her alternative personality and style of drag were fresh for the television show that never saw anything like that. Sharon ultimately won her season and her fame instantly took off. She mentioned Alaska on the show, although it wouldn’t be until season 5 that the world would officially meet her.

Alaska also brought something truly unique to RuPaul’s Drag Race. She didn’t want to live in Sharon’s shadow as her boyfriend, as she wanted to achieve her own fame and career. Alaska ultimately reached the finale but lost the crown to fellow contestant Jinkx Monsoon. 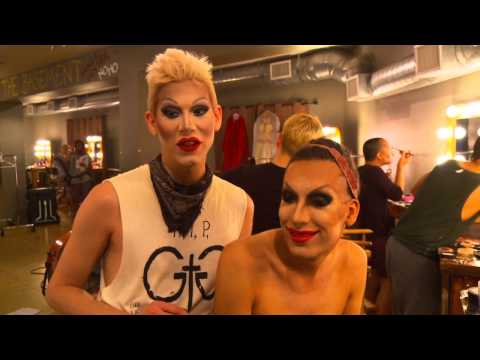 Alaska’s memoir titled My Name’s Yours, What’s Alaska? explores some of the darkest and most personal corners of her relationship with Sharon. The season 5 drag queen opened up about the experience when they first met.

Alaska’s mom flew her to Pittsburg to spend time with family around Christmas time, given that the drag queen didn’t have any job prospects at the time. She decided to go to a dive bar called Blue Moon Bar, where Veruca la’Piranha was performing. Alaska ended up performing “All I Want For Christmas Is You” and that’s where she met Sharon.

“Sharon was wearing a tight vintage T-shirt covered in cat hair, with painted-on jeans and Converse All Stars,” Alaska wrote. “She had a PBR in one hand and was smoking a Pall Mall with the other. I was immediately infatuated.” However, Sharon was familiar, as Alaska once knew her as Nix N. Kutts, the anarchist.

The pair talked for the remainder of the night. Sharon explained how she came up with her drag name, which both offended Alaska and made her laugh. “That’s how straight people get AIDS,” Sharon said.

Sharon told Alaska that she wasn’t afraid of how people perceived her. “The only people who should be offended by Drag queens are women,” Sharon said. “Drag is the most misogynist art form of all time.” Alaska disagreed with Sharon, but the two were quickly drawn to each other.

‘RuPaul’s Drag Race All Stars 2’ and beyond 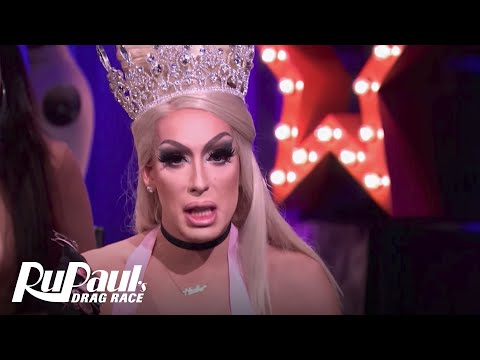 Alaska returned to RuPaul’s Drag Race for All Stars 2 and she didn’t come to play around. She was no longer in a relationship with Sharon. Alaska wrote in her memoir, “That tension and that drive to succeed put me in a whole different headspace during filming. I didn’t want to be everyone’s good Judy like before; I wanted to go in like a shark and win this thing.”

Alaska did indeed win All Stars 2, even though she recalls the experience as “traumatic.” Sharon’s behavior remains controversial in nature, while Alaska is one of the most successful and beloved queens ever on the show. The All Stars 2 winner also co-hosts the RuPaul’s Drag Race podcast Race Chaser along with season 4 contestant Willam.