Sia is a pop superstar who is known as much for her quirky artistic choices as she is for her stunning vocals on hits like “Chandelier” and “Cheap Thrills.” The Australian musician drew inspiration from her father — also a musician — when she was just a child, and she took that drive into working with several bands across London before breaking free for a solo career and moving to New York City in 2005. Along the way, she decided her style would include the conscious choice to hide her face, and she also became known as a prolific songwriter whom many top pop stars sought out for penning their own works.

Now Sia is branching out into the film world with her new release Music, but it’s trending for all the wrong reasons as Sia faces backlash over casting choices. 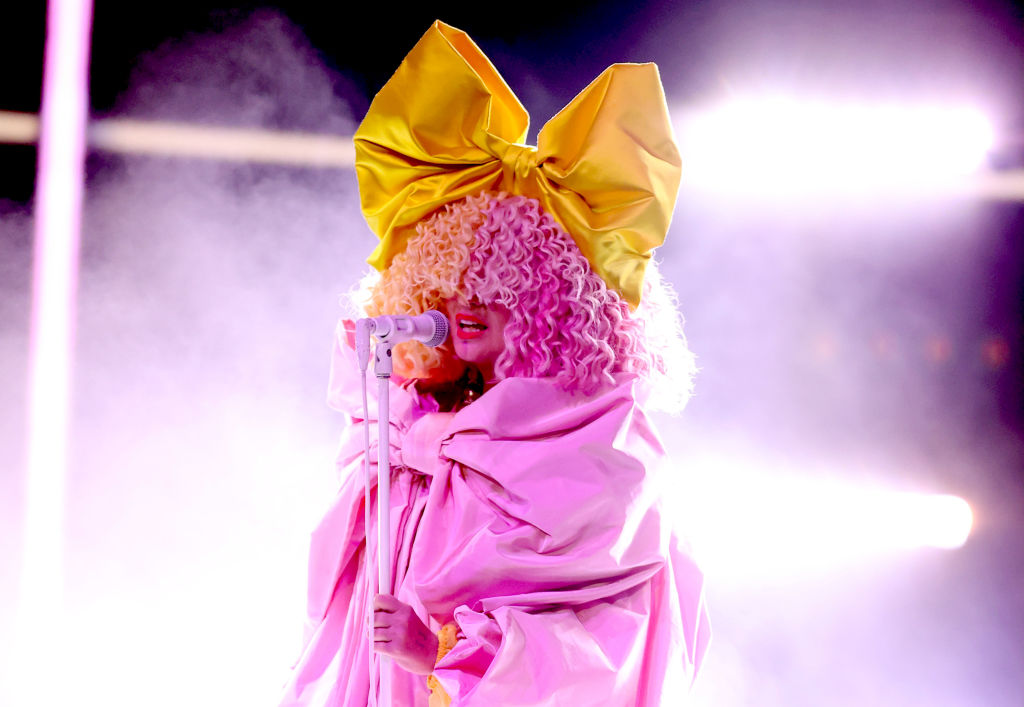 Sia is no stranger to controversy

Sia is not one to shy away from controversial creative decisions. The singer has had a longstanding creative relationship with dance star Maddie Ziegler, who was just 10 years old when she caught Sia’s eye on Dance Moms. Ziegler would go on to perform dramatic and incredibly emotional dance performances for multiple Sia videos, and one of these caused quite a stir.

For “Elastic Heart,” an 11-year-old Ziegler performed in a cage with a shirtless Shia LaBeouf — a controversial star himself who is well-known for his extreme method acting. In the video, Ziegler and LaBeouf perform a dramatic and very intimate dance, and many fans were aghast that a child so young — clad only in a nude leotard — would be put in such a position.

For her part, Ziegler — now an adult — called the experience “a journey”: “He was so protective, so like collaborative and just made me feel really safe, which was awesome. But he’s method, obviously, when it comes to acting, so when it came to filming, he was like doing laps around the cage, punching the cage, and I was just sitting there like an 11-year-old like, ‘OK like I’m ready to film’. It was intense.”

Maddie Ziegler has a lead part in Sia’s film ‘Music’

The relationship between Ziegler and Sia is clearly still going strong as Ziegler was cast in a starring role in Sia’s new film Music. Ziegler plays the titular Music, an autistic girl who is struggling with the death of her grandmother. While some fans were excited about the announcement because it meant they would finally get to hear Ziegler sing, others cried foul over the casting choice. Sia has already expressed shame over launching Ziegler into the spotlight at such a young age, and now she has helped put her in the crosshairs of another controversy.

Many are taking issue with the fact that Ziegler is portraying an autistic person but is not herself autistic. There is a long history of the film industry portraying neurodiverse individuals without casting actual neurodiverse actors into those roles. Those in the disability activism community are frustrated with the lack of representation and for being misrepresented on the screen in ways they find damaging to the public understanding of neurodiversity.

Autism Speaks was involved in the film

Adding even more fuel to the fire, as reported by Variety, the group Autism Speaks was involved in the creation of the film, and that caused even more fury from the activist community. Autism Speaks has long been held up as an abusive and exploitative organization. As Emily Willingham wrote for Forbes back in 2013, “they’ve got a poor track record of showing respect for autistic people.” Critics of Autism Speaks contend that the organization aims to “cure” autism — often with damaging and abusive techniques — rather than understand it, and speaks about autistic people rather than letting them share their own experiences and needs.

As Sia faced backlash for the decision to cast a neurotypical actor in the role of an autistic character, she caused even more outrage by responding to an autistic actor who said she and many other autistic actors could have been available for the film. “Maybe you’re just a bad actor,” Sia snapped back.

This defensive retort has done little to calm the controversy and has now made the conversation spread even further including to sources like USA Today. While Sia keeps insisting that people watch the film before they pass judgment, it’s unlikely that viewing would do much to end the frustration over the lack of representation or the anger over Sia’s dismissive response to the criticism.