This year the Royal Albert Hall have dished out more movie classics as part of their Films in Concert series. Last month saw John Williams’ Star Wars score thunder throughout the venue for The Empire Strikes, while one Harry Potter film a year has had the orchestral treatment. Additionally, Daniel Craig’s first James Bond movie Casino Royale premiered at the Royal Albert Hall in 2017 and now Skyfall in Concert has followed. The incumbent Bond’s third outing is the franchise’s highest-grossing and marked its 50th anniversary.

Interestingly, the Films in Concert series skipped Quantum of Solace for Skyfall, presumably because the previous isn’t so fondly remembered by moviegoers.

And both surprised fans on the Saturday evening performance that Express.co.uk attended to introduce it.

Newman’s brother Dave was then welcomed on to conduct the Royal Philharmonic Orchestra through Skyfall.

From the opening scene in Istanbul, it was clear the live music experience is a magnificent accompaniment to the action of Roger Deakins’ exquisite cinematography on-screen.

One of the highlights had to be the opening theme of Adele’s Skyfall, which boomed out gloriously into the auditorium. 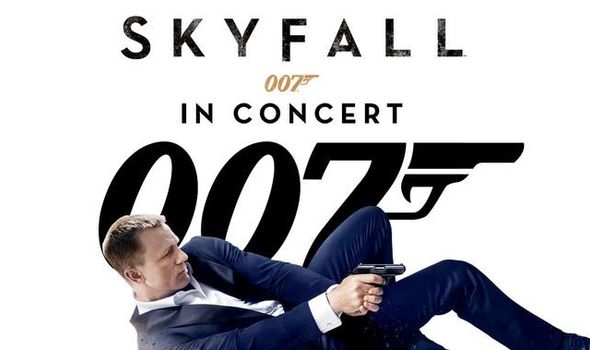 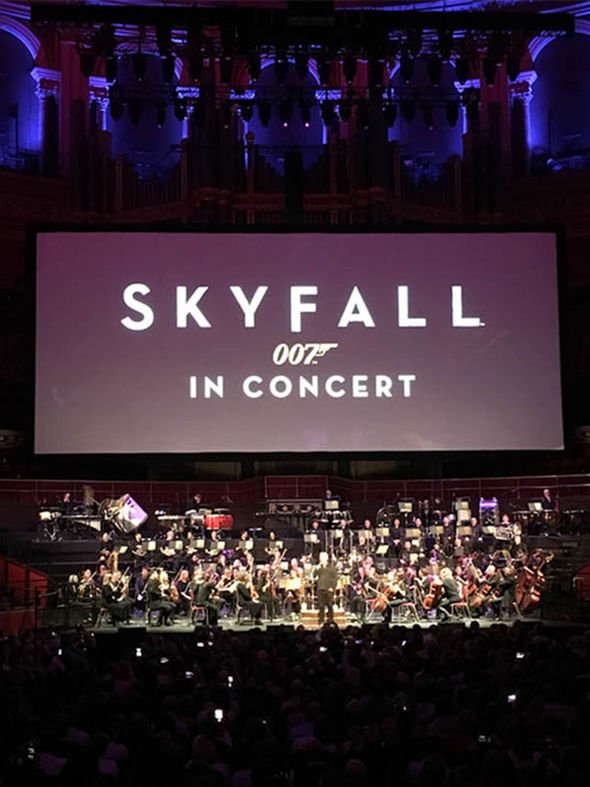 Of course, there are moments where you forget the music you’re hearing is live since you’re so engrossed in the film, but there are also plenty where you really do.

And boy is it a treat for the eardrums compared to what you’re used to at home or even at the cinema.

However, for Casino Royale in Concert, you sometimes couldn’t hear the dialogue over the volume of the orchestra.

This was the same this time around, but helpfully subtitles were added for Skyfall so you didn’t miss anything.

As the film ended, the credits were held up so the orchestra could perform a full rendition of John Barry’s famous 007 theme, before the audience awarded them, both Newmans and Sam Mendes a standing ovation. 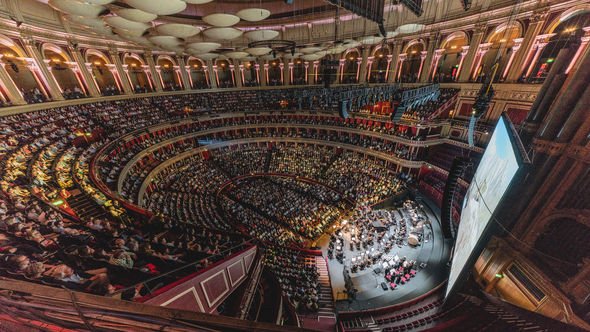 After two bangers with Casino Royale and Skyfall, hopefully, this won’t be the last of the Bond films in concert.

Our best bet is that Spectre’s next considering Mendes and Newman worked on the Skyfall follow-up together.

In the meantime, however, the Royal Albert Hall have announced their 2020 line-up.

This includes The Lord of the Rings: The Fellowship of the Ring, Star Wars: Return of the Jedi, Superman and more.