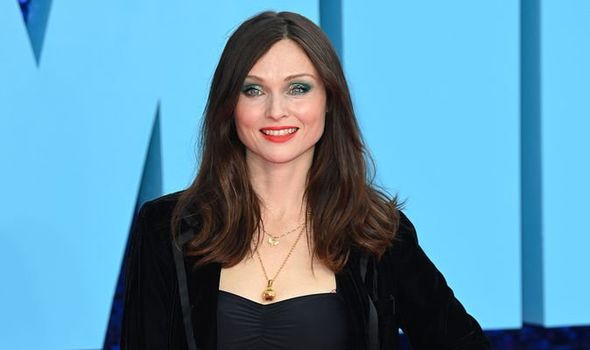 The 42-year-old singer, who changed into a succession of sparkly dresses along the way, embarked on the challenge on Tuesday morning and finished on Wednesday with Abba’s Dancing Queen.

Towards the end Sophie became tearful as she was reunited with her mother Janet Ellis, her husband, The Feeling bassist Richard Jones, and their five sons for the final half hour. Richard added extra support by accompanying his pop star wife on renditions of her hits Take Me Home and Murder On The Dancefloor.

Sophie, who was inspired by the Kitchen Discos she hosted during lockdown, told Zoe Ball’s breakfast show: “This has been extraordinary. I always thought this would be an amazing privilege to have done.”

She was joined in person and via video link by celebrity guests including Michael Ball, Rylan Clark, Beverley Knight and boy band JLS at the BBC Radio Theatre in London. Ed Sheeran, Rick Astley and Sir Elton John sent messages of support, as did Joe Wicks, who completed a 24-hour workout for Children In Need last year.

What is happening where you live? Find out by adding your postcode or visit InYourArea

Head of Radio 2 Helen Thomas said yesterday: “All of us would like to say the hugest thank you to Sophie for agreeing to undertake a 24-hour disco danceathon.

“Thank you to all the wonderful Radio 2 listeners who have donated and all those who joined at any point.

“We are all in awe of Sophie’s accomplishment.”