‘South Side’: For Diallo Riddle, It’s His HBO Series That Never Was

The Emmy-nominated duo of Diallo Riddle and Bashir Salahuddin, best known for their popular segments on “Late Night with Jimmy Fallon” (including “Slow Jam the News”), have worked together on several web and TV projects since meeting as undergrads at Harvard in the late 1990s. And after over a grinding decade in the business, the multihyphenates (actors, writers, producers) are finally occupying a space that they’ve been slugging to get to for years: creative freedom.

The duo are creators and executive producers of two new series launching within a week of each other, on different networks – “South Side” on Comedy Central (July 24), and “Sherman’s Showcase” on IFC (July 31). And per Riddle, each case presented them with the rare opportunity to create the shows they wanted.

“When our story gets written, it will probably say something like, ‘It took them some time to find the partners who were going to let them do what they wanted to do’, because they let us do our thing, which we’re grateful for,” Riddle said, speaking to IndieWire about working with both networks. “It feels like, finally, we get to play the way we want to, after over 10 years in the industry, starting with a web series we did called ‘The Message.’”

“We struggled for years with the Hollywood machine, because Hollywood was always trying to get us to do what they wanted us to do, instead of letting us do what we really wanted to do,” said Riddle.

But the pair continued to ply their craft and develop as writers, working with a variety of people, including David Alan Grier (“Chocolate News”), Maya Rudolph (“The Maya Rudolph Show”) and of course Jimmy Fallon (“Late Night with Jimmy Fallon”), to name a few. They were also consulting producers on Jordan Peele’s TBS comedy series “The Last OG,” which stars Tracy Morgan.

At HBO, they developed the comedy “Brothers in Atlanta” in 2016, which wasn’t picked up by the network. 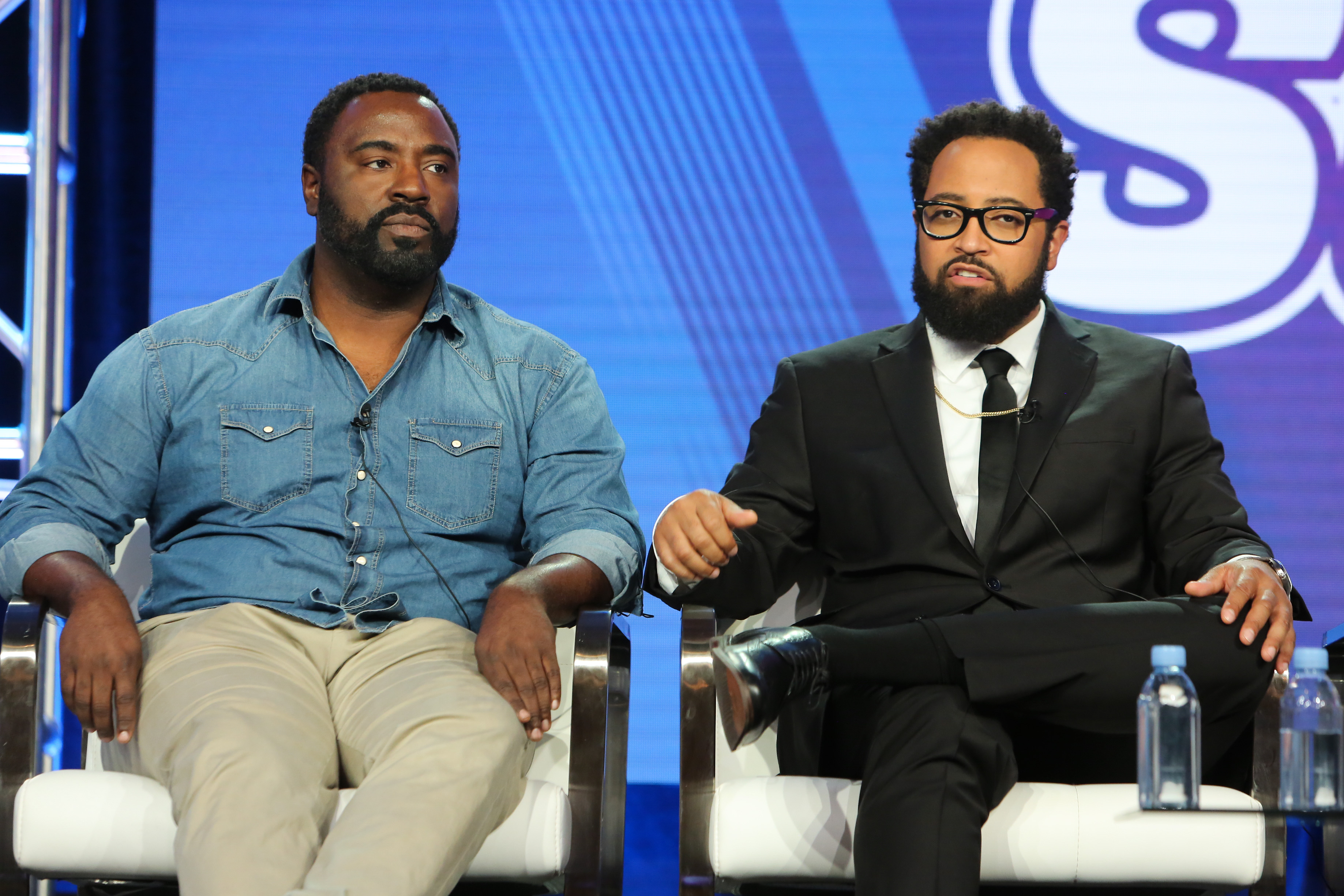 And then their luck changed. “They told us, ‘We’re going to let you do the shows that you want to do’,” Riddle said of Comedy Central and IFC when both came calling in 2017.

“Brothers in Atlanta” was a comedy about a pair of struggling entertainers trying to navigate life and relationships in the black Mecca.

“South Side” is also a comedy, but set in Englewood on the South Side of Chicago. The show follows two friends who just graduated community college with big dreams, but are stuck working at a retail-rental chain called Rent-T-Own. Brought to life by local Chicagoans, both in front of and behind the camera, the series aims to provide viewers with an authentic portrayal of life on the South Side.

“Whether it’s the media or politicians, everybody uses the South Side as a kind of political football,” Riddle said. “And I feel that we repudiate that in almost every frame of our show, because every series regular was born and raised on the South Side. The same for every writer on the show, with the exception of myself.”

Although, for the Atlanta native, the South Side of Chicago can double for a number of other marginalized, working-class African American communities around the country, even if they aren’t as publicly vilified.

“The underlying message is that, whether you’re from the South Side of Chicago, or Southwest Atlanta, South Philly, Inglewood, Compton, Watts, etc, it doesn’t matter,” he said. “We all go through some of the same things, so we felt like if we just captured authentic experiences, the show would resonate widely. It was so important to us because it shows audiences that there’s a whole other side to what they’ve been told about a community and its people.”

Riddle does recognize that authenticity comes with some risks and can sometimes be misconstrued. He recalled a moment in the show’s writers room (“One of the blackest writers rooms I’ve ever been in,” he said), when he shared his ambivalence over a character using the N-word. “But then I had to remember that, even though I personally would never say the word, we have to stay true to these characters,” he said, imploring that audiences do the same should they find themselves offended by something a character does or says.

Ultimately, for Riddle, as well as his writing partner Salahuddin and they’re creative team, the goal with “South Side” is to make audiences laugh, while also revealing some truths.

“That’s what gives you that extra energy to push through a project like this,” said Riddle. “By painting a more complete portrait of a community, you’ve actually done some good both for the people who’ve been kept out of the picture, and also for those who weren’t aware that those people actually existed, or that their stories were far more universal than what they’ve seen or heard.”