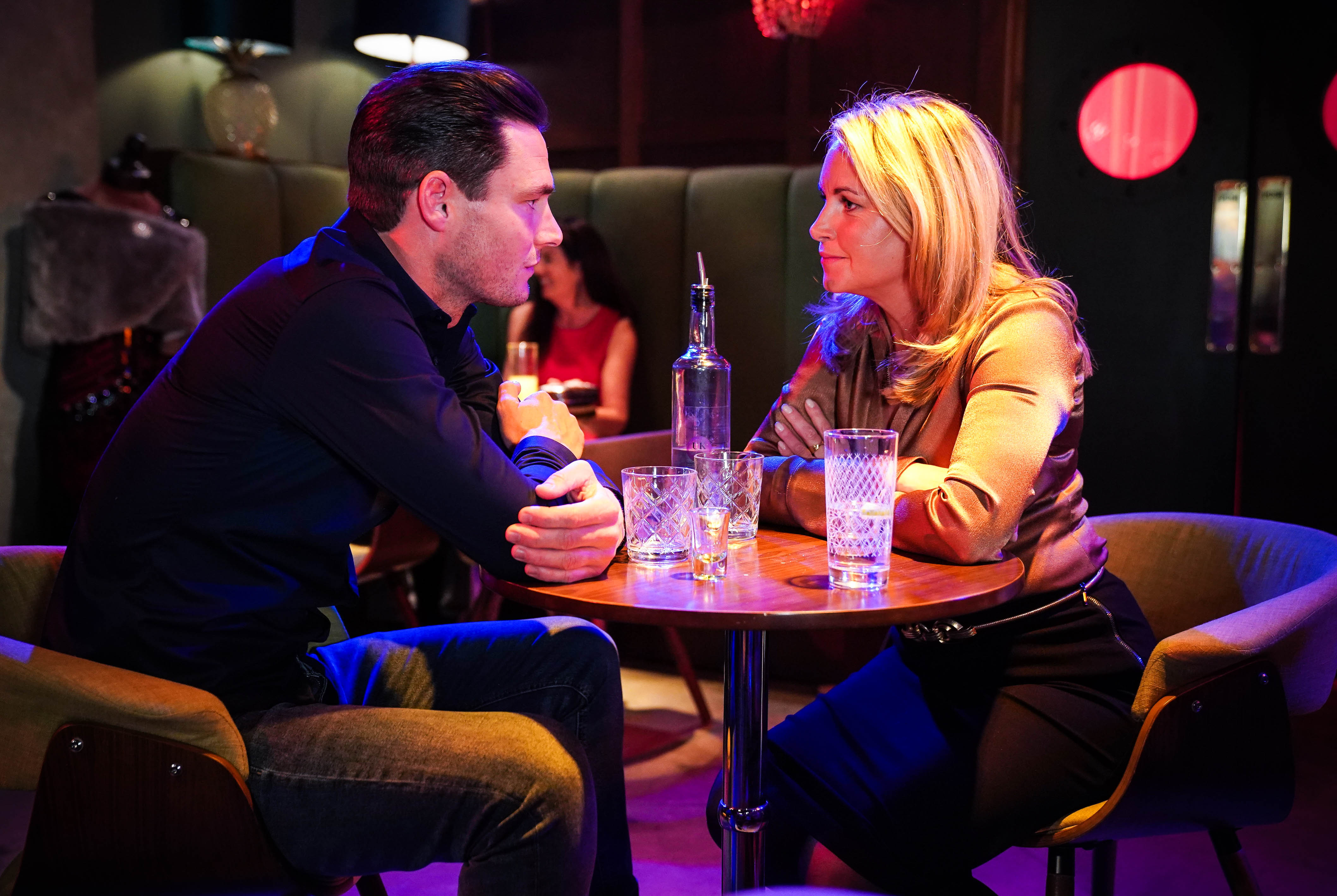 Zack Hudson (James Farrar) and Sam Mitchell (Kim Medcalf) struggle to resist temptation in EastEnders, as they drown their sorrows after some devastating setbacks.

The duo, as viewers know, have found themselves in one another’s company quite a lot this week, after Sam took over as manager of the club, which she has rebranded Peggy’s.

Sam, however, was less than pleased to find out that Sharon Watts (Letitia Dean) would be overseeing her in her new role, watching her every move.

She stopped by the prison on Wednesday (June 14) in the hopes of making Phil Mitchell (Steve McFadden) change his mind about Sharon, but despite her pleas, Phil remained steadfast in his position.

Zack, meanwhile, has struggled to do anything right where Nancy Carter (Maddy Hill) is concerned.

Thursday’s (June 16) offering of the BBC One soap sees Sharon issue him with some advice regarding how Nancy has been treating him as of late.

Zack, however, is not interesting in what she has to stay and thus storms off, but another run-in with Nancy leaves the chef at a loss.

He ultimately ends up in Peggy’s, where he bumps into Sam, and the two join forces to drown their sorrows.

Spoilers for subsequent episodes confirm that Zack does, in fact, sleep with Sam.

He’s wracked with guilt when a courier delivers a touching gift from Nancy, and he does his utmost to get Sam out of the house. He succeeds in doing so, before confiding in Martin Fowler (James Bye) about what he’s done.

After a heart-to-heart with his best mate, Zack resolves to tell Nancy the truth. Nancy, however, apologises profusely for her behaviour, which results in him reconsidering.

But despite things looking up, Nancy soon discovers the truth.

EastEnders airs these scenes on Thursday June 16 at 7:30pm on BBC One.