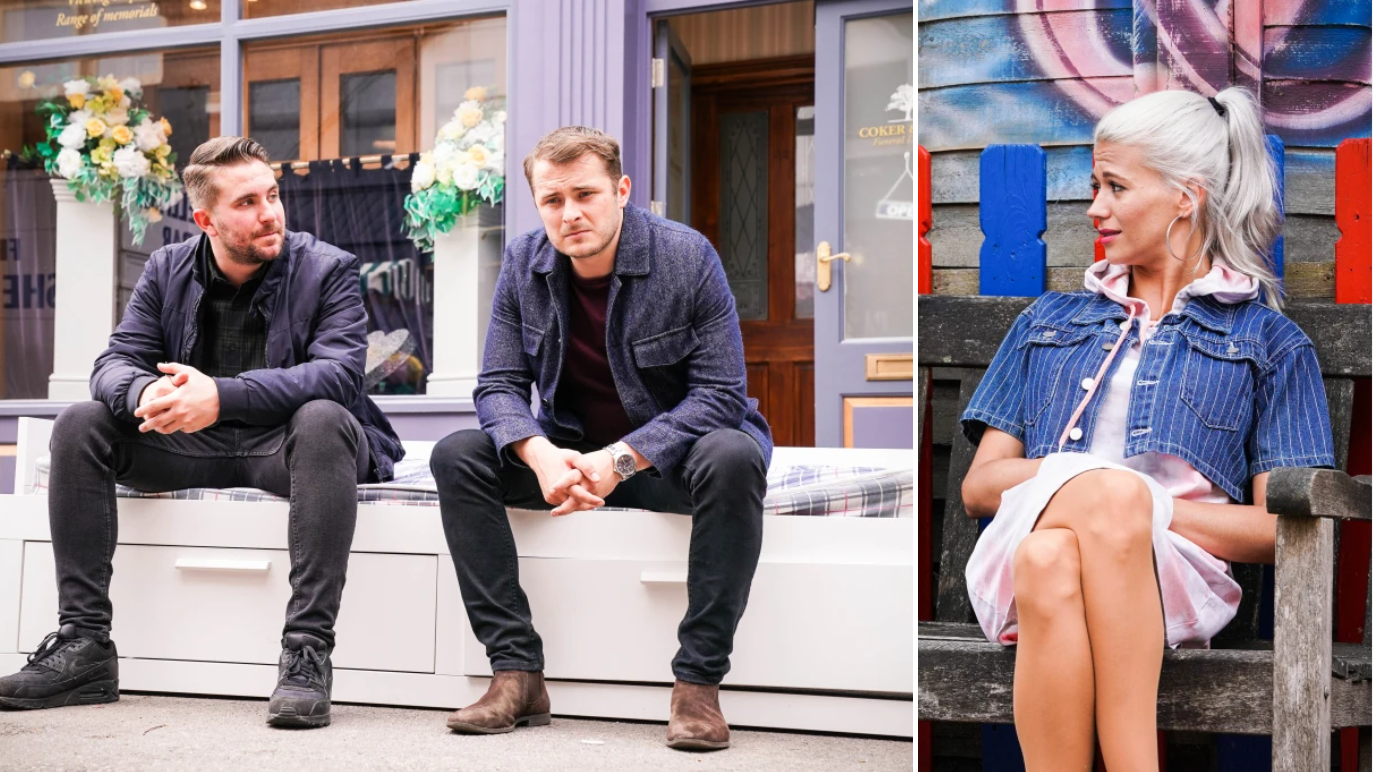 Can the rift between Callum Highway (Tony Clay) and Ben Mitchell (Max Bowden) on EastEnders be healed? Lola (Danielle Harold) certainly thinks so, and in upcoming episodes she puts a plan in action to try to get the two talking again.

She ropes in Ben and Jay (Jamie Borthwick) to help Vi (Gwen Taylor) move out of her house, and when Callum comes home he’s surprised to find Ben there helping with the move.

It’s not long before Ben and Callum realise that Lola has set them up, but her scheme just may have worked.

They share a moment of closeness, but they’re interrupted by the arrival of the officer who’s liaising with Ben about the rape attack he suffered at the hands of Lewis (Aidan O’Callaghan).

While this reminder of the terrible ordeal that Ben went through serves to spoil the moment, Lola isn’t giving up that easily.

Sensing that the spark between Callum and Ben is still there, she gets Callum to help her organise a surprise birthday party for Jay, hoping it’ll be a way to get him and Ben closer again.

Lola’s obviously not giving up on the pair – but will her efforts succeed in reuniting them?