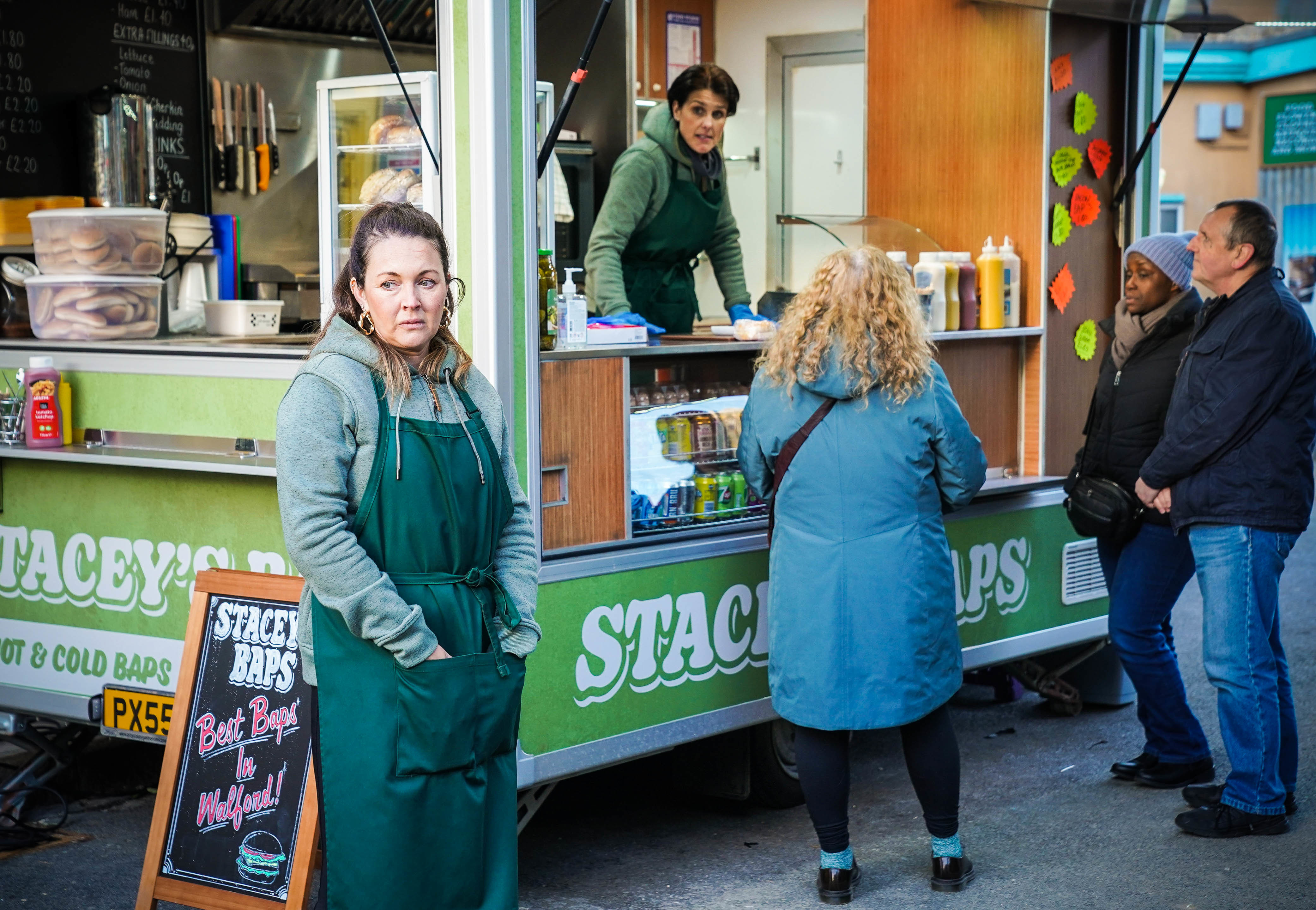 With Jean (Gillian Wright) now safely in hospital in EastEnders, in tonight’s episode Stacey (Lacey Turner) starts to come to terms with the awful events that saw her very ill mum almost drown in the sea in Southend.

As well as her concern for Jean, Stacey is also worried about how to tell her daughter Lily (Lilia Turner) about what happened to Jean. She asks Martin (James Bye) for support when she talks to Lily, but he’s not sure it’s a good idea to say anything.

We already know that Lily has been deeply disturbed by what’s going on with her grandmother and she confided in Kat (Jessie Wallace) that she worries that she might also have bipolar, so clearly the whole situation has affected her hugely, but Stacey wants to protect her as much as possible.

Martin talks to Zack (James Farrar) about whether they should tell Lily the truth and Zack encourages him that it’s the right thing to do. Martin’s convinced, but just as the opportunity to talk to Lily arises, Stacey sends her daughter off and tells Martin she’s changed her mind – she thinks the best way to protect Lily is not to tell her what’s going on with Jean. Martin disagrees and the two have an argument about it, which is overheard by Lily.

How will finding out the truth about Jean this way affect the already troubled Lily?

Elsewhere, Dotty (Milly Zero) reveals a previously undiscovered talent when she turns out to be brilliant at chess and turns it into a money-making opportunity, while for Bernie (Clair Norris) chess club brings a meeting with a new friend.

And Janine (Charlie Brooks) struggles with the realisation that Mick (Danny Dyer) is avoiding her and confides in Billy (Perry Fenwick) that she and Mick haven’t yet been intimate with each other. And later, Mick makes a huge admission to Mitch (Roger Griffiths).