Strictly Come Dancing 2020 returned to screens this weekend and tonight another couple left the Strictly family. Each couple had put their heart and soul into their dance, determined to bring all the glitz and glamour of Blackpool to people’s screens. Sadly one couple had to go, and Express.co.uk has all you need to know about who left Strictly tonight.

This weekend saw the fourth couple eliminated from the Strictly line-up, following what was an intense experience for the eight couples.

With the usual Blackpool week unable to take place due to coronavirus restrictions, each couple wanted to bring extra flair to their performance.

This is the second time Maisie has found herself in the bottom two, but it was Caroline and Johannes who were eliminated from the competition.

The scores from the judges had been combined with viewers’ votes to decide who the two lowest-scoring couples of the week were. 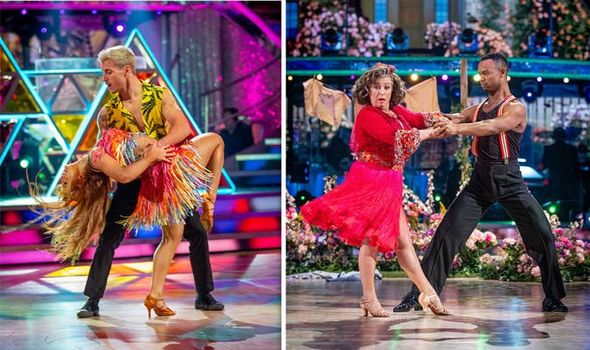 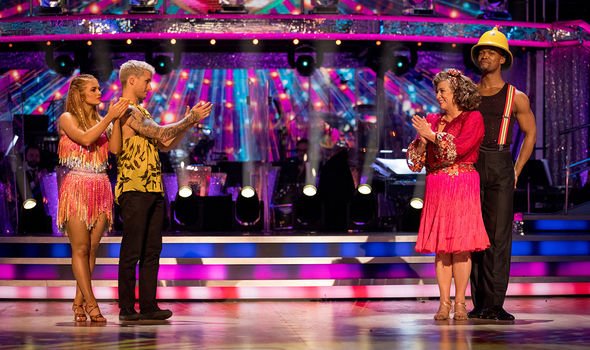 Caroline and Johannes gave it their all during their second attempt to win over the judges in the dance-off, performing a Cha Cha to Rescue Me.

Maisie and Gorka took to the stage once again to perform a Salsa to Better When I’m Dancing, and they were able to win over the judges and stay in the competition for another week.

All three judges – Anton du Beke, Shirley Ballas and Craig Revel Horwood chose to save Maisie and Gorka based on their dance-off performances.

Craig said Maisie and Gorka gave an “outstanding” performance and had “dances as though their lives had depended on it”. However, he did say he “absolutely loved” Caroline and Johannes.

Anton said Caroline had danced “beautifully” during the dance-off, but he said Maisie was “a bit cleaner” the second time around and he chose to save her.

He had pointed out a couple of mistakes in Caroline’s routine, so sadly she missed out on a place in next week’s line-up. 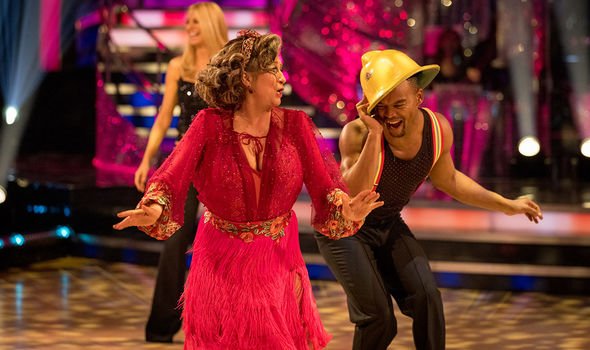 Head judge Shirley said she would have also chosen Maisie and Gorka to stay in the competition, meaning a clean sweep for the Eastenders star.

Caroline was known to have wanted to fulfil her childhood dream of becoming a dancer, and the emotional star said she had achieved exactly that.

She said: “Yeah in a way slightly more than that because I have had the honour and privilege of working with some of the greatest dancers this country has ever known I mean I really believe it, I think they are absolutely fantastic. But of course my greatest gift coming on this show is this man.”

Her partner Johannes could not thank the actress enough for her effort and dedication, and he said they had been on a “beautiful journey” together.

Caroline and Johannes will now join presenter Zoe Ball for their first interview following their exit from the series on Strictly Come Dancing: It Takes Two. 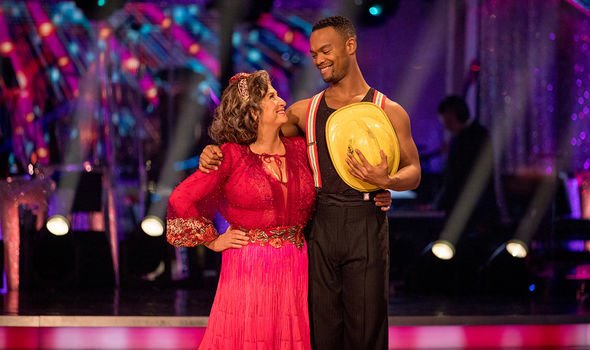 Their interview will take place on Monday, November 23, at 6.30pm on BBC Two, and fans will be able to find out more about Caroline’s experience.

Fans enjoyed yet another results show, which featured a stunning musical performance by Billy Ocean.

Caroline’s partner Johannes is on Twitter and he shared a photo of the pair, calling Caroline “absolute class”.

Fans were excited following the news of their partnership, calling it a “beautiful pairing”, and they could not wait to see the couple dance together.

Caroline was admired by head judge Shirley for her poise and grace, and she said she was evidence women of their age could be professional dancers.

The 60-year-old actress has provided plenty of laughs throughout the series, and she left fans feeling emotional after speaking about her love for the theatre.

She was also able to speak with her daughter Emily, who said the whole family were so proud of her for coming so far.

Caroline hit headlines recently after she licked her dance partner’s arm during their last performance. She also opened up about her weight loss following their training regime.

The actress is best known for her roles in Jonathan Creek, Men Behaving Badly and Blue Murder, and she is an advocate for musical theatre.

The star has impressed many viewers with her Strictly performances, with one fan saying on Twitter: “Caroline Quentin is the very definition of elegance with her Waltz!”

Strictly Come Dancing airs on weekends on BBC One