THE girlfriend of Strictly star Nicola Adams has revealed that she wants to teach sex education at school.

Model and beauty blogger Ella Baig said there is not enough support given to lesbian, bisexual and gay pupils in British classrooms. 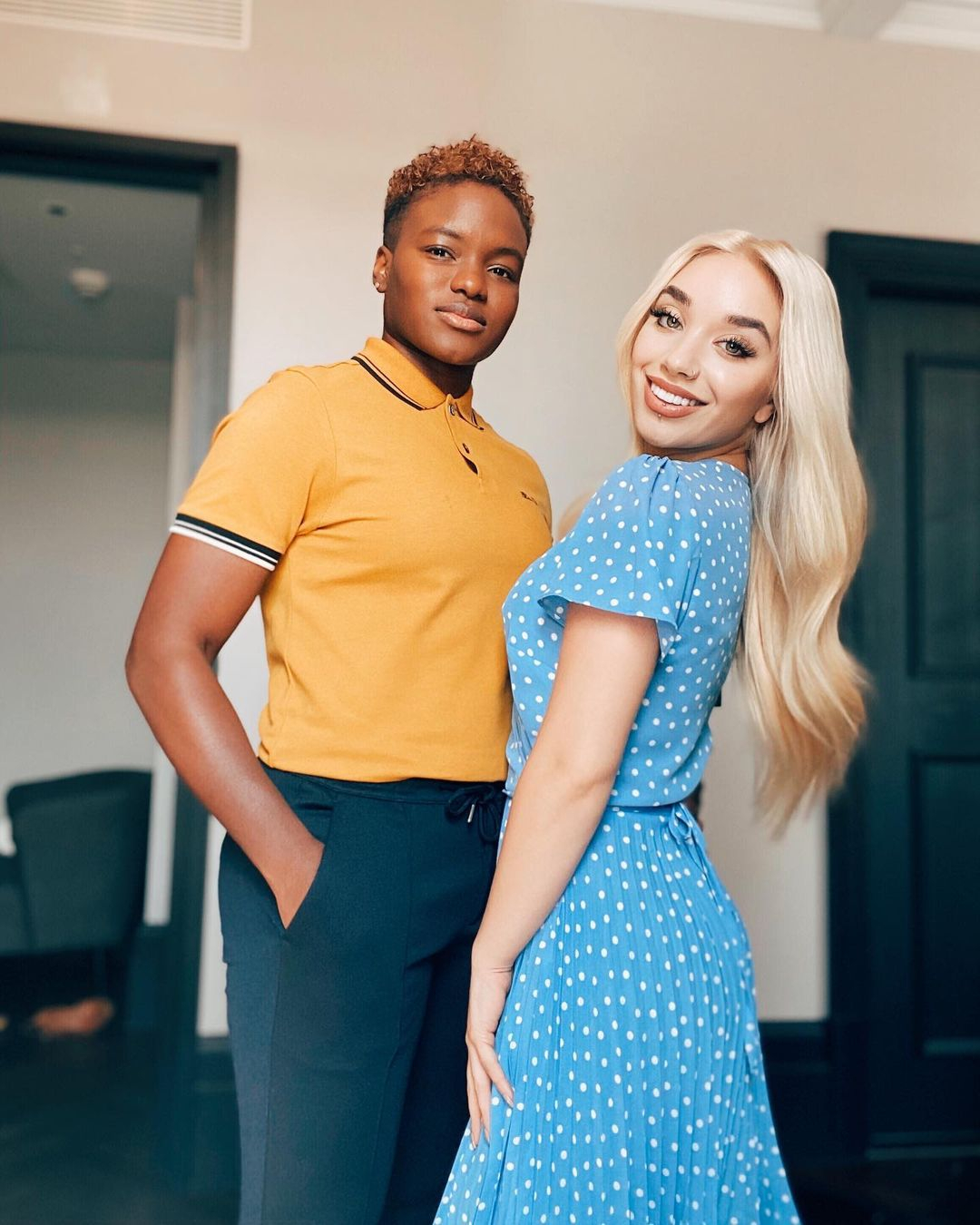 And revealing that she considers herself "pansexual", she's opened up about wanting to give kids the lessons they need.

Ella, 22, said: “I would love to work more with teenagers because I think they can struggle to understand themselves and what they are going through.

"I would also like work in sex education, because I don’t think that is always the best at schools here.

"I know that when I came out as bisexual when I was 14 or 15, the reaction I got was very sexualised and I found that annoying. 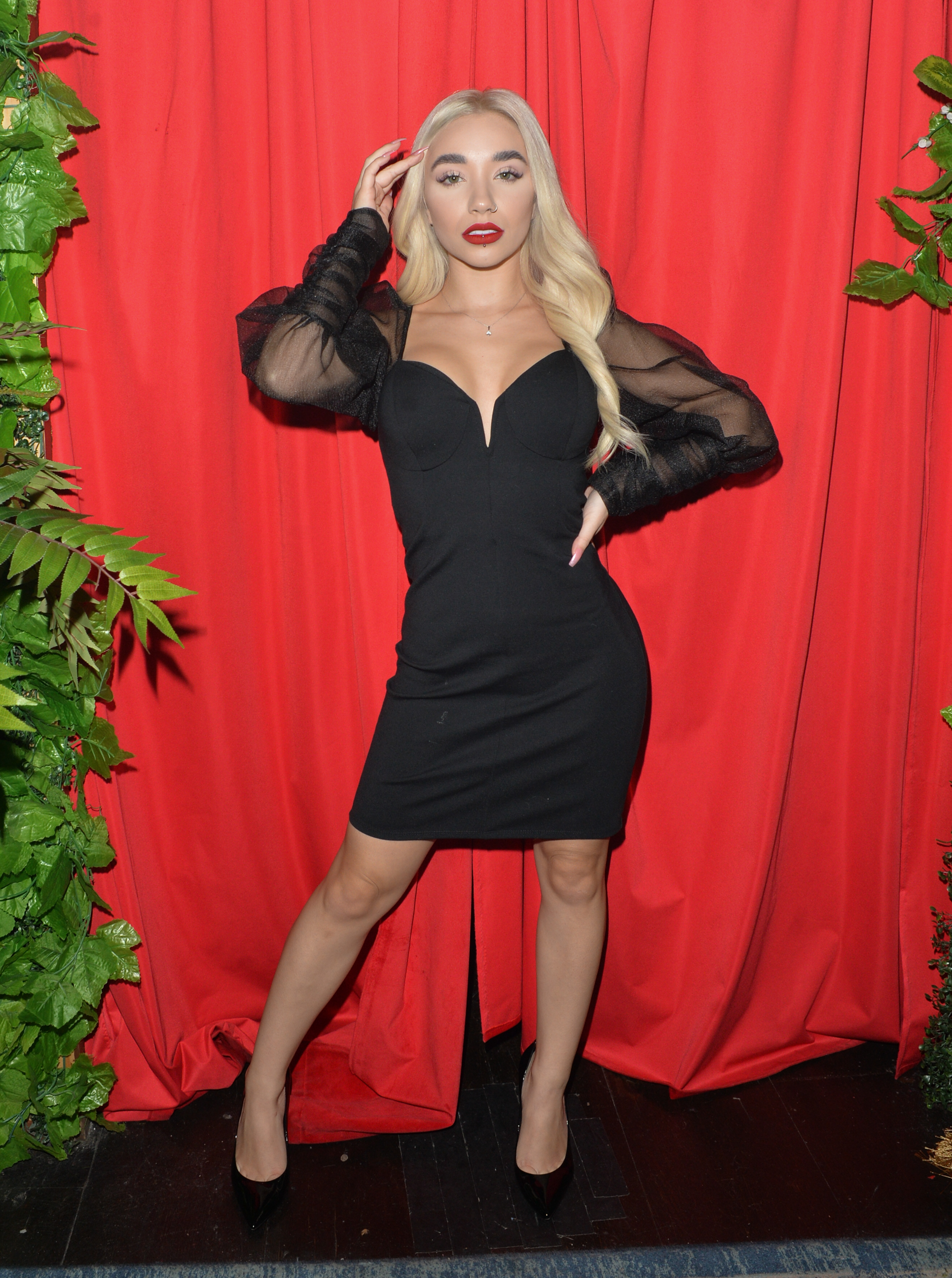 “I wouldn't say I got a bad reaction or bullied or anything, but I got lots of irritating comments from other children at school.

"The reaction was oversexualised and had more to do with how men – or boys in this case – view feminine lesbians.

"It would be good if there was better support and education in schools to get children through what can be a difficult time."

Ella said it was only when she met former Team GB boxing champ Nicola, 37, two years ago that she fully felt comfortable with her own sexuality.

Before that she always dated either men or feminine women. But most of the guys were "losers" while she ended up becoming platonic friends with the girls. 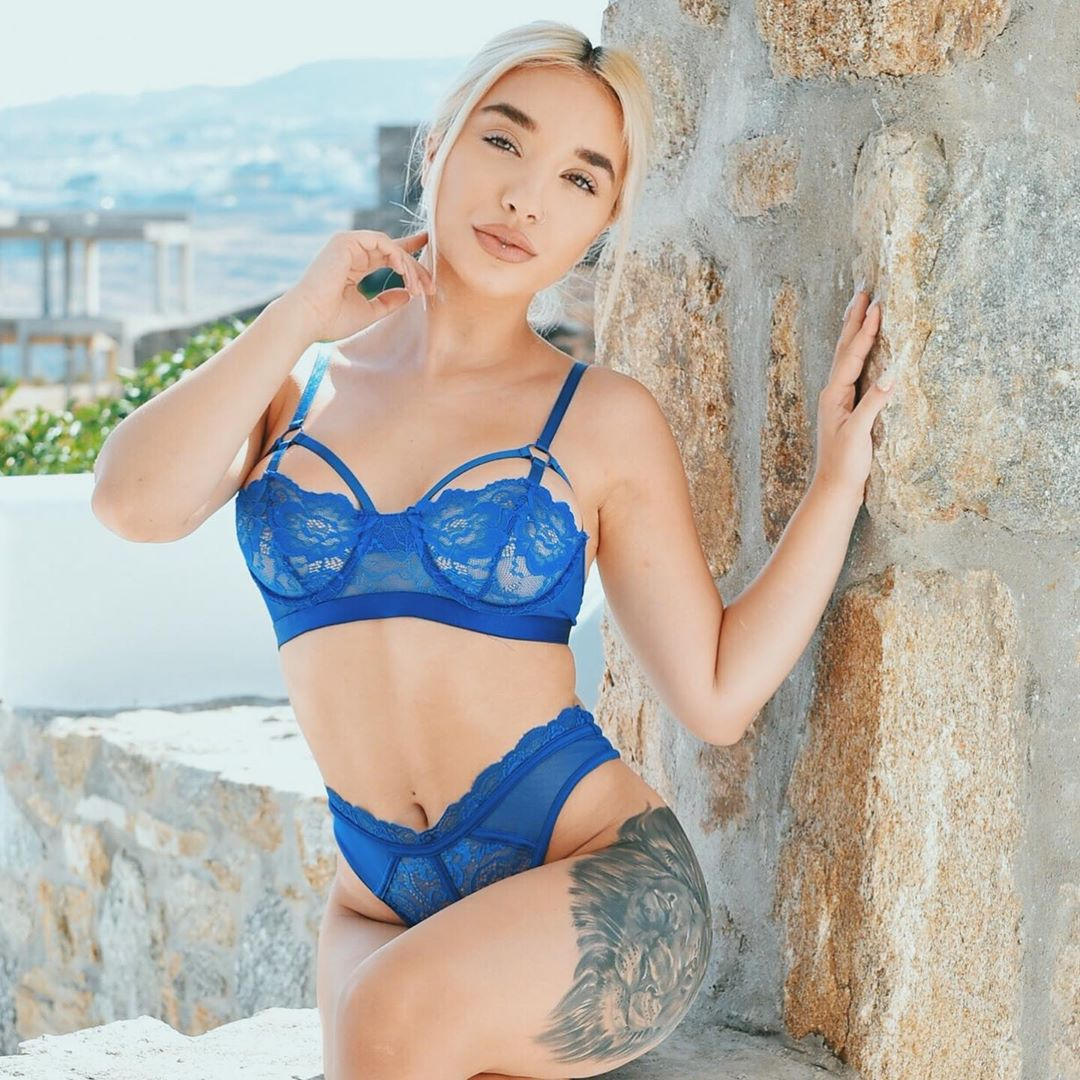 Ella said: “To me sexuality is fluid and I’m not one for labels.

“I think you could live your whole life thinking you are straight then meet one woman that makes you think differently.

“But if I have to give myself a label, I would say I am pansexual, as it’s the one sexuality that is completely inclusive of everyone.

“I don’t think gender would ever play a role in whether I like someone or not. Whether they are male, female or transgender it doesn’t really bother me.

“I have dated guys in the past. If I was ever single again, I don’t think I’d date men, I think my personality suits a woman more. 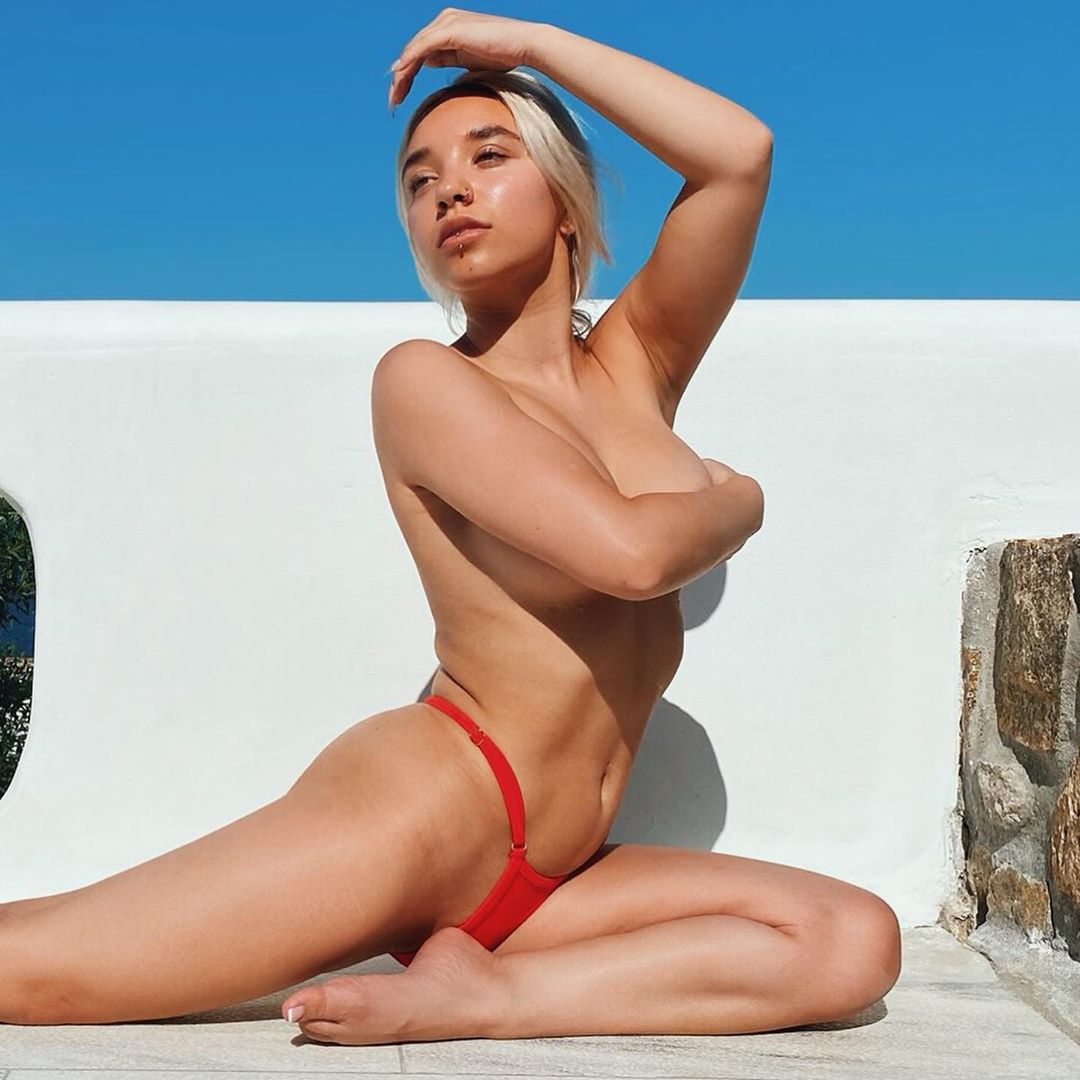 “It’s to do with age as well. Men mature a lot later than women so when you’re in your teens and 20s you find that men your age are not in the same mindset as you.

“You have to date a lot older and even then it’s not great. I dated people in their 30s when I was 19 and they were as immature as 20-year-olds. I’d rather date a woman, honestly.”

While Nicola wants to become an actor after she finishes competing on Strictly, Ella is keen to do more charity work.

And she is unlikely to be popping up on a reality show herself.

She said: "I’m moving more towards modelling and being a public figure. I want to get involved in more charities and do some talk shows. 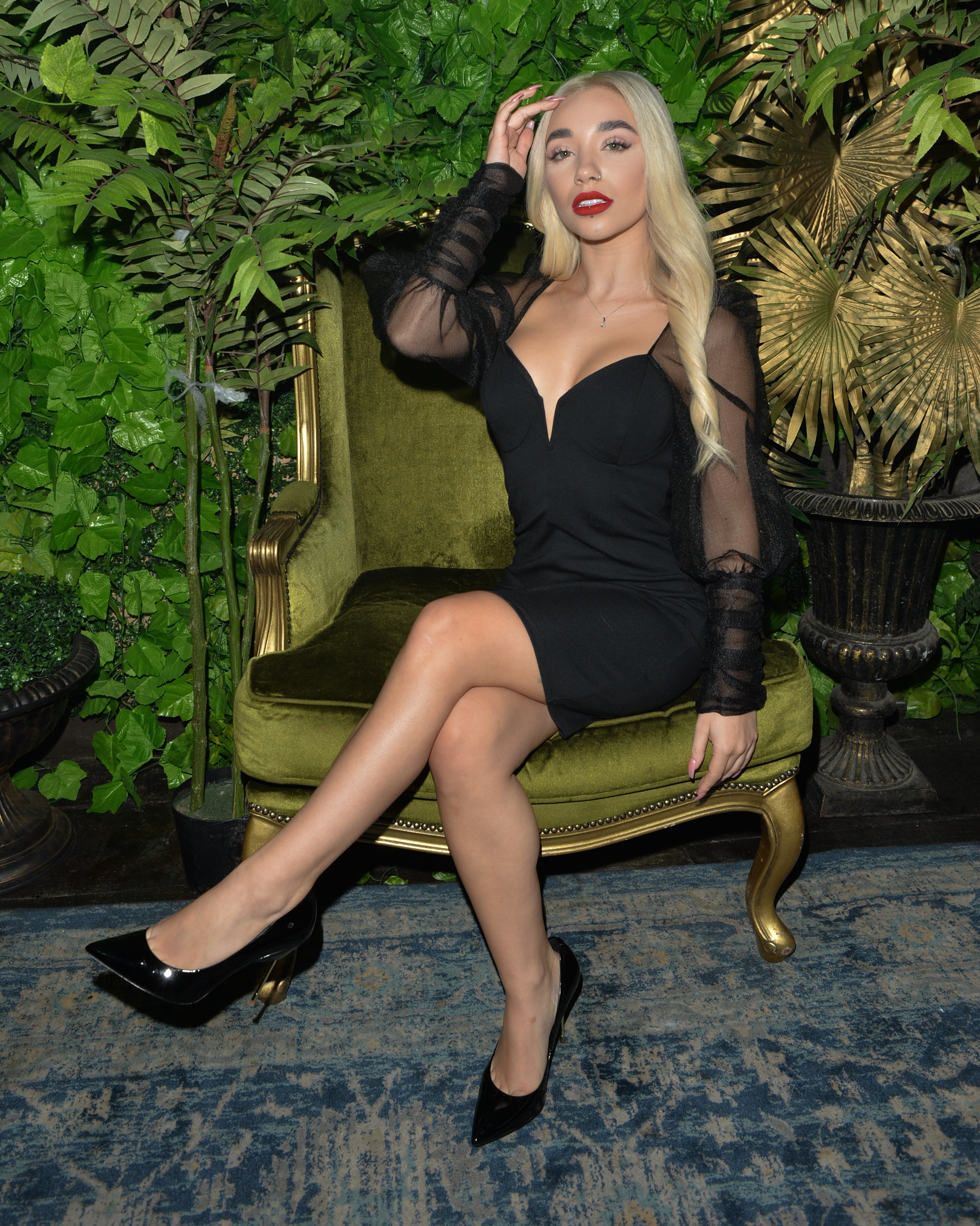 "I don’t know if I would do a reality show. I’m more into podcasts and working with LGBT charities and things like that.

"If the right reality show came up I’d be up for it but most of the ones I watch are American dating shows so obviously I couldn’t do those. I don’t think that would go down well (with Nicola)!"

Ella also revealed that the couple are considering a permanent move to London from Leeds, where they currently have a home.

The couple have been living in a flat in the capital while Nicola rehearses and performs in Strictly's Hertfordshire studio.

Ella said: “We’d love to live in London. It just makes more sense and there’s a lot more to do here in the city.

“Leeds is very small and there’s only so many restaurants and for us it’s hard for us just to walk around and go out for dinner.

“We get stopped a lot and have people coming to the table to ask for an autograph or pictures, which isn’t the nicest when you are trying to enjoy a meal.

“Everyone in Leeds seems to know who Nicki is. In London it’s a lot busier and people don’t stop you as much.

“I love Kensington, I love the boutique shops. We drove through Camden the other day and I really want to explore that.

“I’ve been here so many times but it’s always for work so we don’t get to travel around as much as we’d like.

“The only thing I don’t like about London is the traffic. I’m not a fan of public transport in the evening and when you want to go to dinner it’s a nightmare.

“But that aside, I think you are going to see a lot more of us there.”