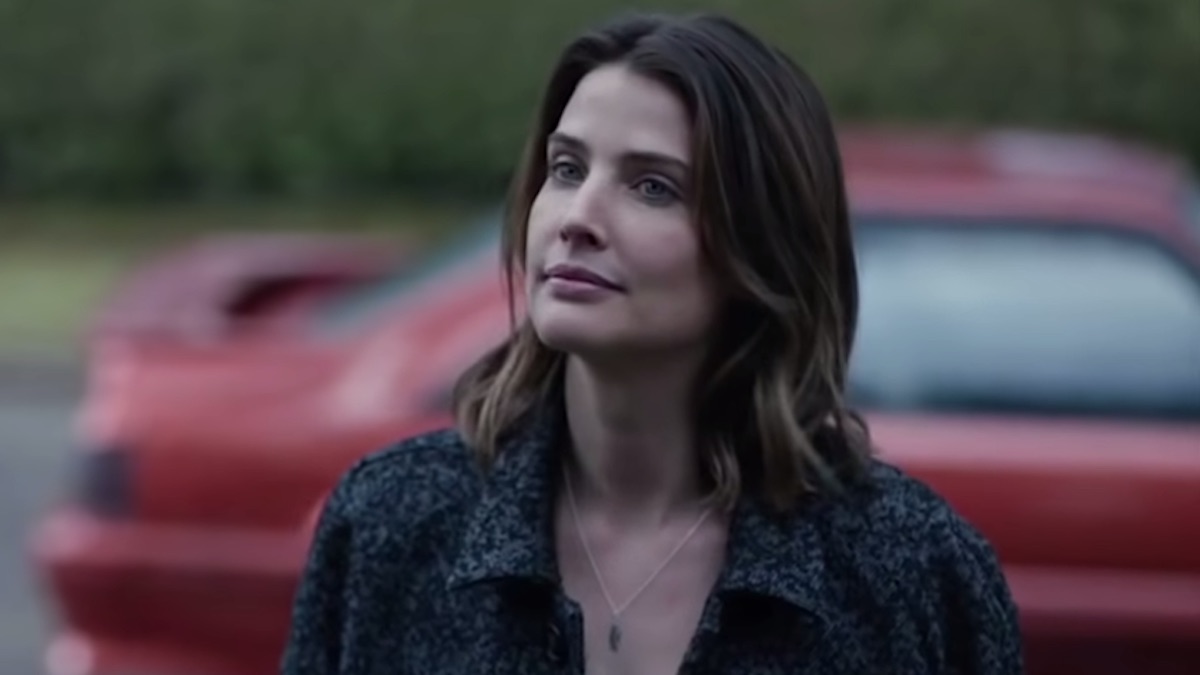 Plenty of fans are rooting for the return of Cobie Smulders and her fellow castmates for Stumptown Season 2.

Based on a comic book of the same name, the show follows an army veteran-turned-PI dealing with her gambling debt and taking care of her brother. There’s also the matter of her complicated love life, which plays a part in her adventures in Portland, Oregon.

Smulders holds down the lead role as a strong and witty private investigator trying to solve other people’s messes referred to her by the police. Of course, her particular style doesn’t always make her best friends with the police during investigations.

The first season concluded on ABC this past year after 18 episodes. Now the fate of a second season is hanging in the balance, awaiting an opportunistic network to keep it alive.

This article provides everything that is known about Stumptown Season 2 and all related news. As such, this article will be updated over time with news, rumors, and analysis. Meanwhile, let’s dig down into what is known so far.

Will there be a Season 2 of Stumptown?

As of May 2020, Deadlined reported ABC officially renewed Stumptown for a second season. The show was one of many renewals, joining other popular series such as black-ish, The Goldbergs, American Housewife, and The Rookie.

Unfortunately, production issues came up due to the ongoing coronavirus pandemic. As of September, bad news came that ABC opted to cancel Season 2 due to a timing issue with the production delay. Basically, the show would not be ready for the fall release that ABC wanted, so they decided to cancel.

That said, there’s the possibility another network could pick up Stumptown and push forth with a new season. Per Deadline’s September report, ABC signature is shopping the series around for another home.

Release date latest: When does Stumptown Season 2 come out?

According to The Hollywood Reporter, Monica Owusu-Breen became the new executive producer in July. However, production delays due to the COVID-19 pandemic and the producer change would have meant Stumptown Season 2 wouldn’t come out until April 2021.

It’s unknown if that will still be the case should another network or platform decide to pick up the series. However, executive producer Matthew Southworth was hoping to get an online petition going to save Stumptown. It seems to be effective in helping other series find new homes. 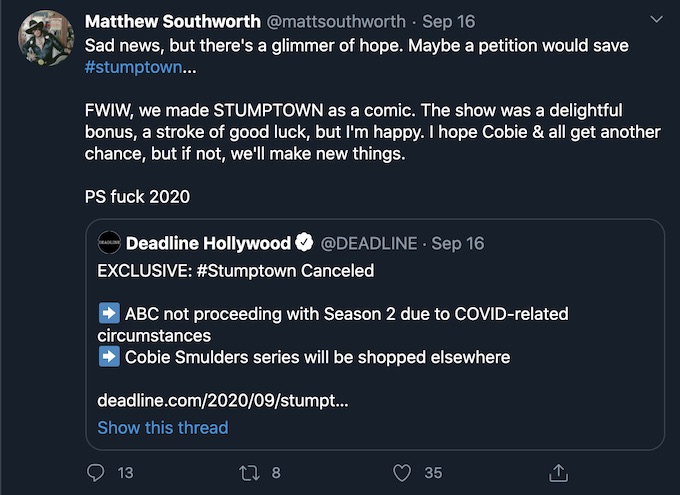 As of this report, the series is still in limbo with ABC Signature shopping it around. We’ll have the latest release date update here if anything changes.

If a network picks up the show for Season 2, viewers should see the main cast return. That includes Cobie Smulders as Marine veteran turned PI, Dex Parios.

Of course, a new season on another network could mean some brand new actors and characters, so stay tuned for news on that.

In the Season 1 finale, Dix finds herself framed for TJ’s murder. She believes the same person killed her ex-boyfriend Benny Blackbird (Sam Marra) and investigates to find who was responsible.

During her investigation, she meets up with a former soldier named Robert Wolfe (Brad Beyer), who served with Benjamin Blackbird. While hiding out with Wolfe at a cabin in the woods, Wolfe ultimately reveals he was responsible for Benny’s death. Grey comes to meet up with Dex and gets shot by Wolfe.

Dex goes after Wolfe in the woods. He tries to kill her, but Dex shoots him first, killing him in self-defense.

Meanwhile, Detective Miles Hoffman turns in his badge to Lieutenant Cosgrove, saying he helped Dex while she was under investigation for murder. He tells Cosgrove he needs time to figure out who he is.

The show ends on a few significant cliffhangers to set up events for Season 2. While Grey is recovering in the hospital from his gunshot wound, a nurse tells him his father is there to see him. Instead, another man comes into the room and says his dad did some work for them and took some things. He tells Grey he’s going to help them find him.

Meanwhile, Dex is back home when she gets a surprise visitor at the door. “Mom?” Dex asks as she opens the door with the woman she’s looking at never shown on screen.

It seems likely that those two storylines would play into Season 2, but it’s always possible a new network could have other ideas in mind for the comic-based series.

Stumptown Season 2 is canceled by ABC.