To fumble as a choreographer on “Fosse/Verdon,” FX’s sterling limited series depicting the life, love and legacy of Bob Fosse and Gwen Vernon, would be failing while standing in the brightest of spotlights, exposed to the most savage of television, film, dance, and theater critics.

To succeed would be to risk not being noticed at all.

That was the challenge entered into by three-time Tony winner and “Fosse/Verdon” co-producer Andy Blankenbuehler (“Hamilton”), who painstakingly choreographed the series’ first three episodes, and then taken up by actress and Broadway veteran Susan Misner (“The Americans”) who stepped in when Blankenbuehler heeded the (cat) call and departed the production to head up choreography on Tom Hooper’s “Cats.”

As it happened, Misner was already signed on to “Fosse/Verdon,” portraying Fosse’s first wife, actress Joan McCracken, when she got a call from Blankenbuehler about expanding her responsibilities on the series.

“[Andy] called me and then told me that he was going to do ‘Cats’ and he thought I was the perfect person to take over,” Misner told IndieWire. “That he and Tommy [Kail, EP and director] had talked about it and they both felt that this was the job for me.”

And while Misner’s immediate reaction was to panic, which, she noted, “is probably normal,” that quickly gave way to the project’s natural propulsion, wherein there’s no time to panic when there’s dancing to do. 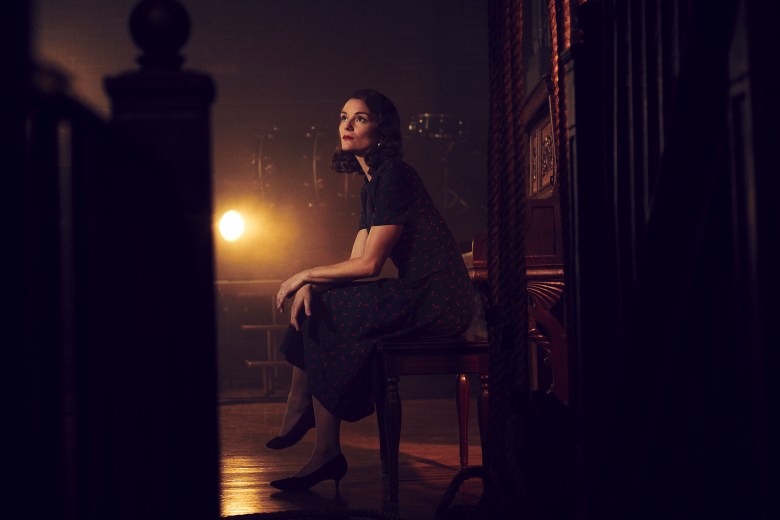 In truth, Kail and Blankenbuehler weren’t wrong to think of Misner as a natural fit for the job, given her skill set. With individuals from The Verdon Fosse Legacy, including assistance from Valarie Pettiford, Dana Moore, and Lloyd Culbreath, on hand to promote and preserve the replication of the pair’s original artistic vision, Misner and her crew were able to give their attention over to the unique challenges of transforming two tremendously gifted actors – who were nevertheless not classically trained dancers – into passable representatives of two of the most brilliant talents to ever grace Broadway.

“When I came back to the dance world [from acting], I became obsessed with the story part of it rather than the technical part of it,” Misner confessed. “Part of it was that I was such a good technician, my body would do anything I asked of it. But I became more interested in what Bob Fosse and Jerome Robbins used to talk about all the time, which was story, story, story.”

“The beauty of working with two non-technicians like Sam [Rockwell] and Michelle [Williams], is that they’re already there,” she continued. “They’re already telling the story and then what I have to do is reverse engineer. So it’s not as intimidating as much as it was like a little fun puzzle.”

It’s not so dissimilar from a moment in “Fosse/Verdon” itself which features Rockwell’s Fosse criticizing dancers during a rehearsal for “Chicago” and explaining to them that they’re all supposed to be murderers, so they shouldn’t have classic chorus line grins on their faces. That the story is the thing, not necessarily the technique.

“And God knows Michelle and Sam worked very, very hard to try to get the technique right. But, that’s always going to fall short for them of what a professional dancer who’s done this for 30 years can do. What they can do that many dancers can’t, is bring full truth to a moment.”

But the choreographer means it when she says that Williams and Rockwell were working hard. They were, but often side-by-side with Misner.

“When you’re in a space like that with people you love and trust, and you know that they love and trust you, and that you have each other’s backs so profoundly, it’s such a joy to go to work,” she continued.

But even encompassed in an environment of love and support, from the highest levels at FX, to directors and executive producers, with staff and talent at all levels, including her team of Mary Ann Lamb and Brandon Bieber, at some level Misner, like Blankenbuehler, had to face the reality of attempting to not just replicate the work of Fosse and Verdon, but to attempt to create in the same style. (This attention to detail worked; the series received 17 Emmy nominations last month.)

For the uninitiated, like certain television journalists who were simply agog at any and all of the dance presented in “Fosse/Verdon,” it’s near impossible to tell where the work of Broadway legends left off and where Misner and friends picked up. 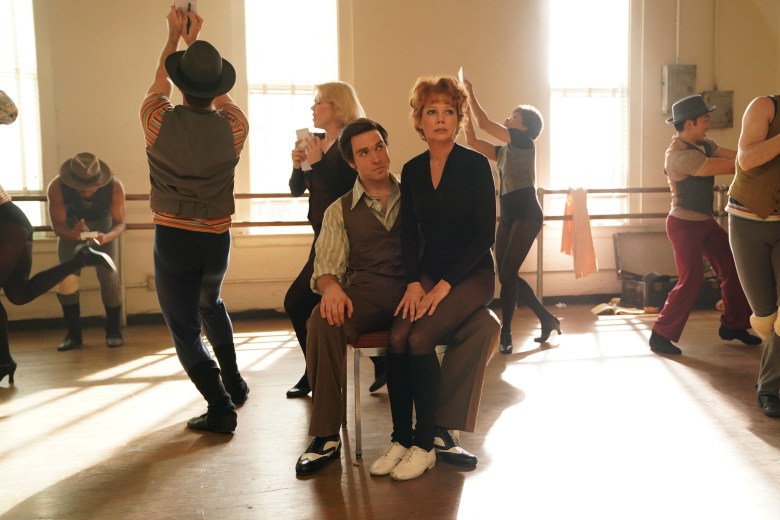 Still, that left a peculiar kind of pressure for the choreographer.

“I definitely felt it with ‘They Both Reached For The Gun,’” Misner said of a scene from the series featuring the choreography process for an iconic number from “Chicago,” “because this was supposed to be Bob’s first draft.”

“And I actually feel really honored that people have told me that they don’t know what’s mine and what’s Fosse’s and that people in the industry, dancers even, have said to me, ‘Did you find Bob’s original material for the piece and put it up?”

“It feels like the greatest homage I could give to them is if I was able to capture their spirit on the screen,” Misner continued. “I went back to Bob’s Vaudeville roots and called upon the genesis of his choreography from his years in burlesque clubs as a kid and I blew it out from there. I feel like that’s all I could do.”

“I can’t speak for Andy, but for me, it’s a real honor when people don’t know the difference. I feel like I did my job.”