TAYLOR Swift's friend Brendon Urie has called Scooter Braun a 'piece of s***' and an 'a******' as he backs her in war over music rights.

The ME! hitmaker signed to Scott Borchetta's Big Machine Records when she first started in the music industry, and over the weekend she revealed her devastation that the label has been sold to Braun. 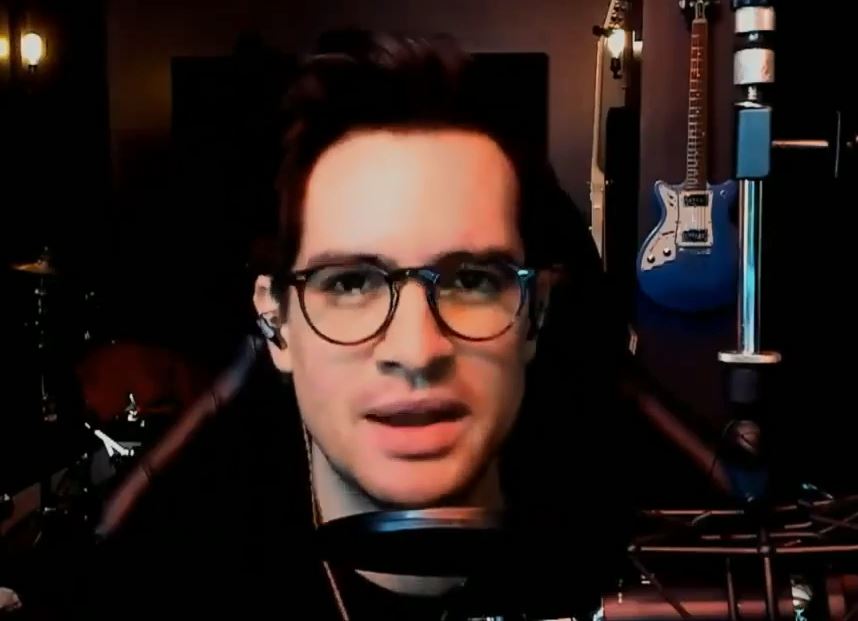 The label changed hands in a £237million merger deal, allegedly without her being given the chance to buy her back catalogue.

A number of celebrities have rushed to Taylor's defence, including Panic! at the Disco frontman Brendon.

The 32-year-old, who collaborated with Taylor on her track ME! gave his opinion on the drama during an online live stream.

He said: "This Scooter Braun s**t, like what a piece of s**t, right? You guys know about this dude?” 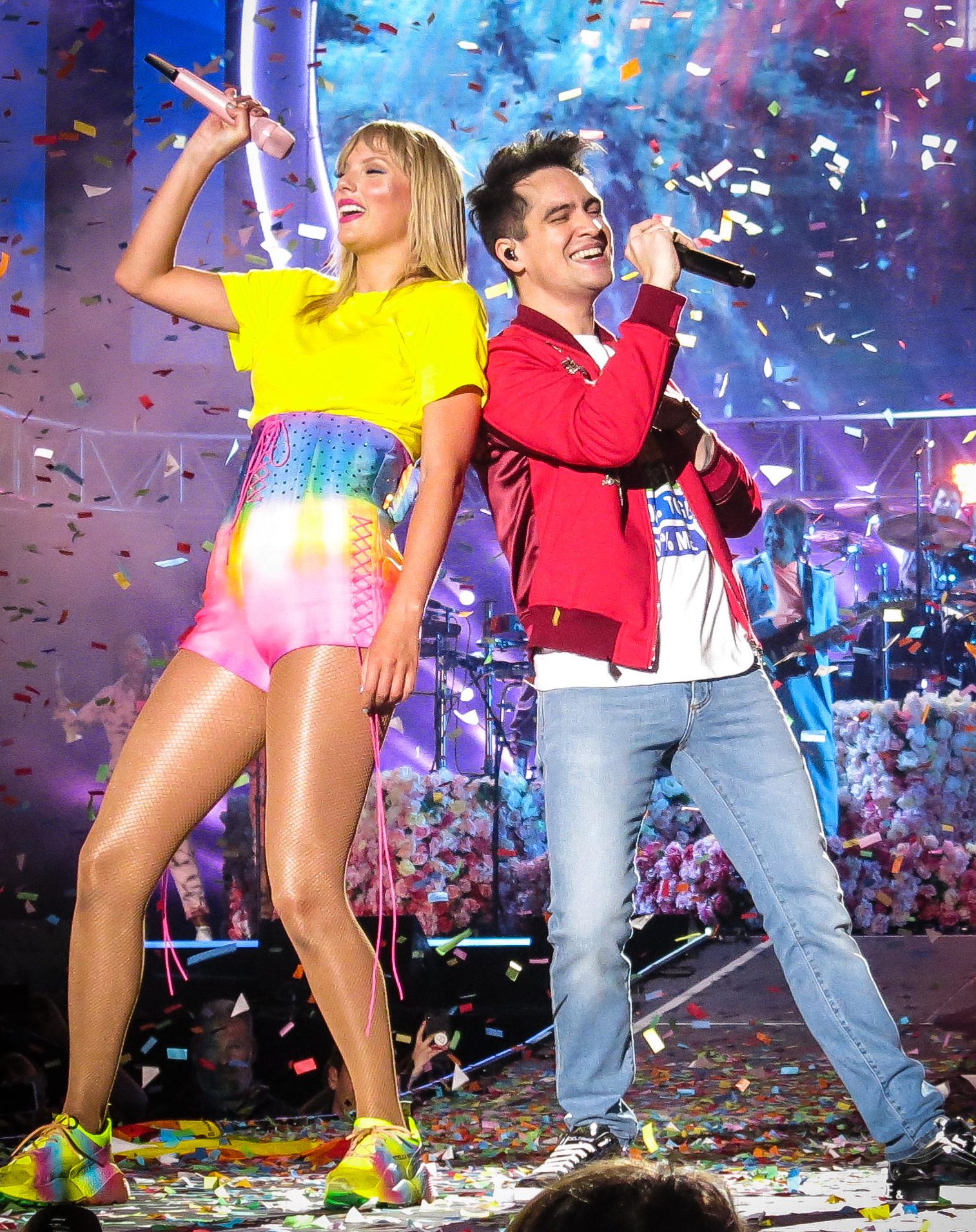 “It just like broke my heart, I read Taylor‘s statement and I was like, ‘That sounds about right.’ Toxic dudes doing toxic bulls**t in this toxic industry.”

He added: “It’s disgusting, right? What a f**king a**hole. I thought that was illegal, to do a business turn behind the people who write the stuff.

"Like you can’t do it without their knowledge. There’s a certain amount of time legally that you have to let the people know.

"There’s gotta be a precedent for that.” 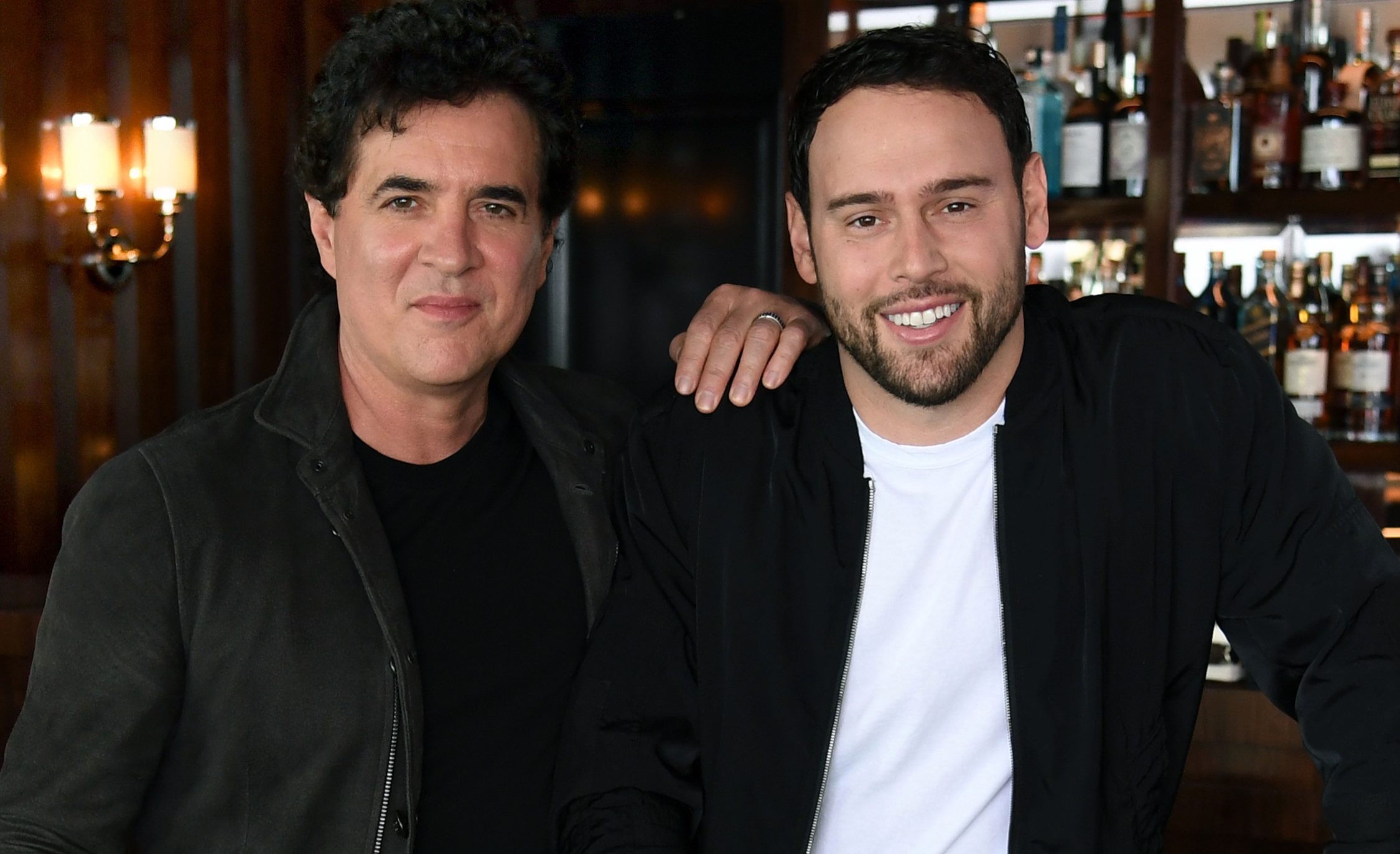 Following Taylor's blog post, both Braun's wife Yael and Justin, 25, have hit back at her, insisting he is not a bully and has fought her corner in private many times.

In a lengthy Tumblr post overnight, Taylor wrote: "For years I asked, pleaded for a chance to own my work. Instead I was given an opportunity to sign back up to Big Machine Records and ‘earn’ one album back at a time, one for every new one I turned in.

"I walked away because I knew once I signed that contract, Scott Borchetta would sell the label, thereby selling me and my future.

"I had to make the excruciating choice to leave behind my past. Music I wrote on my bedroom floor and videos I dreamed up and paid for from the money I earned playing in bars, then clubs, then arenas, then stadiums. 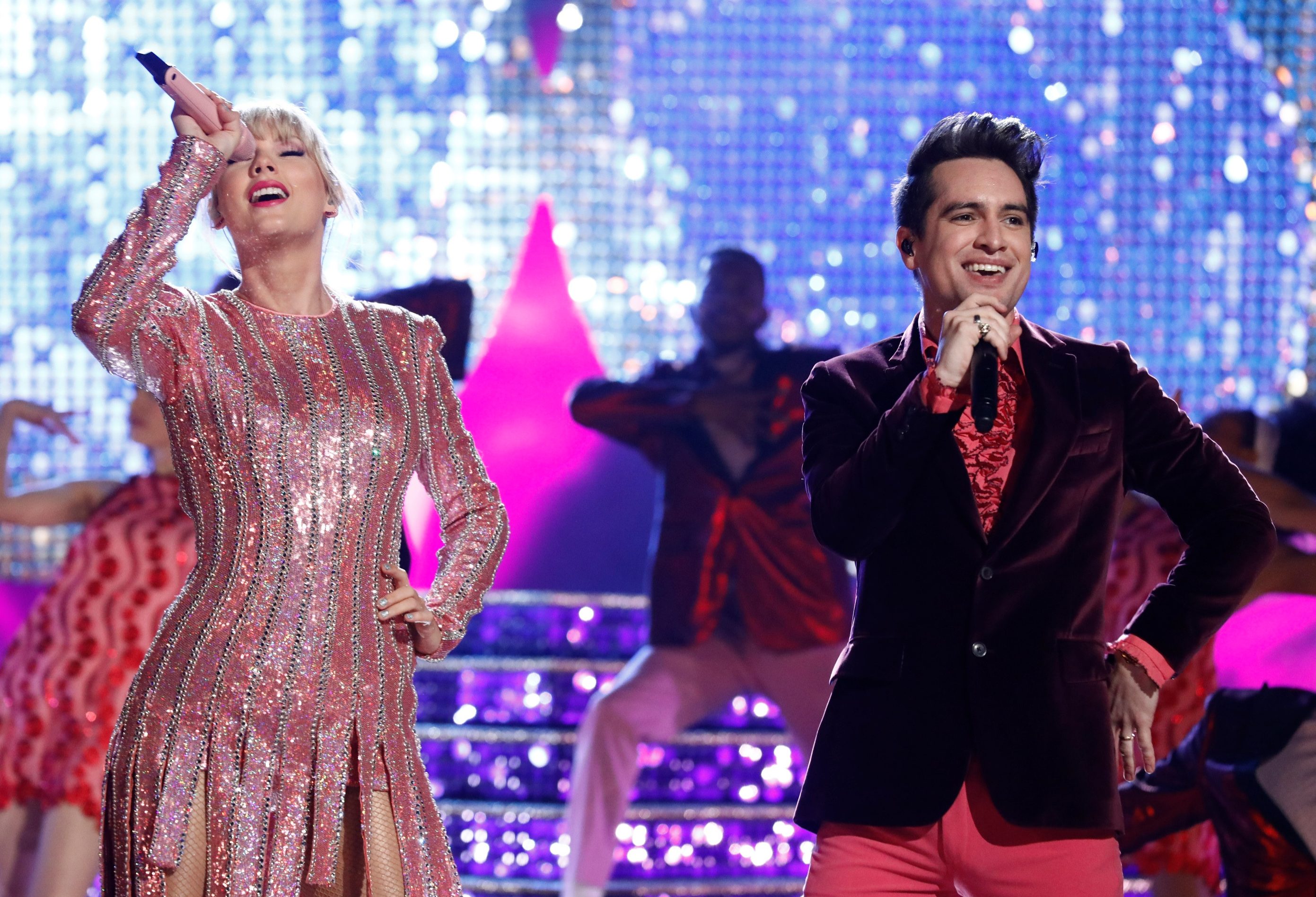 "Some fun facts about today’s news: I learned about Scooter Braun’s purchase of my masters as it was announced to the world. All I could think about was the incessant, manipulative bullying I’ve received at his hands for years."

Taylor admits it is her "worst-case scenario", as she always knew the label would be sold but never imagined it would be to Scooter. 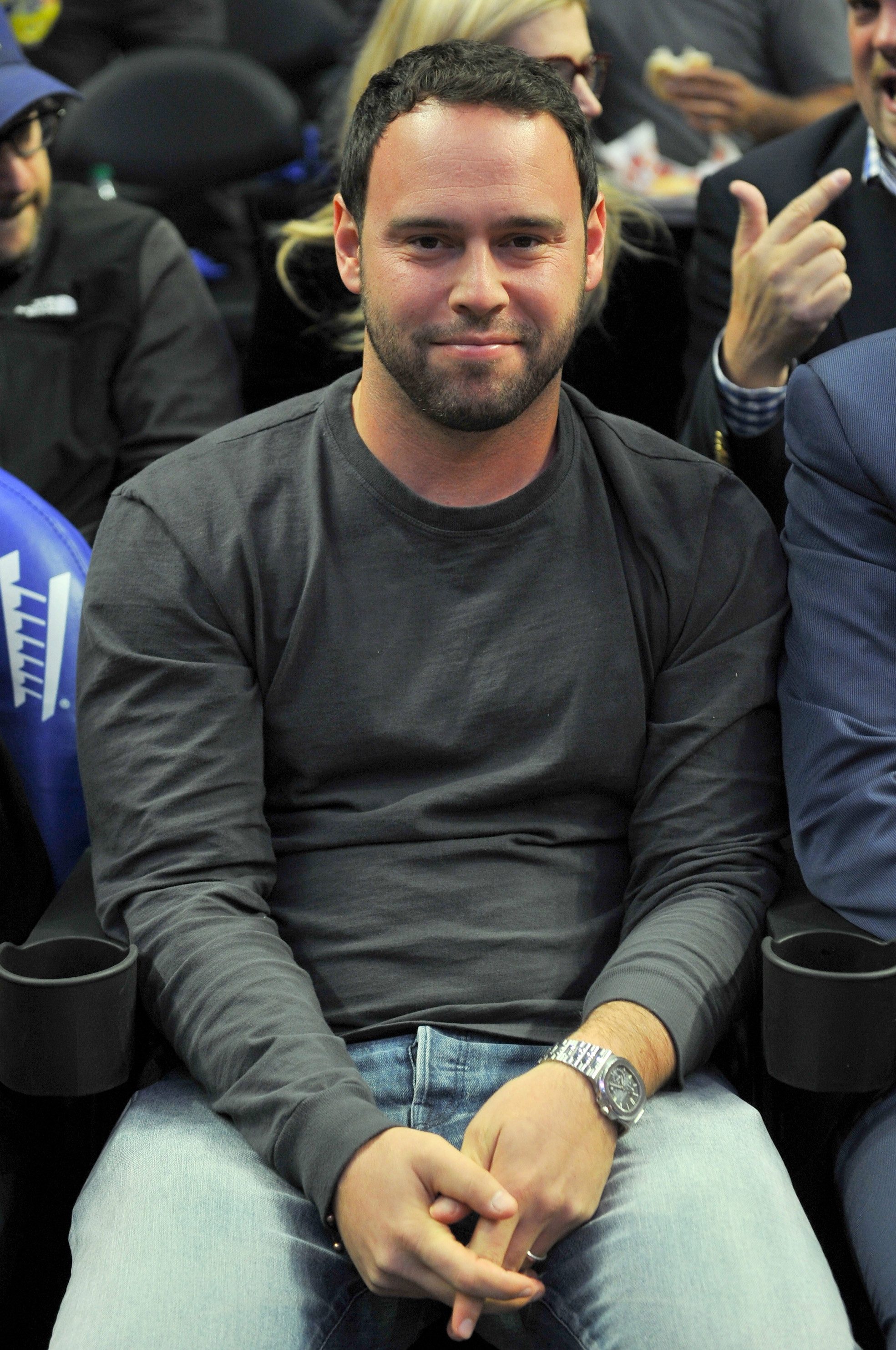 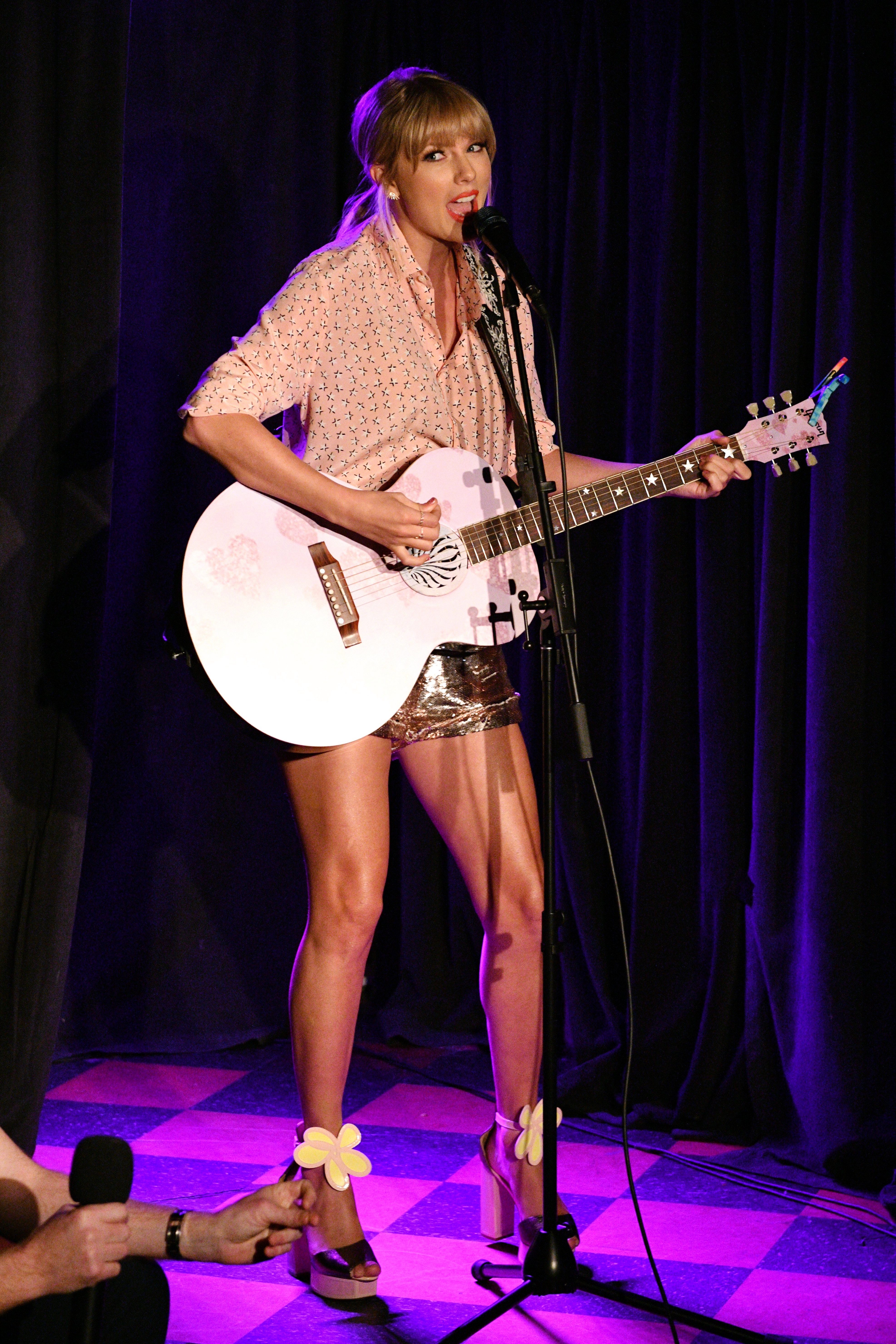 "Now Scooter has stripped me of my life’s work, that I wasn’t given an opportunity to buy. Essentially, my musical legacy is about to lie in the hands of someone who tried to dismantle it… This is my worst-case scenario. This is what happens when you sign a deal at fifteen to someone for whom the term ‘loyalty’ is clearly just a contractual concept.

"Never in my worst nightmares did I imagine the buyer would be Scooter. Any time Scott Borchetta has heard the words ‘Scooter Braun’ escape my lips, it was when I was either crying or trying not to. He knew what he was doing; they both did. Controlling a woman who didn’t want to be associated with them. In perpetuity. That means forever."

And whilst Taylor admitted she was "sad and grossed out" by the whole thing, she hopes this will help others "learn about how to better protect themselves in a negotiation".

The Sun Online has contacted Scooter's rep for comment.

In her response to Taylor, Yael said she was open to talking privately with the singer and that the issues couldn't be resolved in a blog post.

She wrote: "My husband is anything but a bully, he's spent his life standing up for people and causes he believes in. 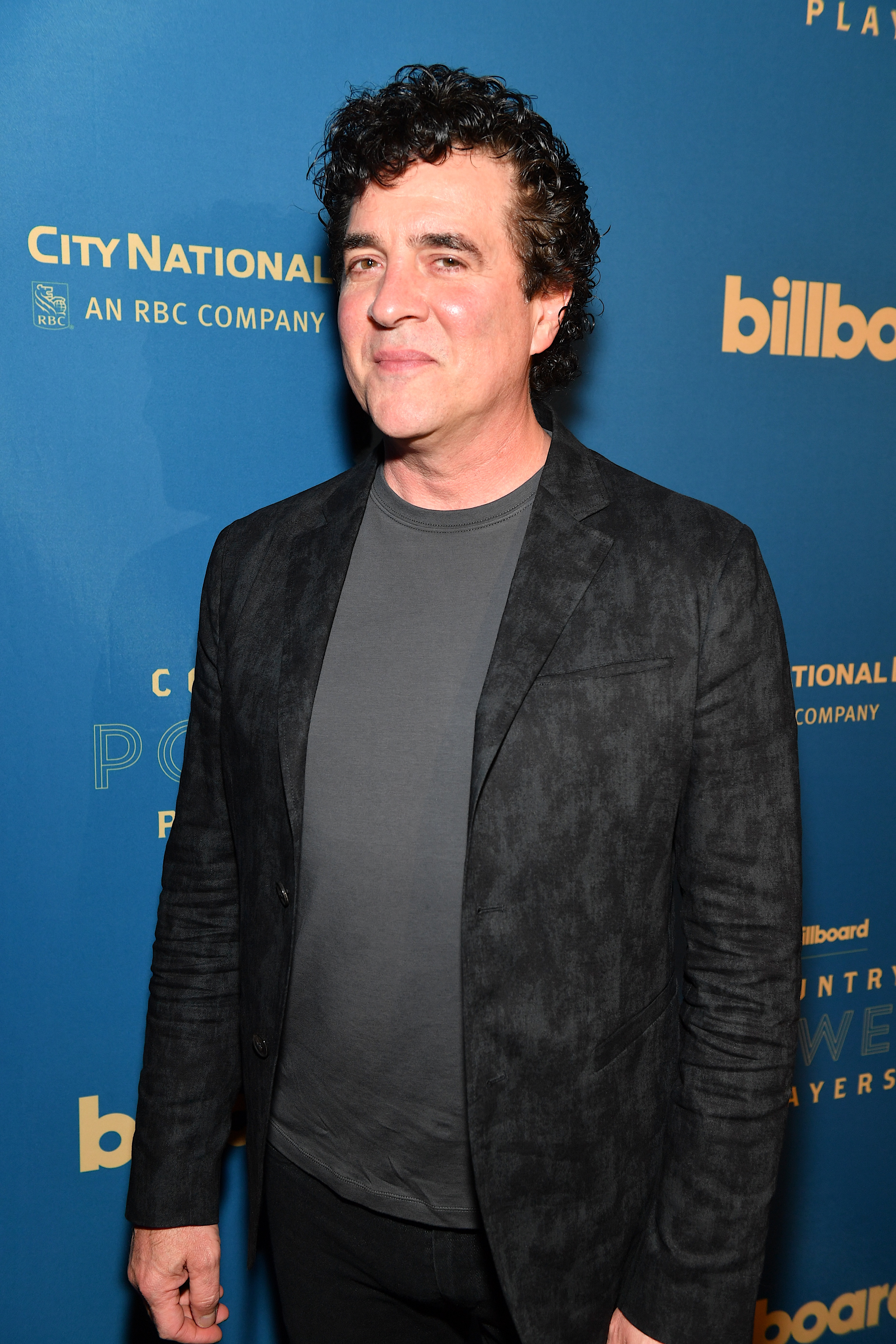 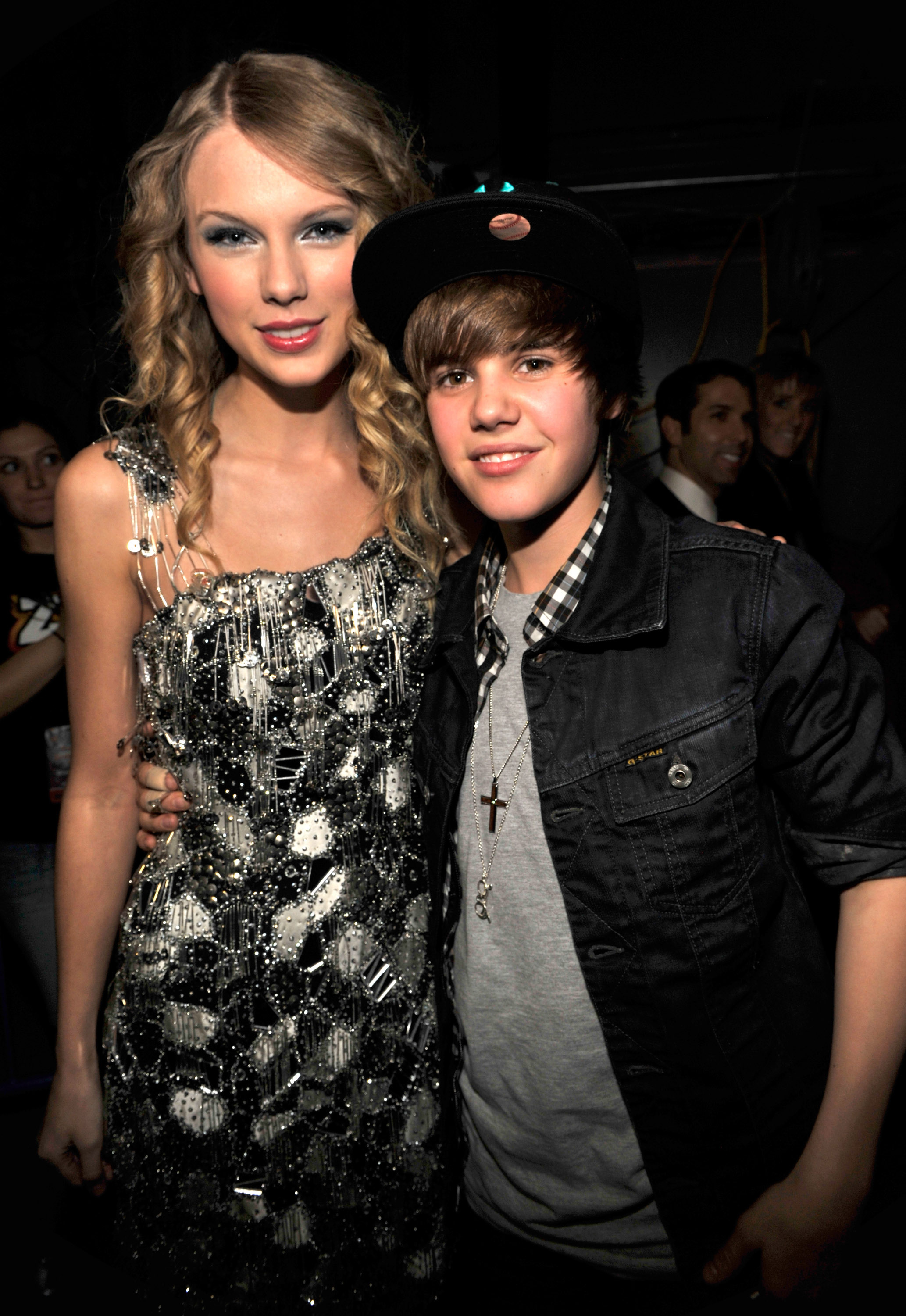 "Beyond that, it's easy to see that the point of putting this out was to get people to bully him."

Bieber, who was signed by Braun as a teen, has also waded into the debate, sharing a throwback of himself with Taylor, while defending his mentor.

The singer apologised for previously upsetting Taylor on social media during her feud with rapper Kanye West.

He went on: "Scooter has had your back since the days you graciously let me open up for you!

"So for you to take it to social media and get people to hate on scooter isn’t fair. What were you trying to accomplish by posting that blog? seems to me like it was to get sympathy u also knew that in posting that your fans would go and bully scooter."

The star added that he hoped the three of them could sit down and talk about their issues and that both he and Scooter 'loved Taylor'.

Hey Taylor. First of all i would like to apologize for posting that hurtful instagram post, at the time i thought it was funny but looking back it was distasteful and insensitive.. I have to be honest though it was my caption and post that I screenshoted of scooter andKanye that said “taylor swift what up” he didnt have anything to do with it and it wasnt even a part of the conversation in all actuality he was the person who told me not to joke like that.. Scooter has had your back since the days you graciously let me open up for you.! As the years have passed we haven’t crossed paths and gotten to communicate our differences, hurts or frustrations. So for you to take it to social media and get people to hate on scooter isn’t fair. What were you trying to accomplish by posting that blog? seems to me like it was to get sympathy u also knew that in posting that your fans would go and bully scooter. Anyway, One thing i know is both scooter and i love you. I feel like the only way to resolve conflict is through communication. So banter back and fourth online i dont believe solves anything. I’m sure Scooter and i would love to talk to you and resolve any conflict, pain or or any feelings that need to be addressed. Neither scooter or ihave anything negative to say about you we truly want the best for you. I usually don’t rebuttal things like this but when you try and deface someone i loves character thats crossing a line.. 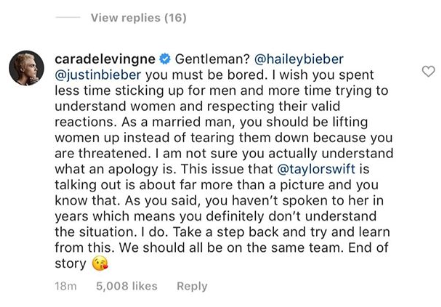 Borchetta has responded with a statement of his own, titled So, It's Time For Some Truth, through the Big Machine Records website.

The label boss said he never experienced Taylor crying over Braun's behaviour towards her but was aware she had some issues with his artist Justin Bieber.

He also claimed it was very unlikely that Taylor did not know about the merger before it was reported by The Wall Street Journal as her dad is a shareholder in BMR and was notified about the business deal ahead of a shareholder meeting.

The mogul also included the text message he sent to Taylor informing her of the deal and wishing her well, ahead of it being made public.

And when it came to the issue of the masters and back catalogue, Borchetta insists Taylor could have owned it all had she wanted to, writing: "Taylor had every chance in the world to own not just her master recordings, but every video, photograph, everything associated to her career.  She chose to leave. "

However, a representative for Taylor denied her dad Scott was privy to the shareholder meeting.

They said: "Scott Swift is not on the board of directors and has never been. On June 25, there was a shareholder phone call that Scott Swift did not participate in due to a very strict NDA that bound all shareholders and prohibited any discussion at all without risk of severe penalty.

"Her dad did not join that call because he did not want to be required to withhold any information from his own daughter. Taylor found out from the news articles when she woke up before seeing any text from Scott Borchetta and he did not call her in advance.” 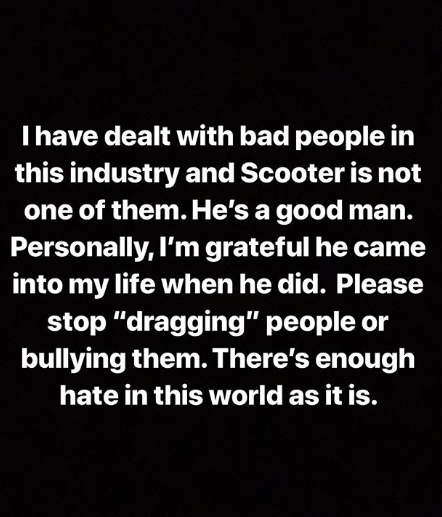 Another one of Scooter's acts, Demi Lovato, told her 72.8 million Instagram followers that he was a "good man" and urged people to stop "dragging" him online.

But Taylor's good friend Martha Hunt is backing her pal's version of the truth, writing on Instagram: "Taylor doesn’t deserve for someone who has constantly BULLIED her to OWN THE RIGHTS to her blood, sweat, + tears.

"It’s not the dark ages – artists shouldn’t be held down, and I couldn’t be prouder of my friend for standing up for what’s right. End of story."