After last week’s heavy-duty election coverage, the broadcast networks returned to their regularly scheduled programming Tuesday, with ABC topping the night with The Bachelorette. The reality staple towered over the competition with a 1.5 in the adults 18-49 demographic and 5.06 million viewers, up a tenth from last Thursday’s special and three tenths up from its last fresh Tuesday episode. It also marked the second-largest viewership of the new season.

The Bachelorette was followed by the CMA Awards Country Strong 2020 special (0.4, 2.18M), with the duo helping ABC to the stop spot overall in the ratings race.

NBC fared well with The Voice (1.1, 7.43M), which ticked up from Monday’s episode and its most recent Tuesday edition. The Pearson family returned with a new episode of This Is Us (1.3, 6.67M), which held steady in the demo but slipped in audience numbers. Meanwhile, Transplant (0.5, 3.87M) dipped a tenth. NBC was tops overall in viewers.

At CBS, repeats of NCIS and FBI were followed by a new episode of FBI Declassified (0.3, 2.77M), which returned steady. 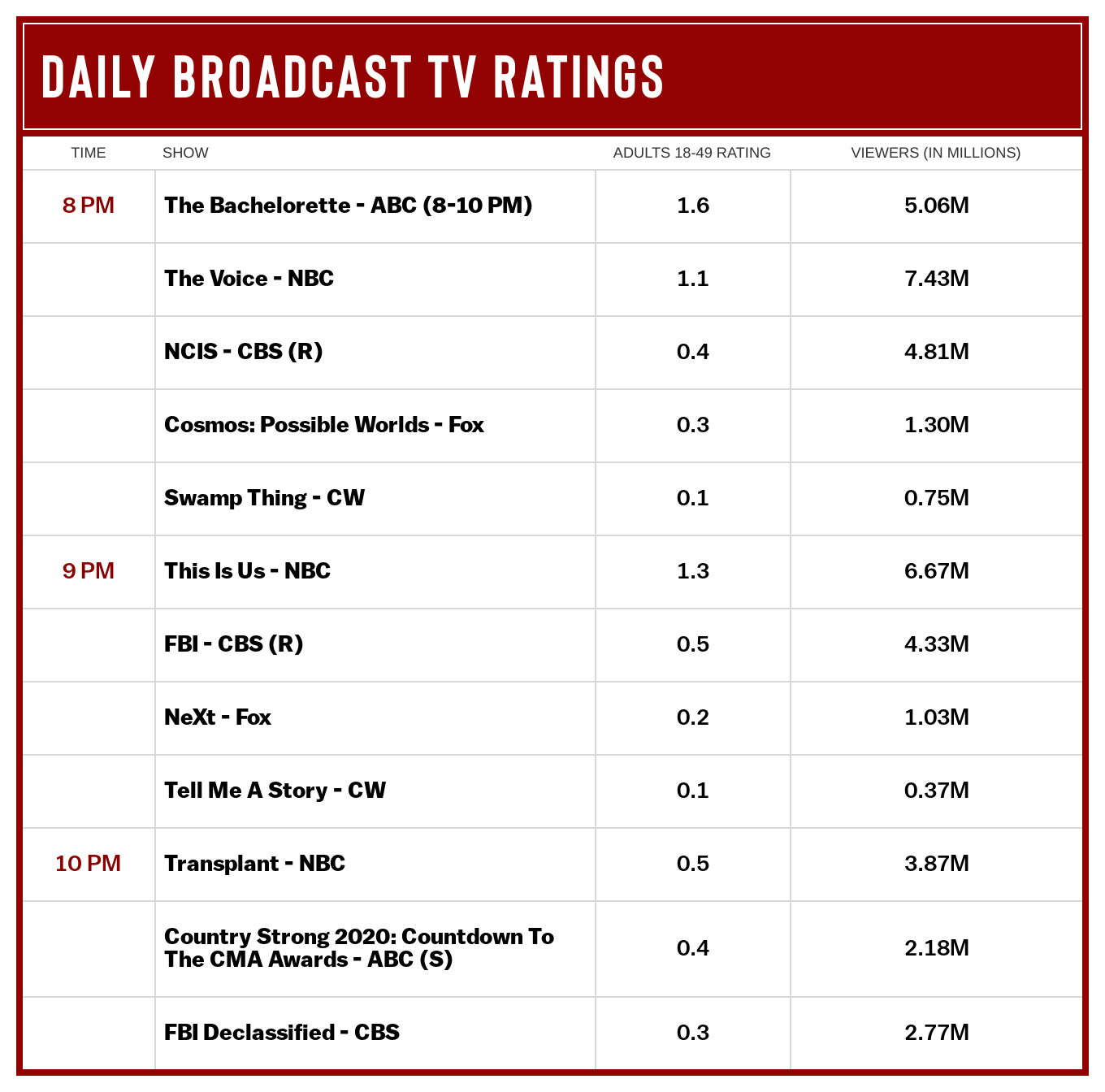