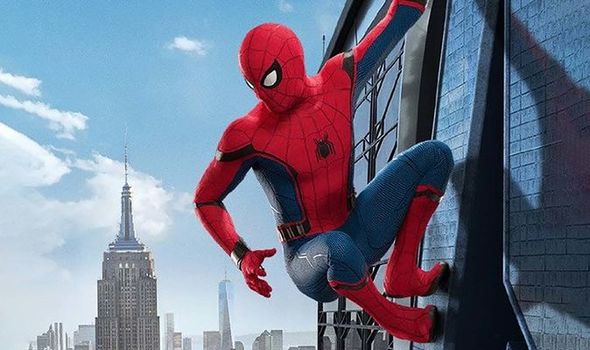 The announcement came just a few weeks before the release of No Way Home. The highly anticipated flick will mark Tom Holland’s third solo outing as the webbed-favourite and is widely expected to be the biggest Marvel event since Endgame.

It looks set to expand on the multiverse’s emergence from the Loki Disney+ series and will bring back an array of villains from previous films. There are also rumours Tobey Maguire and Andrew Garfield will return as their iterations of the superhero.

There were some concerns that this film, which brings the trilogy to a close, may be Holland’s last solo movie before the mantle passes to a different incarnation of Spider-Man ‑ but it’s now clear that won’t be the case.

Marvel producer Amy Pascal confirmed Sony are planning three more movies ‑ so The Watchers have taken a look at some of the famous comic arcs that could be told on the big screen.

Admittedly not quite an arc in itself, Tom Holland facing off against Tom Hardy’s Venom is on the horizon ‑ it just remains to be seen whether this is included amongst the three solo Spidey films or whether it’s a different entry in of itself.

Venom: Let There Be Carnage finished with an end-credits scene that teleported Venom to the MCU, with the newscast showing we’re now at the same time as the start of No Way Home.

It’s widely expected that a further teaser on the pair’s face-off will crop up in the end credits of the new Spidey film.

Venom is amongst the most famous of Spider-Man’s rogues gallery and has an interesting role to play in the MCU. His origin does not follow the same storyline as the comics ‑ where the symbiote initially merged with Peter Parker before then linking-up with Eddie Brock.

The end credits scene from Let There Be Carnage showed that the Venom symbiote did know Spider-Man, however, and we await to see how ‘that guy’ fits into the Venom landscape.

The success of Sony’s animated Into The Spider-Verse is well documented and, fresh from the reveal of the first trailer for the sequel and the confirmation it will be split into two parts, a live-action approach somewhere down the line seems likely.

No Way Home may, of course, see the Maguire and Garfield versions of Spider-Man return but it’s not clear entirely how big of a capacity they’ll play and it may just be brief appearances, with a potential to expand the Spider-Verse further down the line.

This approach could also be the move that Marvel and Sony make for the long-term future of Spider-Man beyond Tom Holland, allowing them to introduce the likes of Miles Morales and Spider-Gwen to potentially take the mantle as the MCU’s main web-slinger in further phases.

Another potential avenue for the MCU to follow when it comes to preparing for a future without Tom Holland is the adaptation of the Ultimate Fallout storyline, which was used as Miles Morales’ introduction in the Into The Spider-Verse movie.

The iconic storyline saw the death of Peter Parker and Miles step-up to fill the void. It became a fan favourite in Marvel’s ultimate universe in the comics before eventually being moved into the main universe following the events of Secret Wars.

The general consensus is that Miles Morales will appear sooner rather than later but, given the storyline was used for Sony’s animated film, the MCU may elect to take a different approach.

Taking place way back in the early issues of the comics, this storyline sees Peter Parker give-up the mantle of Spider-Man after becoming disillusioned with his role as a hero and the fact he doesn’t get the recognition that others do.

Branded a menace, and in some cases a villain, Parker decides enough is enough and quits ‑ although only briefly as he does make a return in the arc, which also introduced Kingpin to the Marvel world.

Given the atmosphere that’s developed heading into No Way Home, with Spider-Man seen as responsible for the apparent death of Mysterio, it could serve as a storyline for the immediate future where Parker decides to move away from the life of a hero before returning to fight a big bad.

A member of the Spidey rogues gallery who has regularly been touted for an introduction into the MCU, Kraven the Hunter, would have an interesting role to play in the universe as there’s plenty of animal-like heroes for him to hunt, or he could be adapted to hate heroes altogether.

The Kraven’s Last Hunt storyline is widely regarded to be one of the best-ever Spider-Man story arcs. Kraven is determined to kill Spider-Man – which he’s successful in doing ‑ and even takes up the Spider-Man mantle himself before the hero makes his return.

Interestingly, this storyline could well be adapted to fit one of the others we’ve mentioned ‑ it could work for the Spider-verse angle, with Kraven hunting all the Spider-people across the multiverse, or as the villain who kills Spider-Man to result in Miles Morales’ MCU introduction.