The Chase was back with a family special this evening and Bradley Walsh was joined by the Patel family as well as Anne ‘The Governess’ Hegerty who was in the Chaser’s hot seat. When it was the final contestants turn to choose a monetary offer which Anne presented on the table, one of the family members gave some startling feedback and Bradley was so shocked by what he heard those watching at home saw him lose his cool.

Himesh, led the Patel family and he was joined by Emal, Jigna and Sharan.

Despite being the captain, Himesh was up first and out first, but Emal changed the game when he managed to score £3,000 for the team.

Jigna then added a comfortable £6,000 to the pot and it was up to Sharan to increase the possible jackpot prize.

She managed to answer four questions correctly in the cashbuilder round and Anne tried to tempt her to go high. 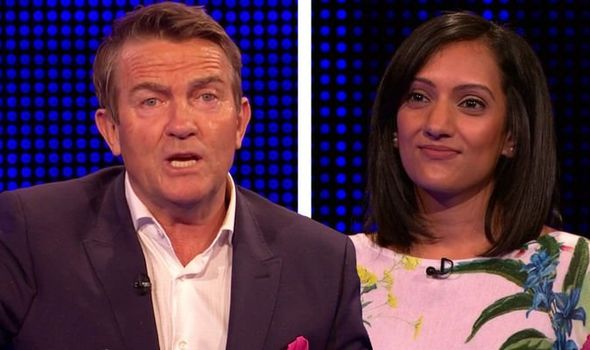 “Steady Sharan, steady, have a chat with the family,” the host remarked and they turned around to consult the other team players.

“Jigna, what do you say?” Bradley asked and she replied: “Well done with that. I say take the low offer Sharan, we want you back here!” 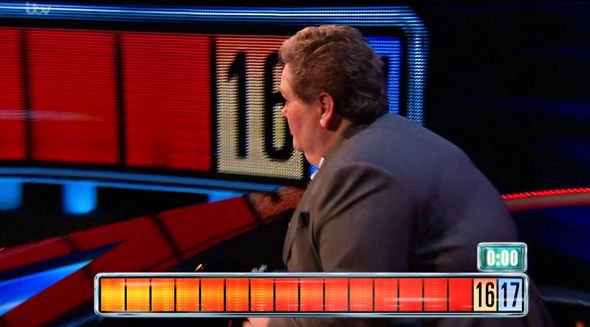 The player replied: “Depends how you feel, but we could really use you in the final round, so maybe stay with £1,000.”

“Emal! What are you doing man? Jigna, come on pull yourselves together,” the host muttered.

“Well they don’t think much of you!” Anne interjected with her mind games to entice Sharan to take the high offer.

“No, they do, they do!” Bradley hit back. “They thought it was a very good performance.” 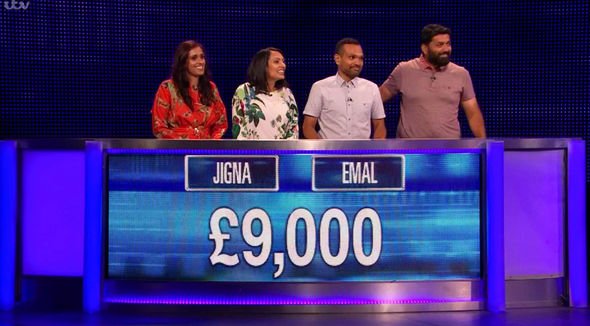 “What would Himesh be saying right now?” Bradley asked and Sharan laughed: “He would be saying ‘go for the £71,000!’”

Sharan stuck with the middle offer but failed to add it to the jackpot.

It was down to Emal and Jigna to take the winnings home and they did just that.

With five attempts to push Anne back and four executed, the clock round out before Anne had the chance to beat them.

Anne said, discussing her error: “If I haven’t of rushed at the planets question, I know the order of the planets, I just got mixed up,”