The Handmaid’s Tale season 3, episode 8 recap: What happened in Unfit?

The Handmaid’s Tale season three is currently airing on US streaming service Hulu with the eighth episode dropping today (Wednesday, July 10). The dramatic episode finally gave fans an insight into Aunt Lydia’s (played by Ann Dowd) past after three seasons of waiting. So what happened in Unfit? Here’s what you need to know.

What happened in The Handmaid’s Tale season 3, episode 8?

Picking up where episode seven left off, viewers were eager to see what would happen next to Ofmatthew (played by Ashleigh LaThrop) after June (Elisabeth Moss) attacked her.

Fans will remember this happened after June found out that Ofmatthew was responsible for the hanging of Martha Frances (Ordena Stephens) at the end of episode seven.

June is so distraught about this because Martha Frances was caring for her daughter Hannah (Jordana Blake), which has forced her family to relocate.

Unfit starts at the birthing ceremony of Ofandy with all of the Handmaids present as they band together to snub Ofmathew for what she did.

As a result, Aunt Lydia called a meeting of the hHndmaids to force them to sit in a circle around June and point and blame her for the death of Martha Frances.

June then reveals that Ofmatthew had confided in her that she wasn’t sure she wanted to have her baby, which causes Aunt Lydia to turn the tables to blame her.

WHAT HAPPENED IN THE HANDMAID’S TALE SEASON THREE, EPISODE SEVEN? 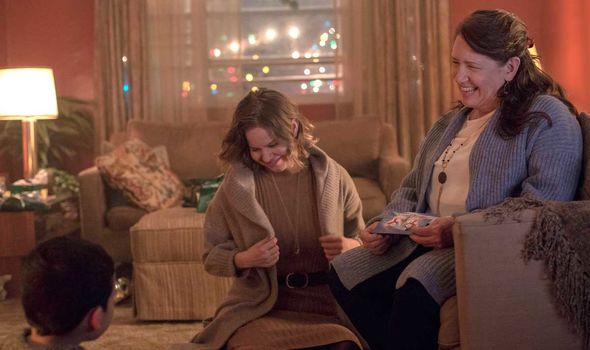 The biggest reveal in this episode was what we learned about Aunt Lydia’s past pre-Gilead when she was a devoutly religious teacher.

In one flashback, we see Aunt Lydia looking after a young boy named Ryan (Ian Ho) as she brings him and his mother Noelle (Emily Althaus) home for dinner at her house.

Her relationship with the pair grows quickly as flashbacks show them spending Christmas together and it’s revealed that the young boy calls her Aunt Lydia.

During these moments fans find out more about her, including that she lives alone and has had an unhealthy marriage.

Aunt Lydia then goes on a date with her school’s headteacher (John Ortiz), which progresses to karaoke and then back to her flat.

At the moment she tries to become physical with her date, he reveals he is not comfortable.

WHO IS IN THE CAST OF THE HANDMAID’S TALE? 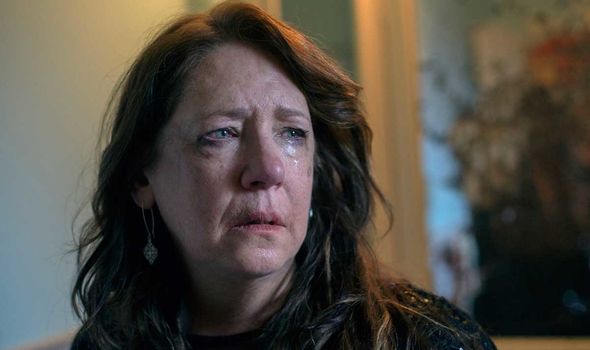 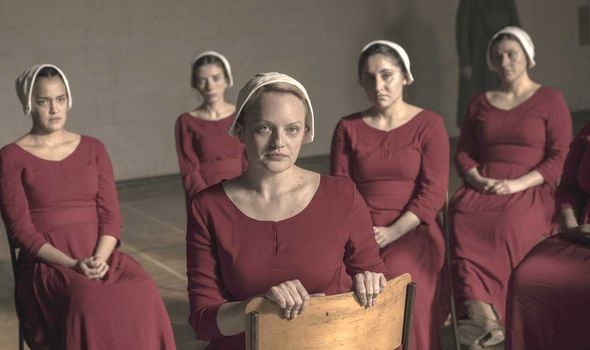 This rebuff leads Lydia to not see him again and causes a shift in her character as she becomes more devout and distances from her relationship with the Ryan and Noelle.

She even goes as far as to report them for moral weakness, so the young boy is sent away to foster care.

His mother Noelle turns up and screams at Aunt Lydia but she simply stares on coldly – a look which fans of The Handmaid’s Tale know very well.

Back in present day Gilead, there has been an extreme switch in June to ruthlessness as she reveals she is pleased that Ofandy died in childbirth.

She also spends some time arguing with Commander Lawrence (Bradley Whitford) about the way that he treats his wife.

WHERE IS THE HANDMAID’S TALE FILMED? 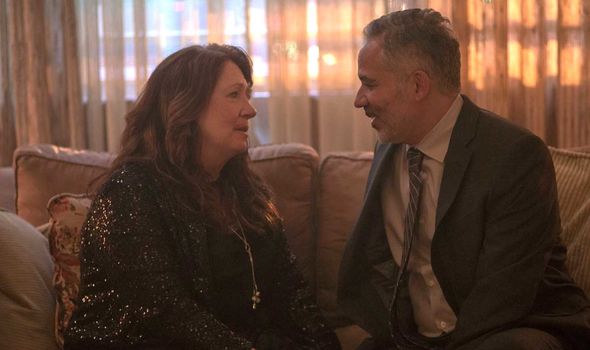 The most dramatic moment of the episode comes in the grocery shop when Aunt Lydia tells June that she will be moving from her current household.

June smirks at Ofmatthew who is waiting there with Janine (Madeline Brewer). In a dramatic moment, Ofmatthew cracks, kills one of the guards and grabs his gun.

Viewers watch her turn around and aim at June before switching her gun towards Aunt Lydia.

However, Ofmatthew is shot before she gets the chance to kill Aunt Lydia as the camera cuts to June – brutally unmoved by the violence.

A promo for next week’s episode hints that Ofmatthew may not be dead as June must deal with the consequences of what happened.

The Handmaid’s Tale season 3 drops weekly on Hulu on Wednesdays and airs on Channel 4 in the UK every Sunday at 9pm.