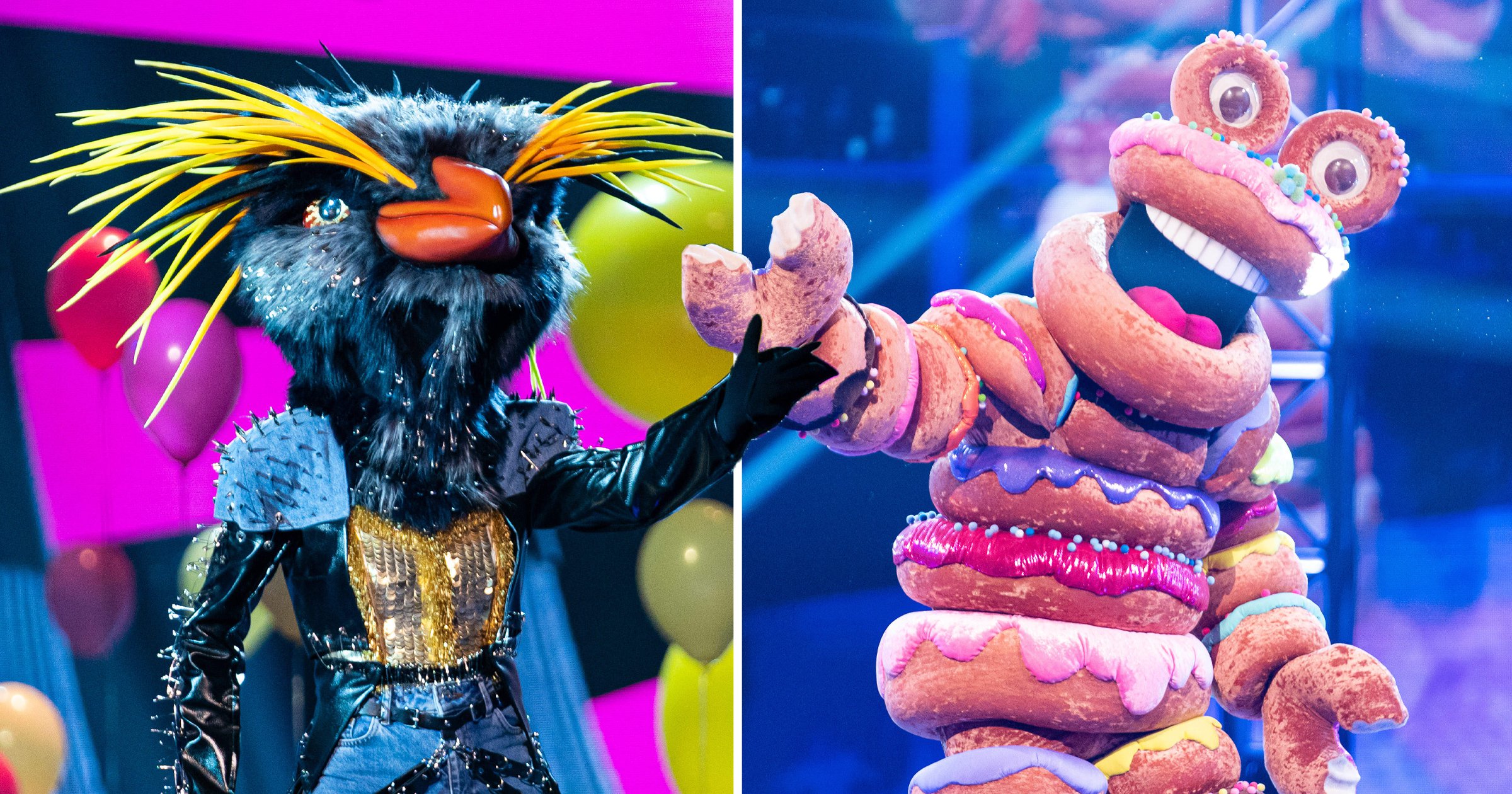 The Masked Singer UK makes its highly-anticipated return tonight, as judges Rita Ora, Mo Gilligan, Jonathan Ross and Davina McCall take their seats to try and guess which celebrities are behind the costumes.

With Joel Dommett returning to present the ITV show, season 3 will see characters including Doughnuts, Rockhopper, Traffic Cone, Panda and Robobunny belt their hearts out on stage.

Ahead of the launch, TV viewers at home have very little to go off when guessing who the famous individuals in the cast could be.

However, while speaking to Metro.co.uk, Mo and Jonathan shed light on what fans can expect from the costumed singers, which could prove intriguing for fans keen for the inside scoop.

According to Jonathan, Doughnuts is going to have a very commanding aura in front of the audience due to the stage presence that they exude, emphasising that the show is not only about the singing.

‘Some of the singers sell the characters of the suit they’re in. This is why it’s not really a talent show as such, it’s more of a kind of fun variety experience,’ he said.

Explaining that on some occasions, people might question why someone has been voted off because they’re ‘such a great singer’, he stated: ‘Some people you know are going to get voted in because the kids in the audience just fall in love so much with the costume and how that person plays up in that costume that they’ll stay in.’

Jonathan continued: ‘Someone like Doughnuts for example, will have the audience in the palm of their hand because of the way they were on stage. They’re so much fun to watch.’

Another character who’s likely to make a strong impression on audiences is Rockhopper, with Jonathan revealing that for one of their performances, ‘the person in that suit delivered a really emotional song’.

‘You could see this person really got into the emotion, and we found out afterwards what they connected to in the song, and we could hear they were almost in tears. Maybe they were in tears at the end of the song. And so were all we, we were all moved by it,’ he recollected.

‘That’s an amazing feat – someone dressed like a giant colourful penguin can more or less make us cry with their amazing talent but also their ability to connect to the emotional story in this song.’

While he didn’t give much away about their performances, Mo noted that Robobunny could be one to watch, expressing his admiration for the singer’s costume.

After Jonathan remarked that Robobunny is ‘one of Mo’s favourites’, the comedian said that it was ‘spectacular’ witnessing what the celebs are ‘able to do in some of the costumes’, saying that the character is ‘probably one that viewers at home should be like, “get ready for this one”’.

‘Everyone each week gives something absolutely different,’ he added.

The Masked Singer UK returns tonight at 7pm on ITV.

The Masked Singer series 2: Who is behind each mask?

With the nation more or less confined to their living rooms every Saturday night, The Masked Singer has proven to be something of a lockdown 3.0 saviour.

While the performances are of course a draw, most of the fun lies in guessing just who is behind each mask.

Here is who was behind each mask: