It’s hard to recall a deeper lineup of in-demand young talent for a recent indie movie. And the casting isn’t over, we hear.

Rupert Sanders (Snow White And The Huntsman) will direct the feature adaptation of Tim O’Brien’s acclaimed collection of stories about a platoon of young soldiers and their experiences on the front lines during the Vietnam War.

Blue chip firm MadRiver has boarded world sales rights and will launch the buzz title this week for the AFM ahead of a planned early 2021 shoot in Thailand. CAA Media Finance is arranging financing and will co-rep North American rights. 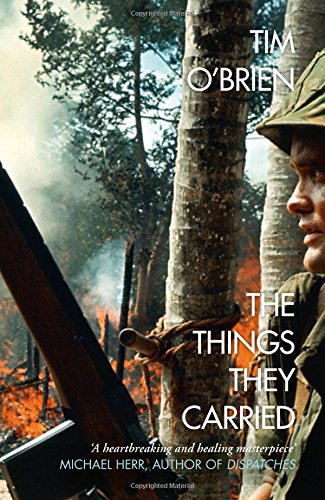 Pulitzer Prize-finalist O’Brien served in Vietnam in the late 1960s and his experiences course through his work. In The Things They Carried, which is often taught in middle schools and high schools across America, he tells the story of the young men of Alpha Company, a platoon of soldiers sent to fight on the ground during the War. Trekking from village to village amidst chaos and confusion, the young men struggle to navigate a growing labyrinth of physical, mental, and emotional terrains as they battle for the survival of their sanity, innocence, and each other.

The book won the 1990 National Book Critics Circle Award and has been named a New York Times Book of the Century. Stories within the collection have previously been adapted for stage and once for screen in the shape of 1998 movie A Soldier’s Sweetheart starring Kiefer Sutherland.

Producer Zander optioned the book from O’Brien and has been developing the project for a number of years.

“Tim O’Brien’s The Things They Carried is his seminal masterwork – a raw, unflinching, and emotionally truthful literary experience filtered through a kaleidoscope of memory that’s impossible not to be profoundly moved by,” said HSB’s Hardy and Baker jointly. “We are all deeply passionate about and honoured to have the good fortune of working alongside Tim in bringing his vital classic to screen – and together with our incredible cast, Rupert, Scott, and David – we look forward to creating what we feel will be an important film.”

Sanders, who most recently directed Apple TV+’s upcoming drama series Foundation, said: “The Things They Carried is a beautifully crafted work and one of the most viscerally evocative books I have ever read. For me, it transcends its subject of young men at war and explores the landscape of deep human emotions that reside within all of us. We live in such turbulent times, and the themes of love, fear, and mortality that Tim explored thirty years ago still resonate today, maybe even more powerfully. I am so excited about the cast we have put together – we have not seen this many young stars from different backgrounds sharing the screen since the days of Platoon or The Outsiders.”

MJZ’s Zander added: “Things They Carried is a timeless tale about the human heart. It’s about fear and courage and friendship. It’s about growing up, about holding oneself together in the face of terrible events…or not holding oneself together at all. It’s about death. And how to live on in the aftermath of death. It’s about the weight of the things we all carry. Taught to an entire generation of American high school and university students, The Things They Carried has attained its stature precisely because it’s about so much more than the war — in the same way that To Kill A Mockingbird is about so much more than life in the Jim Crow South, or The Great Gatsby is about so much more than the Roaring Twenties. The handful of books that become rites of passage in the American educational system are chosen because they speak to universal questions, and The Things They Carried stands shoulder to shoulder with them. I am so thankful to Tim for entrusting me to bring this important work to the screen.”