The hit reality show “Love After Lockup” follows couples who met while one of them was behind bars. They would typically meet online (via social media and pen pal sites such as WriteAPrisoner.com), though in a teaser for Season 4, one cast mate admits that she met her beau while she worked as a “corrections lieutenant” and wound up serving time herself. Cameras follow these couples as they navigate the murky relationship waters once the inmate is released and the real work in the relationship begins, per IMDb. The release of the formerly locked up lover often leads to unearthed secrets, and disapproval from friends and family members.

Britney, a healthcare advocate, met her fiancé Ray while he was behind bars after being convicted of possessing narcotics with the intention to sell, as revealed in a first-look YouTube video. She comes from an upscale family, and has developed high-end tastes. “I think my friends would describe me as kinda extra, boujee, fancy,” Britney told the cameras. “I probably picked up the trait of wanting everything nice from the cars to where I live … that comes from my mom,” she said.

To keep her family from meddling, Britney had deliberately kept her relationship with Ray a secret, but was forced to come clean once he was released. Get all the details about their relationship below.

How Britney learned Ray was locked up 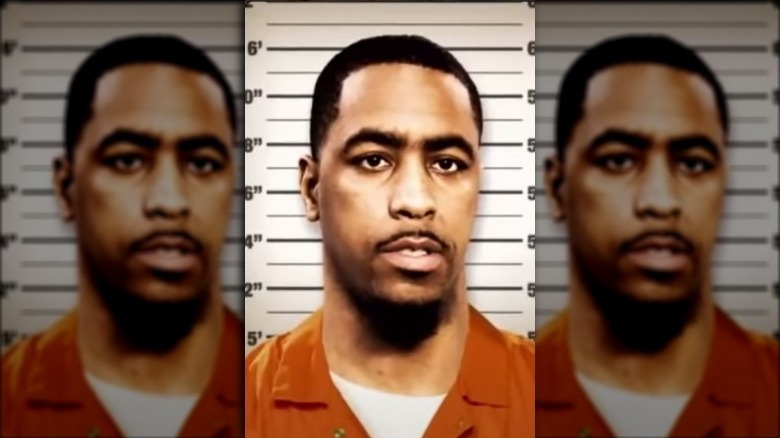 “I met Ray on social media because we have one mutual friend,” Britney told producers on the Season 4 first look of “Love After Lockup.” Ray dropped a message in her DMs, and the duo hit it off online, but Britney was blindsided when she found out her beau was behind bars.  At first, Ray was coy about his situation. “He said, ‘It’s going good, I’m a little locked down right now,'” Britney said about their initial conversation. It was not until the two had a video chat that Britney realized Ray was in prison.

The couple dated for nine months while Ray finished out his nearly four-year sentence. Britney is eager to tie the knot, and said on the show, “I wanna get married as soon as possible, once he gets out.” At 33, Britney wants to get started on having kids, but her family disapproved of her partner. “I just don’t wanna meet him,” her mother said in a short teaser for Season 4.

Britney revealed that she was previously in an abusive relationship. “I called the police, pressed charges, and he went to jail,” she said in a confessional on the show. Britney’s mother has often referred to that as a traumatic event for the whole family. “If I don’t bring a lawyer or somebody home, my mom’s gonna yell she’s traumatized still,” Britney told friends.

If you or someone you know is dealing with domestic abuse, you can call the National Domestic Violence Hotline at 1−800−799−7233. You can also find more information, resources, and support at their website.