Lucille, as The Walking Dead fans will know all too well, was the bard-wired, skull-crushing baseball bat wielded by Negan (played by Jeffrey Dean Morgan) for the first few seasons after his introduction to the AMC series. However, sadly for the former Saviour leader, he no longer has the weapon by his side as he continues his redemption arc from murderous enemy to trusty companion to Daryl Dixon (Norman Reedus) and co.

Nevertheless, Morgan recently revealed there was one key scene involving Negan and Lucille from the TWD comics which seems to have been scrapped from the AMC series’ plans.

After all, Lucille has had her fair share of pivotal moments throughout the TV adaptation so far.

Lucille was the bat wielded by Negan as he callously and grotesquely beat and killed Abraham (Michael Cudlitz) and Glenn (Steven Yeun) in front of their comrades.

Negan was also saved by Lucille when the bat inadvertantly blocked a bullet shot by Rosita (Christian Serratos) in season seven. 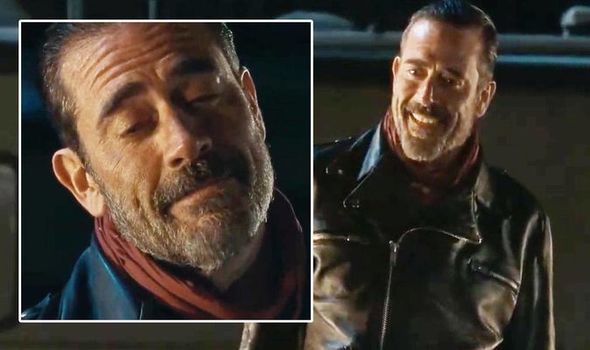 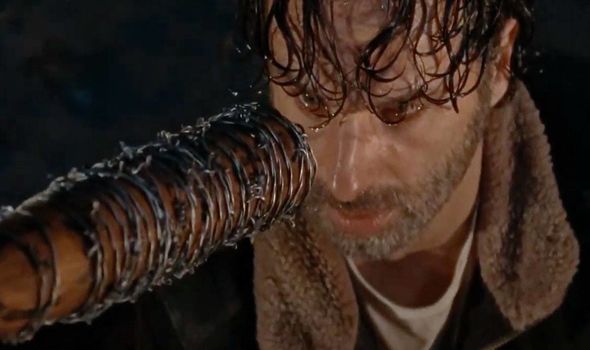 So what moment in the comics did Morgan miss out on? Well it happens to Lucille’s ‘death’.

In the comic books, Lucille stayed by Negan’s side a lot longer than it did in the series.

In fact, Negan was still wielding Lucille by the time the Whisperers rolled around in the graphic texts.

Negan uses Lucille to beat and bludgeon Beta (Ryan Hurst) but the bat breaks due to the force. 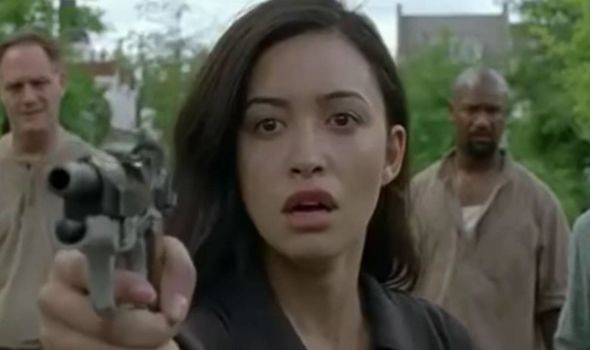 Negan ends up holding a heartfelt and emotional funeral for the bat, which effectively is the long-awaited goodbye to his late wife whom he named the bat after.

And it’s this moment of farewell Morgan wanted to play out on-screen.

Speaking on the TWD panel at Comic-Con: At Home 2020, Morgan said: “In the comic book when he loses Lucille, I missed that scene.

“We never got to do that scene. And I always loved it.”

He added: “That kind of emotional…cause Lucille represents so much to him beyond a baseball bat wrapped in barbed wire.

“And I always loved that,” Morgan said.

However, he hinted that, despite his desire to bring the scene to life, it looks highly unlikely in the AMC series.

He concluded: “But we’ve moved so kind of far away from that at this point.”

There could still be a tense face-off between Negan and Beta when the delayed season 10 finale rolls around in October, however.

After all, Negan is the man responsible for killing and decaptiating Beta’s leader Alpha (Samantha Morton).

And with Beta and his vast army of the dead and Whisperers closing in, could Negan be in his sights?

The Walking Dead season 10 concludes on AMC on October 4.