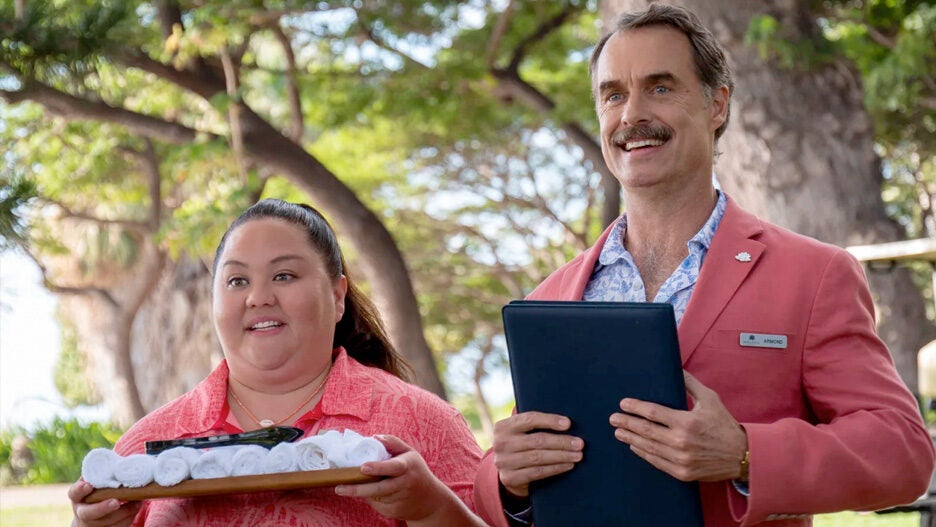 One of the many things “Superstore” gave us is proof that frontline workers make endlessly compelling, yet woefully disregarded, characters to explore on screen — particularly during a pandemic. So, it’s nice to see another show try to pick up the baton left behind by the dearly departed NBC sitcom and highlight the lives of hospitality workers at a beautiful Hawaiian resort where the rich and unbothered go to escape real-world problems and those, much like the resort staff, who are most impacted by them.

But creator Mike White’s satirical drama, “The White Lotus,” widens that narrative to include stories of said privileged people, guests at the self-titled resort, to presumably provide a more panoramic look at one week in paradise for some characters and one week on the grind for others. It’s a lost opportunity, because by making the series less pointed, every character — even the obligatory WASPs on a getaway — gets a point of view, which will likely lead to much eye-rolling.

It also creates a jam-packed narrative that breaks its neck trying to service each character and myriad storylines inside six episodes that hover around an hour each. There’s the ever-accommodating yet totally-on-edge hotel manager, Armond (a pitch-perfect Murray Bartlett), who is barely holding on to five years of sobriety, his handsome young associate (Lukas Cage) and the jittery trainee (Jolene Purdy) who has far too few scenes. In fact, by the end of the season, when the ugliness of the white and entitled gushes to the surface of the storyline, you’ll wonder how this woman of Asian descent on an island with a historically large population of Asian people would react to these visitors.

Rounding out the hotel staff is a character who ascends as the emotional anchor of the series. Belinda (the always reliable Natasha Rothwell) is the spa manager with a magic touch to alleviate the aches and woes of all the guests but can’t mature her own nest egg no matter how hard she tries. And it’s absolutely wrenching to witness.

The backbone of The White Lotus is the people who have to be here day in and day out, grappling with issues inconceivable to the remaining characters. But that’s evidently part of “The White Lotus” charm; its heavier themes are light as a feather because even the audience isn’t supposed to spend too much time thinking about them. It’s Hawaii! We’re all on vacation!

The crux of the series turns out to hinge on some of those blissfully out-of-touch guests who bring their pettiness along with their designer luggage to the resort. Meet the Mossbacher family. Amid a health scare, patriarch Mark (Steve Zahn) feels compelled to open up to his son, Quinn (Fred Hechinger), about the most embarrassing details of his marriage. Matriarch Nicole (the great Connie Britton) is the girl boss who doesn’t care for the moniker because, while she proudly touts her accomplishments, she thinks the idea of feminism only diminishes them. That’s much to the chagrin of her daughter, Olivia (Sydney Sweeney), a self-proclaimed liberal progressive who constantly calls out her mom’s tone-deafness yet can’t see her own. And when she’s challenged on it by Paula (Brittany O’Grady), Olivia’s plus one on her family’s vacation and presumably her only friend of color, she unsurprisingly bursts into tears.

But wait, why is Paula even friends with Olivia? This remains unanswered. And, more frustratingly, White and the rest of the writers don’t seem too interested in exploring it. But the show’s consistent Out-of-Office vibe doesn’t allow much room to probe weightier questions like this anyway. Instead, we breezily glide to the pompous jerk, Shane (Jack Lacy), and his soon-to-be enlightened new bride, Rachel (Alexandra Daddario). When Shane is not busy being a thorn in Armond’s eyeball over an ever-so-slightly higher-end suite he thinks he’s entitled to, he’s belittling his “fluff” journalist wife about how she doesn’t need to work anymore now that she’s married into money. 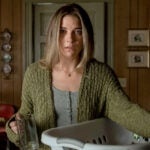 Then we have Tanya (the wonderfully quirky Jennifer Coolidge), whose mom’s death sends her flailing until she meets spa marvel Belinda. It’s a great cast, marvelous even. White & Co. keep the storylines moving fast and they’re entertaining to watch, despite how thinly the characters are drawn. At times, the one-dimensionality seems to be intentional, perhaps the very point White is making. Like, ha-ha aren’t these people — not the workers, but the guests — ridiculous with their heads totally up their butts?

Still, it’s hard not to consider the missed opportunities. Aside from a subplot involving cultural reparations that doesn’t entirely land, it would have been nice to see a bit more exposition about what point “The White Lotus” is ultimately trying to make. Is it really poking fun at its wealthy characters or are they cautionary tales about privilege and whiteness? The show seems to merely present its characters without having them reckon with their thoughts and behavior. None of them really learns anything. And maybe that’s the point, albeit a cynical one.

Or it could be that this is all too much to put on one series that seems to have chosen the “show, not tell” approach to engage its class-based themes. Either way, it’s puzzling. Fun, splashy, consistently intriguing, to be sure, but “The White Lotus” emerges as empty summer fare.