These are the most expensive streets in Britain 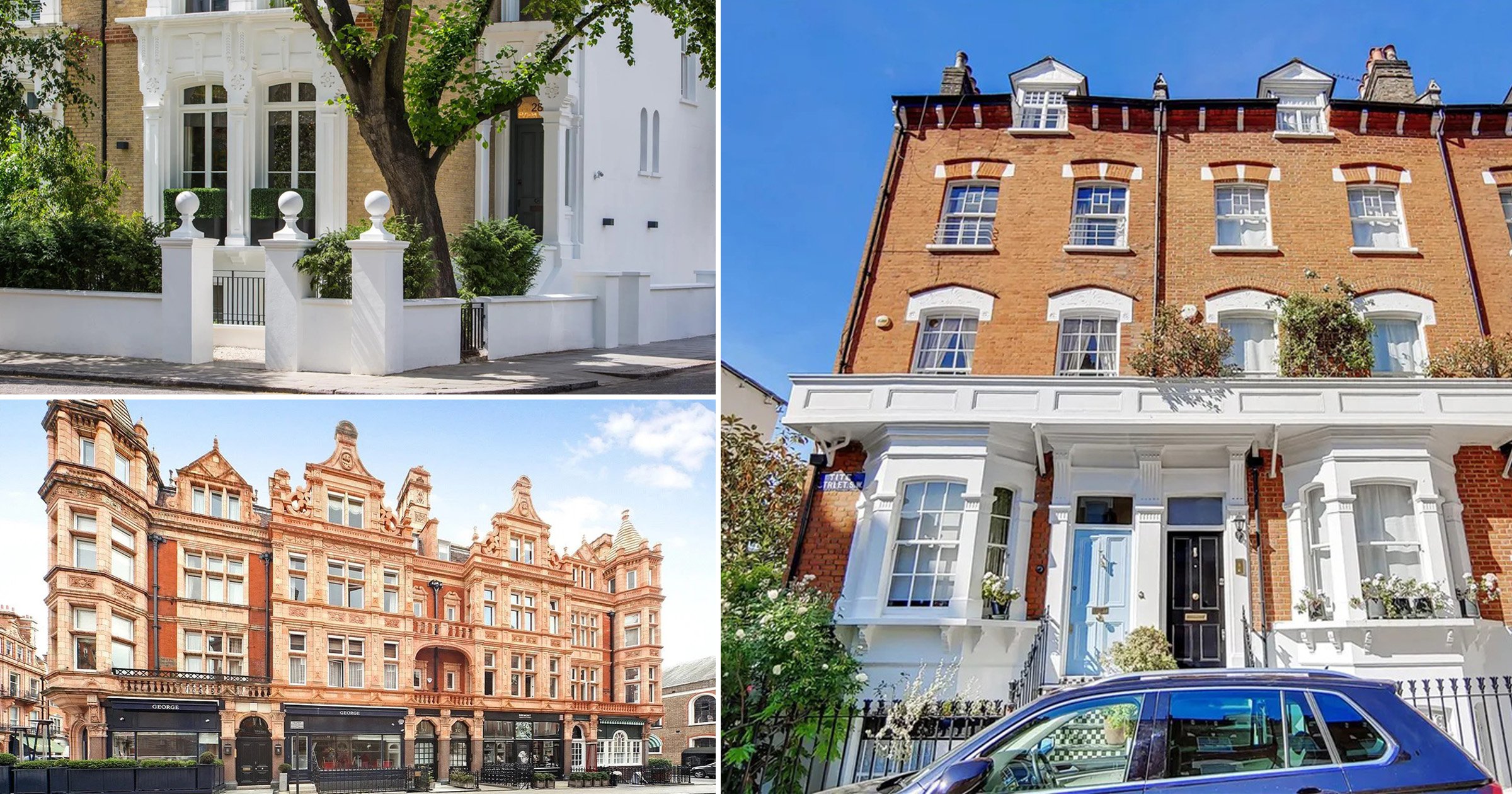 The pandemic was said to drive an exodus of house buyers from the capital, with people searching for bigger homes and gardens, as many of the population saw their priorities change.

Despite this, the cost of a London home has still grown by almost £25,000 since the Covid-19 outbreak began.

So, it’s hardly surprising that the top 10 most expensive streets in Britain are still in the capital city, with Chelsea, Kensington and the City of Westminster leading the way.

Combined, the top 10 ‘Millionaire’s Rows’ have an average price tag of more than £19million.

Coming in first place is Tite Street, in the London borough of Chelsea and Kensington.

Here, the average value of a home is just shy of £30million – 105 times more than the average house price in the country.

Between the banks of the River Thames and Chelsea’s Kings Road, the exclusive street has knocked Avenue Road in St John’s Wood off the top spot.

The second most expensive street in the country was found to be Phillimore Gardens, W8. Running between between High Street Kensington and Holland Park, an average home here will set you back £25.2 million.

However, with lockdown fuelling the search for more space, the most expensive streets outside of London have actually seen prices rise at a faster rate than the capital.

The two best performing regions were the North and the West Midlands, where average house prices on one of their most expensive streets had increased 11% in a year.

Meanwhile, in the North West, the priciest streets have increased by 5% on average, followed by the East Midlands at 4%.

The two most exclusive streets in the North were in Windermere: Old Hall Road, with an average price tag of £2,508,000, and Newby Bridge Road, where an average home will set you back £1,488,000.

The majority of the North’s other top streets were in Newcastle upon Tyne.

Top of the West Midland’s list was Carpenter Road in Birmingham, with an average price of £3,088,000.

In the East Midlands, Benscliffe Road in Leicester took the top spot, at £3,288,000 on average.

The South East also has its fair share of expensive properties.Not far behind the top 10 places, coming in 11th and 12th of the whole country, are South Ridge and East Road in Surrey’s Weybridge – with average values at £7,125,000 and £6,862,000 respectively.

The remaining streets in the top 20 were all found in the Home Counties, with Surrey, Berkshire, Buckinghamshire and Oxford streets all making the cut.

The 10 most expensive streets of 2021 – average prices