Disney+ might have had some hiccups on launch day, however it’s content is what everyone’s already raving about. And even though there aren’t any Marvel original series up there yet, they start in 2020 with The Falcon and The Winer Soldier. And then Spring 2021 is a big moment for Marvel fans because WandaVision and Loki are set to premiere around that time as well.

Not much is known about any of these series, which is usual for MCU-related things. But there are some rumors and they a different picture than what you might expect for a Marvel TV show. 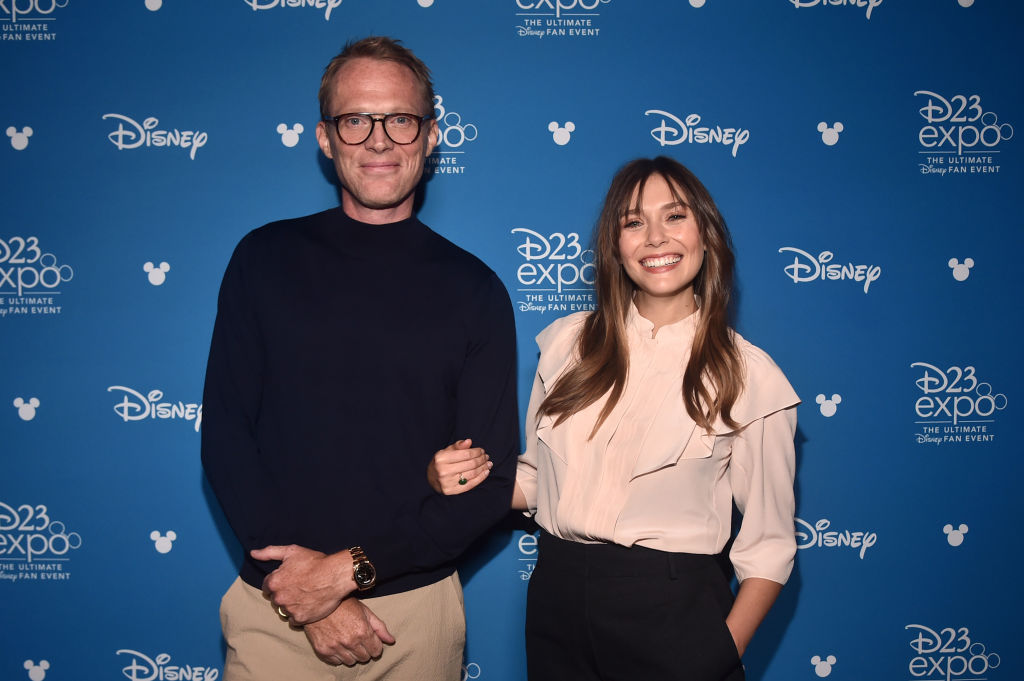 As reported by DisInsider, the website Murphy’s Multiverse cited some new sources that gave a lot of info about the new show. Now, these are all rumors, taken with a tiny grain of salt, but they align with what director Matt Shakman has said before, so it’s worth noting.

It’s been said already, but WandaVision is going to have a sitcom feel, which you would expect from the serious lovers Wanda Maximoff and Vision. And the site now said parts of WandaVision might even film in front of a live audience for that real-life laugher effect. NDA’s and the wrath of Thor will be instilled in the audience, so don’t expect any leaks from this, unless Tom Holland’s in the audience.

At the D23 Expo this summer, Shakman told Extra Butter about the sitcom vibes. “We can’t say much. It’s all pretty much on lockdown at this moment, but all we can say really is it’s a blend of classic sitcom and huge, epic Marvel action.” So maybe if I Love Lucy took place during Captain America: Civil War.

Wanda will come into her “Scarlet Witch’ persona

You will know who she is. Marvel Studios' Avengers: Endgame is on Digital and Blu-ray NOW! http://bit.ly/AvEndgame

Elizabeth Olsen also shared with BuzzFeed News in October that fans will finally get to fully meet Scarlet Witch. “They probably know Scarlet Witch from the comics and all of her powers and strengths and fears,” she said. “I really feel like WandaVision does a beautiful job for our fans to really get to see how Wanda becomes the Scarlet Witch.”

She’s already Scarlet Witch, of course, but as Olsen pointed out, she’s never used that mantle on screen. “We’ve never referred to her as ‘the Scarlet Witch’ on camera before. She’s always just been Wanda,” she said. “And this is that opportunity, and it’s a big character deep dive. It’s going to be really exciting and, I think, satisfying show for fans.”

The series will explore Wanda and Vision’s relationship

According to ComicBook.com, Wanda and Vision’s relationship will be on full display. “[Vision]’s not human but he’s more human than anyone, maybe,” Shakman told Variety. “He always has the best, most wise things to say. He completely sees the world for what it is. She’s gone through so much trauma.” Shakman said. “I think we’ve all been quite taken by that union. It’s the exploration of that bizarre, strange, completely right kind of love and it’s about watching them explore their relationship and growing it.”

This falls in line with what Murphy’s Multiverse reported as well. Their source said that the couple will start the “perfect ‘50s nuclear family.” It all sounds like a variety of odd genres coming together, but since it’s Marvel it’ll most likely work out.