This weekend is the last chance to see 'Britain's Best Garden' 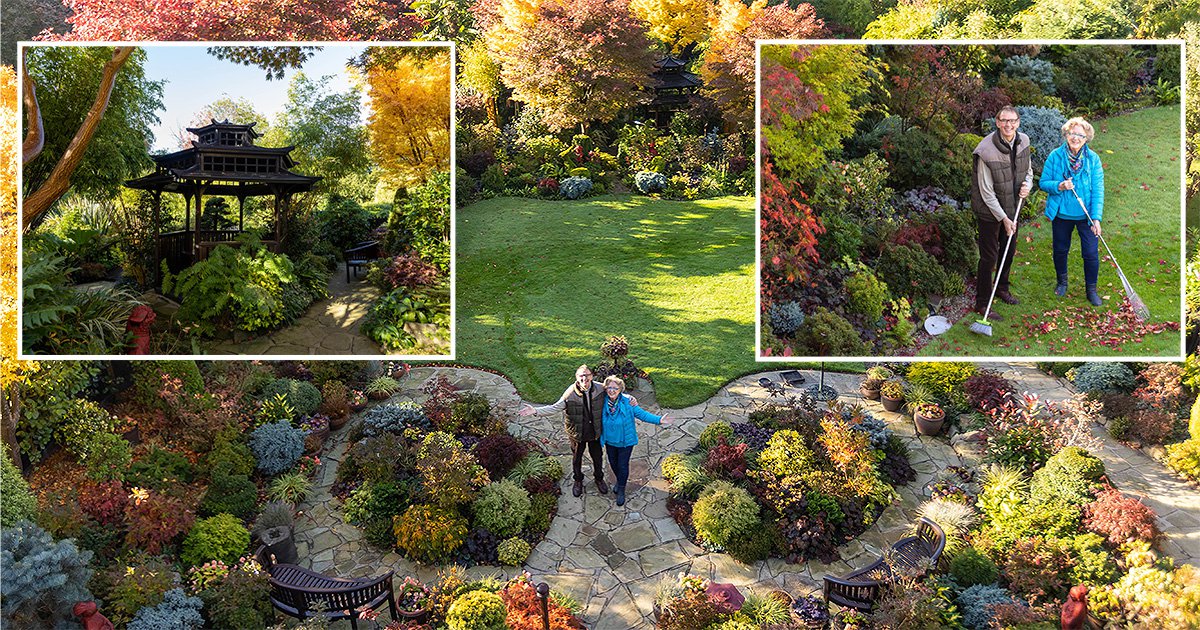 But this weekend will be the last opportunity for the general public to get a glimpse of one of Britain’s most celebrated back gardens, located in the West Midlands.

Tony Newton and wife Marie are behind the spectacular offering, and have spent the past 40 years crafting their ‘Four Seasons’ quarter-of-an-acre plot in the Black Country.

There’s every reason to go and visit too, as it boasts more than 3,000 plants and flowers – including 450 azaleas, 120 Japanese maples and 15 blue star junipers.

However, after attracting more than 15,000 visitors from 41 countries during 100 public open days, Tony and Marie have decided to throw open their garden gates for one last time.

They have also raised more than £52,000 for charity by opening up their garden to thousands of people over the last 22 years.

Despite a three-year delay since the last opening, due to Covid, the pair will welcome visitors this weekend, Saturday October 22 and Sunday October 23, for one final time – with tickets costing £5 per adult.

The garden is such a spectacle it was even crowned the winner of Alan Titchmarsh’s Britain’s Best Garden and Gardeners of the Year.

It’s divided into three parts: the upper is more open and formal, while the middle is brimming with palm trees and bamboos, and the lower has a stream and a woodland-type feel.

Marie, a 74-year-old grandma-of-five, said: ‘This year is also special because it marks the 40th anniversary of us living at this property after moving in in 1982.

‘We have been opening the garden up to the public since 2000, but this weekend will be our last garden opening.

‘We’ve got family commitments and we want to do some travelling and visit our family who live abroad.

‘We have always been delighted to share our garden with everybody and we carry on gardening as passionately as ever. But we have five grandchildren now and our children are in different parts of the world, and we want to visit them.’