Forget the plot — it’s a gloriously polyqueer, brain-eating, big-budget serial-killer movie, and it crams a lot into 90 minutes 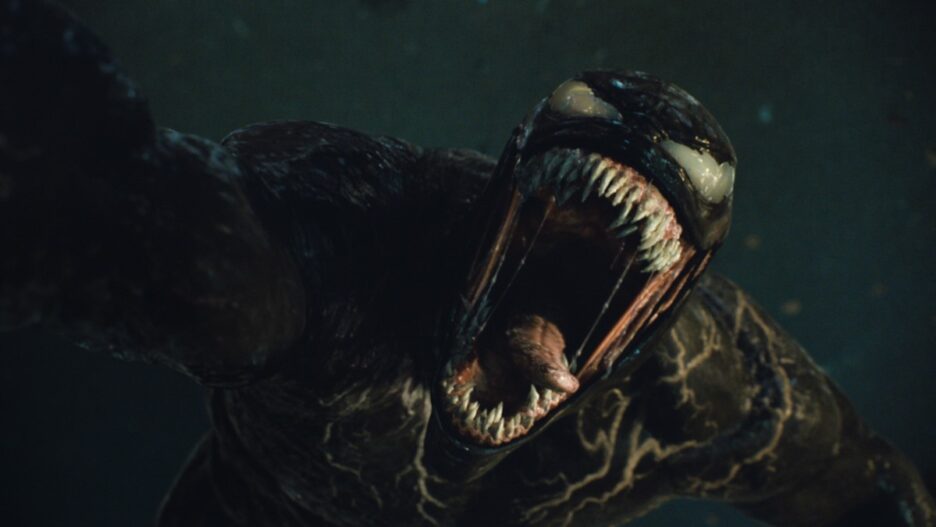 Sometimes it’s good to take a step back and think about how utterly weird comic books can be. Thirty-seven years ago, Spider-Man used the wrong instant-superhero costume machine on The Beyonder’s Battleworld (don’t ask, we’d be here all day) and now that costume is the star of its own gloriously polyqueer, brain-eating, big-budget serial-killer movie called “Venom: Let There Be Carnage.”

Comic books do indeed work in mysterious ways, but in the case of “Let There Be Carnage,” it’s worked out for the best. The sequel to 2018’s “Venom” is a lean, mean, character-driven superhero story about a brain-eating extraterrestrial symbiote trying to preserve its individuality in the middle of a rocky domestic partnership with a struggling reporter named Eddie Brock (Tom Hardy).

Eddie has come to terms with their unusual arrangement. He’s more-or-less resigned to Venom destroying their apartment and sharing his space with two chickens that Venom was supposed to eat for dinner — but then Venom named them Sonny and Cher so now they’re part of the dysfunctional family. Plus, they’re both in love with Eddie’s ex-girlfriend Anne (Michelle Williams), who’s totally into it except she’s engaged to a guy named Dan (Reid Scott, “Veep”), a milquetoast doctor who prompts Venom to yell, frequently, “NOBODY LIKES YOU!”

Tom Hardy supplies the voice of Venom, and his extreme 1990s-soda-commercial-announcer delivery never stops being funny. Venom shouts everything he says with a cheerful passion, no matter what the context, and he supplies a goofy running commentary to nearly every single one of the film’s boring scenes about people who aren’t Venom. It’s kind of like if “Macho Man” Randy Savage was a guest host on “Mystery Science Theater 3000.” It should, by all rights, be abrasive and annoying, but Venom is such a wonderfully pure soul that it’s lovable instead.

By the time Eddie and Venom have had a falling out, and Venom is in the middle of a rave costume party, covered in rainbow glow sticks and giving public speeches about being “out of the Eddie closet” and the importance of finding a way to keep “living together on this ball of f—,” he has officially become an icon.

There’s a plot here, and since “Venom: Let There Be Carnage” is only 90 minutes long, it plows through that plot like a mack truck. Eddie is the only reporter that serial killer Cletus Kasady (Woody Harrelson, not quite in “Natural Born Killers” mode but close enough) will talk to. Before long, Eddie’s story has helped rush Kasady into the lethal injection chamber, but not before Kasady bites Eddie’s hand and ingests enough symbiote to give Venom an offspring named Carnage.

Unlike Eddie, Kasady is more than happy to let Carnage eat all the brains he wants. But in exchange, Kasady demands that Carnage free Kasady’s long-incarcerated childhood sweetheart Frances (Naomie Harris, cutting loose like no tomorrow). Frances is also a killer, but she also has supersonic screaming powers which — wouldn’t you know — are one of Carnage’s only weaknesses.

Both symbiotes in “Venom: Let There Be Carnage” are in the middle of non-conventional relationships, and in the end it all boils down not to which super-alien is more powerful, but which one is more deeply committed to their polyamorous romance. For a movie that’s literally half-screaming, half-murdering, and all schlock, it’s an incredibly tender modern love story with oodles of sympathy for everyone in the story. Even the monsters. And all the other monsters.

Andy Serkis turns out to have been a wise choice to direct “Let There Be Carnage.” With his motion-capture performances in the “Lord of the Rings” and “Planet of the Apes” movies, the actor-turned-filmmaker helped prove to the world that computer-generated imagery can be used to enhance old-fashioned acting, and vice-versa, to create a new hybrid version of both art forms. Serkis, working from an efficient and witty screenplay by Kelly Marcel (Hardy gets a co-story credit), keeps the plot to a minimum and the relationships at the foreground. 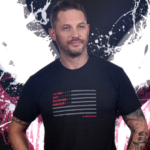 Which is just as it should be, because just like in the previous “Venom” movie, the plot isn’t the reason we’re here, and anyway, it doesn’t always hold up to scrutiny. Ignore for a moment that the opening scenes claim that Woody Harrelson would have been a teenager in the 1990s (whatever you say), the film kicks off with a young girl with super-screaming powers transported to a high-tech facility to contain her, only said facility lacks any actual containment procedures. So she just uses those scream powers they were afraid she’d use but did nothing to prevent. Good thinking there, sports.

On the other hand, putting a big ol’ logic cavity right there at the beginning of the movie tells the audience loudly and clearly to just not worry about stuff like the plot this time. “Venom: Let There Be Carnage” is a bold and brisk superhero story, unlike any other mainstream Hollywood film in the genre. It crams a heck of a lot of movie into an hour and a half, but it doesn’t feel like it needed to be longer. It just feels like we need more movies like it.

Let there be lots more carnage.

“Venom: Let There Be Carnage” opens in US theaters Oct. 1.