Victoria, 47, posed with Harper, 10, as she enjoyed a day in the water with her mum and dad, David Beckham. 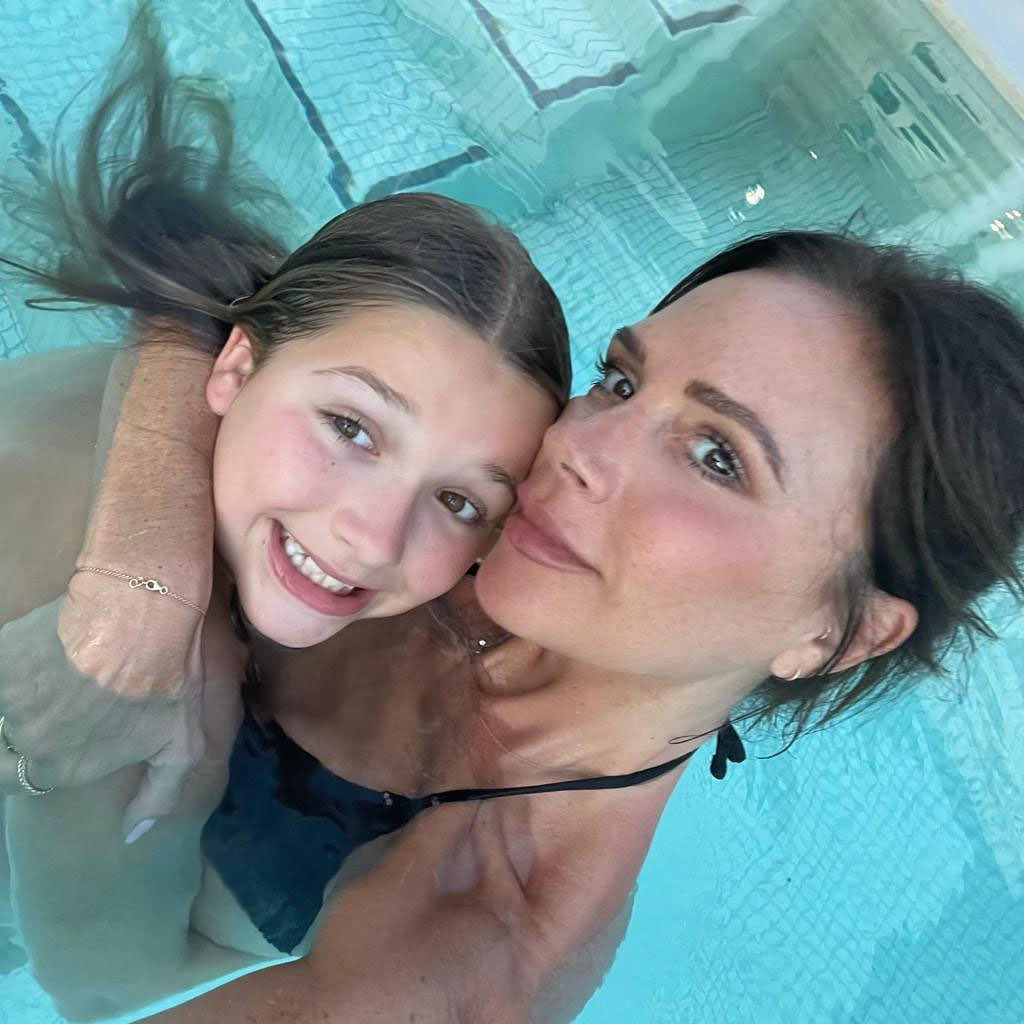 David and Victoria were soaking up the summer sun in Miami with their 10-year-old daughter at Tidal Cove Waterpark.

While Harper spent most of the time going on fun rides with her ex-footballer dad, she took some time to splash around with her mum as well.

Victoria posted some cute selfies of the girls in a pool as they cuddled together the following day.

In one photo, the pair are smiling sweetly towards the camera, while in the second pic they opted to pull funny faces in the selfie.

Posh Spice's fans pointed out how similar the mother and daughter duo looked.

"So cute! She is just like you!!" wrote one fan on Instgram.

And a third wrote: "So beautiful Harper and mummy 🤩 xx"

During their adventure to the waterpark, Harper went for a ride on the its famed attraction, the FlowRider Triple, surfing the harsh waves as her mother filmed her.

Victoria had the role of 'designated videographer.', occasionally getting splashed by the father-daughter team.

David and Harper rode down the high-speed 'Whizzard', making waves as Posh spice filmed them.

"Downside to being designated videographer…you get soaked!" she wrote.

Becks was seen sporting a white tank top and a black sports cap and his daughter was seen in an adorable bright pink bikini.

Earlier in the day, David was filmed hurtling down the 'Master blaster', the world's first uphill water slide.

Victoria captioned the video "@davidbeckham gets very excited at the waterpark. Can you hear him screaming?".

It was recently reported that the Spice Girls would be remaining as a four-piece with Victoria living 4,400 miles away in sunny Miami.

A source said: “The Spice Girls are exploring a whole manner of new projects but this one was really exciting to them — their very own Spice game.

“All four women came together on Tuesday at the studios to shoot pieces to camera for it.

“The hope is that it won’t be too long before they get to show it to the fans because it’s something they’ve had in the pipeline for a while.

“It is one of several things they are working on, including an animated film, and they hope it will help celebrate the Spice Girls’ legacy. 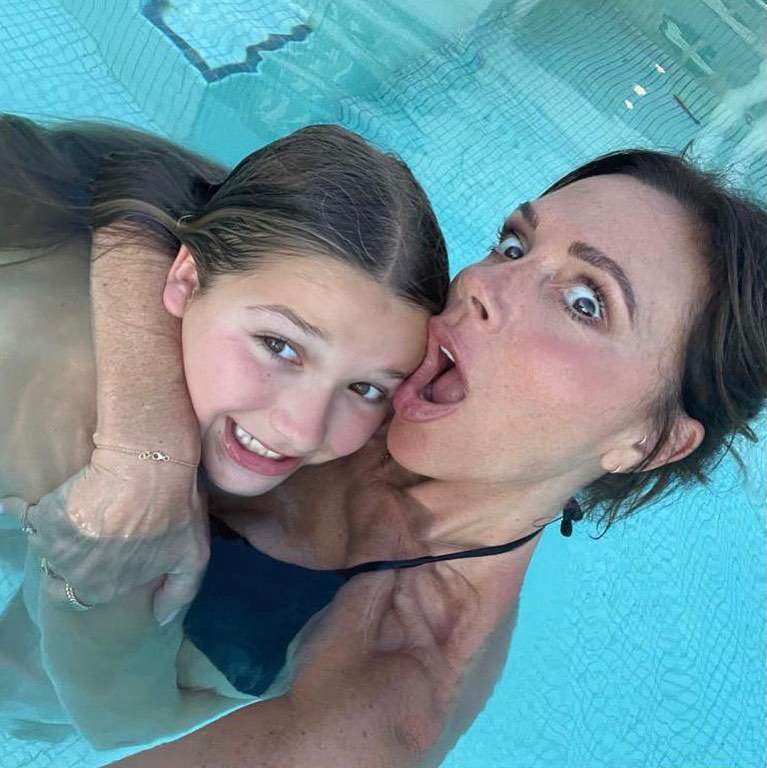 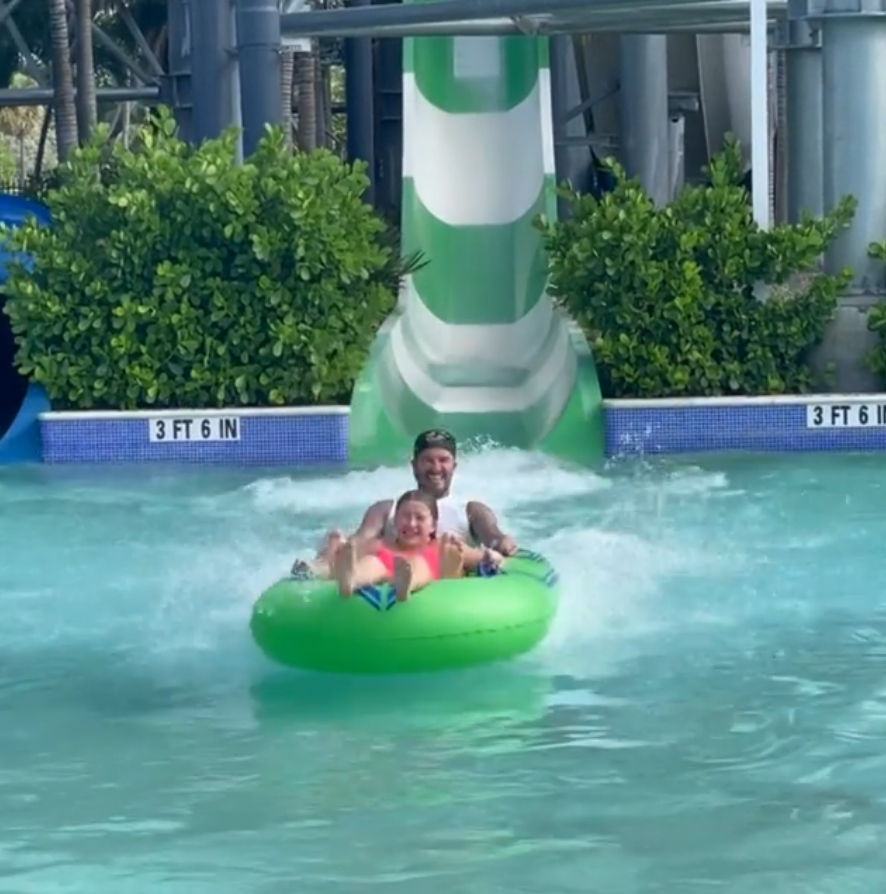 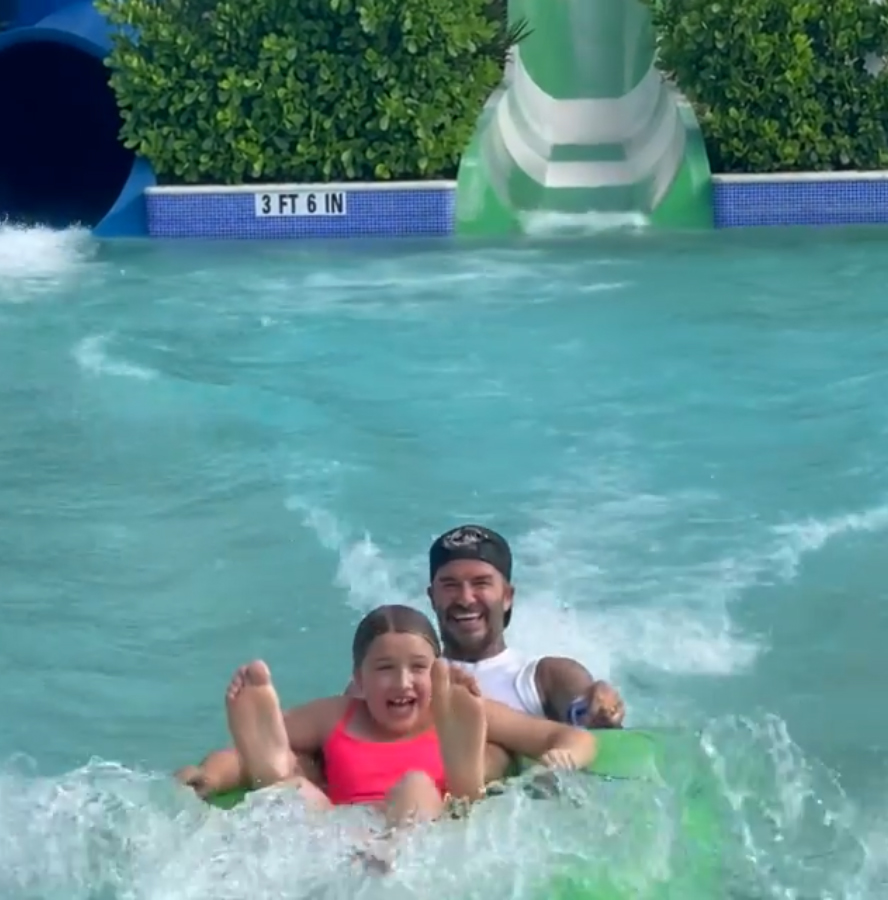