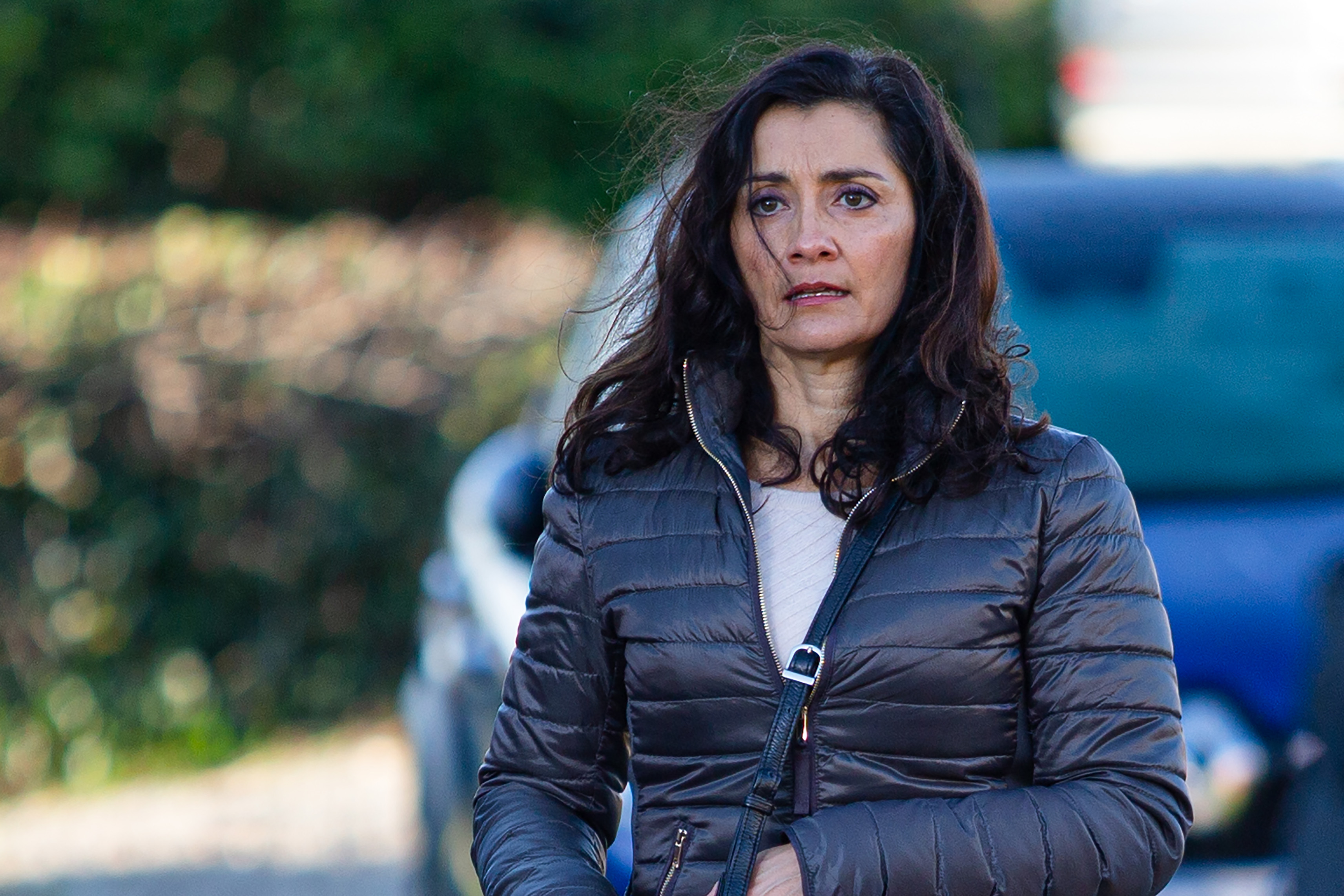 Manpreet Sharma (Rebecca Sarker) first appeared in Emmerdale in 2018. Since her arrival, viewers have watched her struggle with mountains of debt, and start a relationship with Rishi (Bhasker Patel).

Ahead of scenes tonight involving Manpreet, we’re here to bring you up to speed on Manpreet’s life in the village so far, as well as the truth about her past:

Manpreet’s debts began through a spending addiction. Jai (Chris Bisson) helped her out but Manpreet later stole the factory accounts and later came clean to Rishi.

Rishi and Manpreet got married in 2019, and despite some bumps in the road and the arrival of Manpreet’s sister Meena (Paige Sandhu) the couple have remained together.

It’s been revealed that newcomer Charles Anderson (Kevin Mathurin) will play a huge role in Manpreet’s upcoming storyline, as tonight he is set to confront her about the fact that he thought she was dead.

Charles and Manpreet catch a glimpse of each other and are both clearly thrown by the encounter.

Manpreet turns up at the Church and speaks to Charles, who addresses her as Saira and tells her he thought she had died.

Manpreet’s secrets come back to haunt her tonight, will there be more to discover about her past?