Why The Hosts Of Mythbusters Arent Friends In Real Life

When co-stars have worked together for so long, they often claim that they’ve become part of each other’s families. It’s evident in the long-lasting friendships formed among the cast of “Friends,” 2005’s “Sisterhood of the Traveling Pants,” and even reality shows like “Jersey Shore,” which saw Snooki and JWoww become “like a real family.”

Naturally, there are also times when co-stars don’t get along behind the scenes, which may make you wonder how they even manage to fake closeness on-screen. A prime example is Sarah Jessica Parker and Kim Cattrall’s feud. In an interview on “Piers Morgan’s Life Stories,” Cattrall divulged that she had never been close with the rest of the “Sex and the City” cast. “We’ve never been friends,” she revealed. “We’ve been colleagues and in some ways it’s a very healthy place to be because then you have a clear line between your professional life and relationship and your personal.”

Cattrall’s statement mirrors the relationship of “Mythbusters” co-hosts Adam Savage and Jamie Hyneman. Even after working together on the show for a whopping 14 seasons, the two never considered each other as friends. Scroll on to find out more about why the hosts of “Mythbusters” aren’t friends in real life.

Adam Savage and Jamie Hyneman only maintained a professional relationship 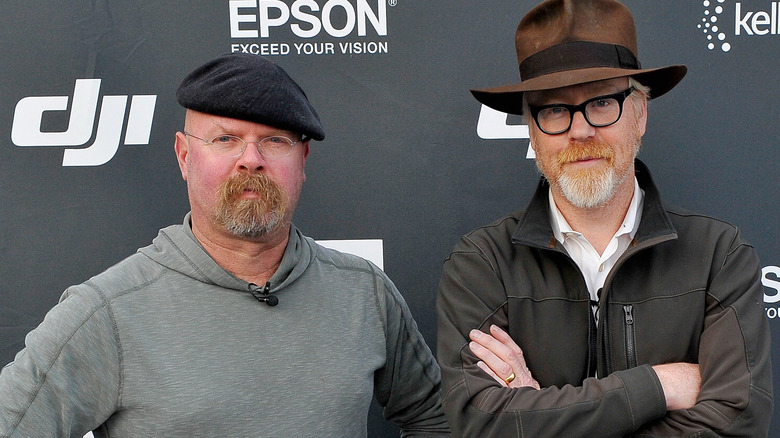 Adam Savage and Jamie Hyneman aren’t exactly buddies. One might think that working together closely on a widely-watched show for more than a decade would lead to a tight bond, but what happened between them is the complete opposite.

“[Our relationship has] radically changed, but it’s also stayed the same. Jamie and I make no bones about the fact that we’re not friends,” Savage told Business Insider in 2016. “We don’t get along very well together on a personal level. In 25 years we’ve known each other, we’ve never had dinner alone together. We do not choose to hang out if we don’t have to be in proximity, and yet, there’s a couple of things that happened, and they’re pretty remarkable.”

But even if this is the case, the co-hosts made it work because they respected each other’s jobs. “We challenge each other, we push each other to do better, we pick each other’s ideas apart,” Savage added. “There’s a real integrity to that process, as annoying as it might be on the temporal level.” While they may not be each other’s favorite person, it’s fortunate that they could play nicely for the sake of the show. 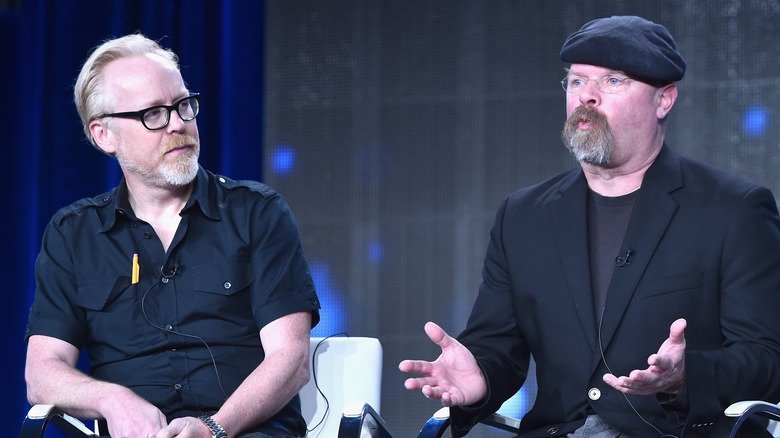 After 14 seasons and 248 episodes, “Mythbusters” came to an end in 2016, per Entertainment Weekly. And apparently, so has Adam Savage and Jamie Hyneman’s on-screen relationship. While they definitely didn’t mind working with each other, Hyneman is no longer interested in starring on a show with Savage, or starring on anything, for that matter.

“I think it’s probably safe to say that continuing our on-screen relationship in front of the camera is probably not happening,” he told Entertainment Weekly in 2015. “I expect Adam may well pursue things in front of the camera, but I’m most likely not. It’s not who I am. This has been a very rewarding and interesting decade, but its not really what I’m cut out for.”

Fans enjoyed all 14 seasons of the goosebump-inducing experiments that Savage and Hyneman performed on TV. And even after all that myth-busting action, they managed to debunk the greatest myth of them all: that you can’t work with people you don’t see eye to eye with.