The NCIS season 16 finally gloriously reintroduced Ziva David. She appeared at the top of Gibbs’ staircase to deliver news that would place them on the run. Back again to save Gibbs’ life, Cote de Pablo reinhabited the former Mossad Officer turned Agent with a sense of ease. She climbed into the character’s familiar skin but came with a few new qualities and tendencies, reflective of years spent walking with one eye staring back over her shoulder. 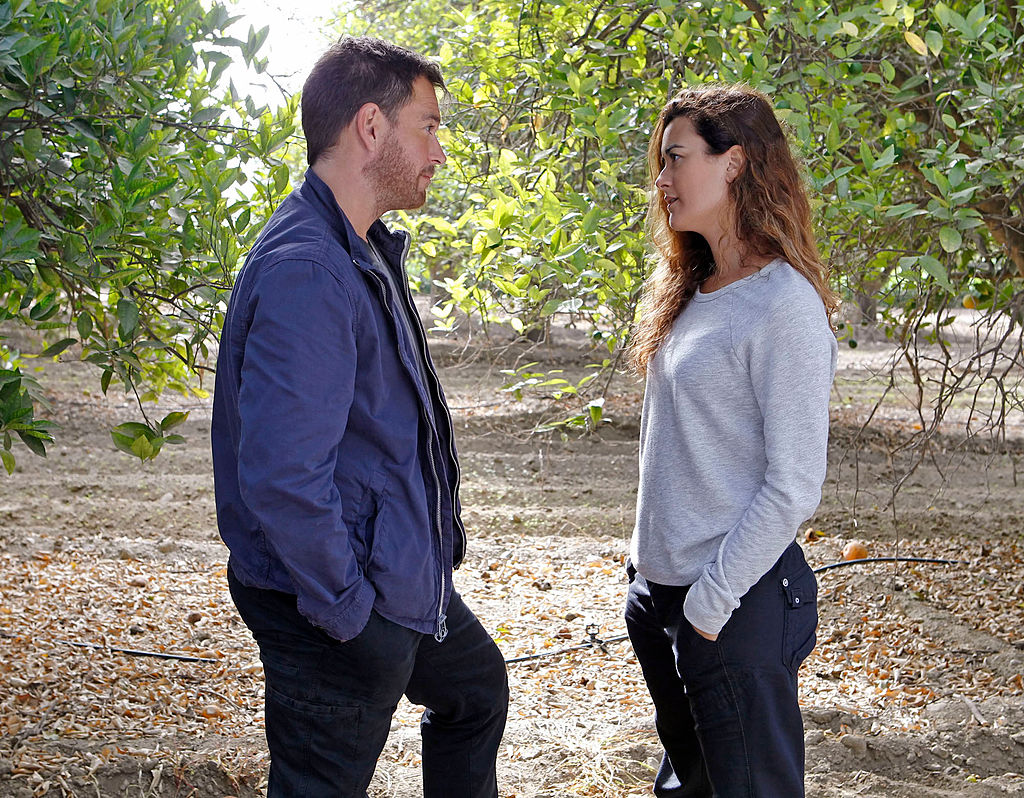 Season 17 placed Ziva, Gibbs, and the rest of the team on a journey destined to lead to the ultimate reunion. Fans hoped and prayed that Ziva, DiNozzo, and Tali would appear on-screen together, reunited as a happy family (hoping to make up for all the time lost). Yet, such an ending never came to fruition. However, the show did hint that Tony would welcome his former love back into his life.

In season 17, Ziva received a video of her daughter, Tali, in which she told Ziva that she loved her and “we miss you.” In other words, the show implied that Ziva could (and should) return to her family when ready. Despite her concerns that she wouldn’t know how to return to life as a partner and a mother (after all those years in hiding), she came to accept is as her next move. Based on what happened in season 17, the show may provide Ziva and Tony with a narrative arc in the upcoming season — without ever featuring the two on-screen.

How Tony, Ziva, and Tali may feature in ‘NCIS’ season 18 without appearing on-screen

There’s one major problem with bringing Michael Weatherly back to NCIS: he’s leading another hit primetime procedural, Bull. At best, Michael Weatherly would be able to make a brief cameo appearance, but, if such was possible, why didn’t he appear at the end of season 17?

Why wait it out, especially if Ziva’s return arc is complete? The bad guy is gone, and aside from further character development and a reestablishing of pivotal interrelationships, what would Tony and Ziva bring to NCIS? What would they offer the show as agents — as individuals with a purpose to the show’s crime-fighting center? While fans watch NCIS for the characters, the writers always ensure that their personalities and dynamics come forward via narrative significance.

RELATED: Tony DiNozzo of ‘NCIS’ Would Have Been Different If Michael Weatherly’s Initial Character Plans Came to Fruition: Here’s How

Unfortunately, the end of season 17 hints at one fallout of events: the other agents discuss Tony and Ziva when necessary. More phone calls and text messages will likely allude to their predicament, their marital and family struggles, yet also their joy to be reunited. Such factors scream sub-plot, not primary season arc (which would be a better reason for a prolonged on-screen reunion).

Based on the fallout of season 17, and the initial plans surrounding Cote de Pablo’s return, season 18 seems likely to spell out Tony, Ziva, and Tali’s story without ever featuring them on the screen. Without some lingering threat or disaster plot, a reunion would be purely in the service of fan-satisfaction, and the writers would need to pull at straws to provide more value to their presence beyond that.

At best, maybe fans will see them sitting down for dinner from afar when the mid-season, Christmas finale airs. Yet, a full-on reunion with multiple-episode appearances seems largely out of the question. Unless Michael Weatherly can find time to film, and Cote de Pablo wishes to return again (despite her journey, at last, feeling finished), fans may hear about this family via the primary NCIS family.