Gary Lineker, 61, made the claim on a recent episode of the High-Performance podcast before saying he overcame it due to his “mental strength”. Daubney blasted the former England player’s claims and branded him “one of the greatest wallies on the planet” before calling for him to “put one of his football socks in his gob” in a scathing GB News debate on Tuesday.

Daubney appeared on the latest instalment of GB News to discuss the football pundit’s comments with hosts Eamonn Holmes and Isabel Webster.

Holmes told viewers: “Gary said he was subjected to racist abuse during his footballing career – racist abuse – because he said he had darkish skin.

“It meant he was targeted in his own words for being as, ‘English as they come.'”

Daubney replied: “I thought Lineker was one of the greatest English footballers of all time, now I think he is one of the biggest wallies on the planet. 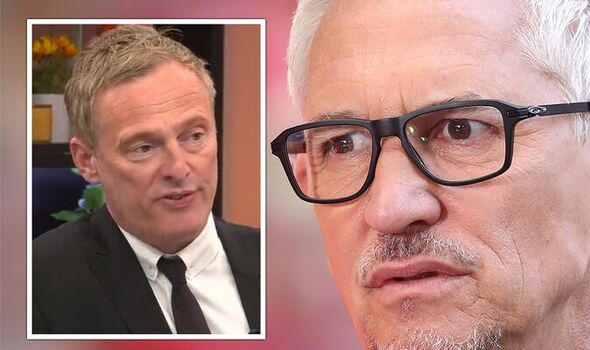 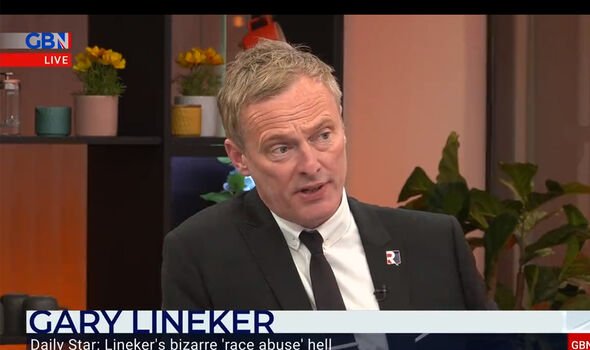 “He’s certainly one of the biggest wallies and plonkers on social media.”

He fumed: “Now Lineker is a man who has taken on every form of victimhood possible even when it is clearly ludicrous.”

“He did this via the Brexit referendum and climate change,” the politician added. “He lectures us on refugees and immigration.”

He later added: “I wish he would just put one of his football socks in his gob.” 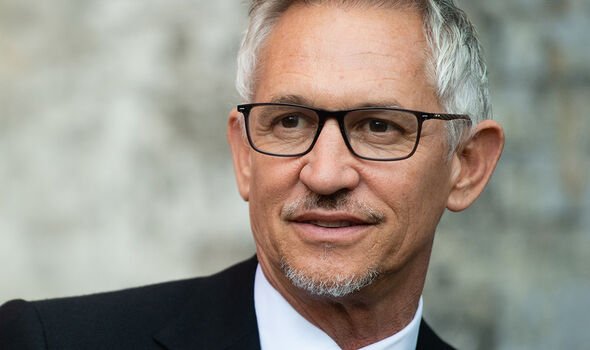 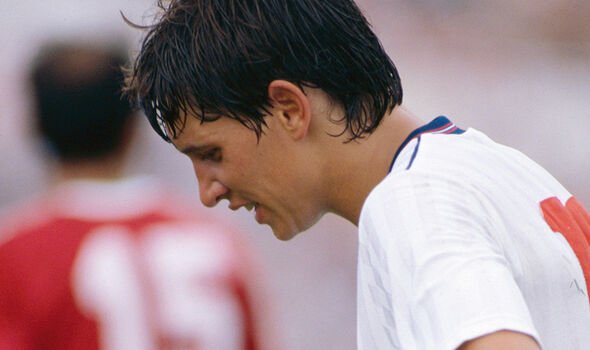 During the podcast interview where Lineker made the claims, he said: “Without being good at sport, life would have been very different for me.

“I think I would have been bullied at school – I was a tiny, geeky kid with darkish skin.

“I had pretty much racist abuse, although I’m as English as they come, all the time.

“Even in professional football, I had that a couple of times. I wouldn’t name names, but I got that kind of nonsense, which was a bit weird.”

He also said he never got nervous before a match, adding: “My greatest strength was not my right foot, it was my mental strength. I always had that. It never really got to me.”

Lineker, who began his football career in 1978, said he would often hear people talking about their nerves but admitted he “didn’t know what that felt like”.

“I think the superstitions substituted for nerves,” he explained. “If I was on a bad run I’d do silly things.

“Like, if I’d go two or three games without a goal – I’d get a haircut.

“It’s amazing how many times it worked. It probably kicks the negative stuff out your head.”

Following his successful footballing career as England’s fourth-highest goal scorer, Lineker went on to present Match of the Day in the 1990s.

Lineker was the BBC’s highest-paid employee between 2016 and 2020, where he reportedly received payments of £1.75million a year.

GB News is available to watch on Freeview, Virgin Media and Sky.