‘Wrong about the Euro!’ Piers Morgan cuts through no deal Project Fear with key point

The fierce debate took place on ITV’s Good Morning Britain on Wednesday after Lord Falconer claimed a no deal scenario must be avoided. But Mr Morgan whipped out a brilliant rebuttal, replying: “When the Euro debate was raging, I was editor of the Daily Mirror. I was assured by everybody now screaming about no deal being a disaster and we’ll blow up that if we didn’t enter the Euro it would be a disaster and we’d blow up.

“It turned out to be the complete opposite.

“In fact, all the experts were pretty well wrong about the Euro and Britain’s participation in it.

“It was the best thing we never did.

“Why should we believe experts about no deal given how wrong everyone was about the Euro?”

JUST IN: Brexit bombshell: How John Major was taken to court by Rees-Mogg 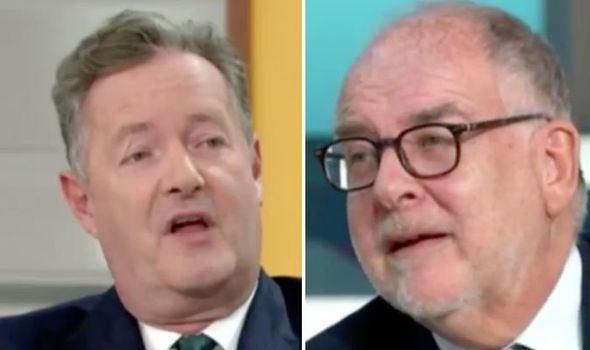 The Labour Lord answered: “If you impose tariffs on the things that we’re exporting to Europe, the almost inevitable consequence is going to be that trade’s going to go down.”

But the TV veteran insisted: “Until you do new deals.”

“But when are you going to do these new deals?”, the former Lord Chancellor snapped.

The ITV host burst: “Fast, and get on with it.” 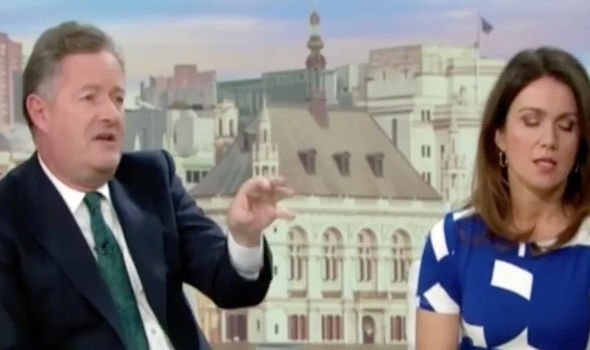 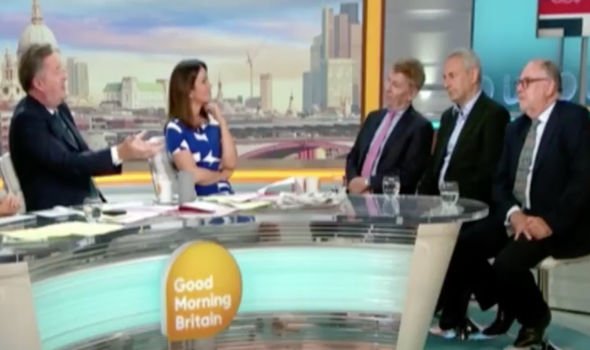 But Mr Morgan fired back: “But if it’s in both sides interest, why would it be in the EU’s interest to not having an ongoing, very good, mutually beneficial trading relationship with us?”

The Labour peer explained that the UK has already assured the EU of low tariffs on goods coming into the UK but that that arrangement would not necessarily work both ways.

Boris Johnson has been warned by Sir John Major he could be dragged through the courts if he suspends Parliament in an effort to force a no-deal Brexit through. 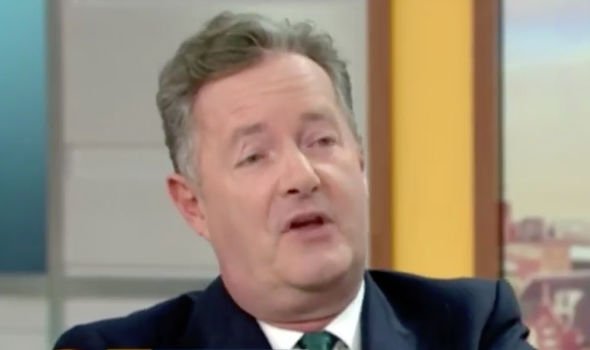 Former prime minister Sir John said it would be “utterly and totally unacceptable” for any British premier to shut down Parliament, and he would seek a judicial review if it happened.

Mr Johnson has refused to rule out proroguing Parliament to prevent MPs blocking a no-deal exit from the European Union on October 31.

Sir John told BBC Radio 4’s Today: “You cannot and should not bypass Parliament in this fashion.

“I cannot imagine how anyone could conceivably think that is right.”

In order to prorogue Parliament, shutting it down until the next state opening, a prime minister would have to ask the Queen to formally allow it.

Although the Queen’s decision could not be challenged, Sir John said the advice of the prime minister could be.

The monarch would be “in the midst of a constitutional controversy that no serious politician should put the Queen in the middle of”, Sir John said.

“I for one would be prepared to go and seek judicial review to prevent Parliament being bypassed,” he added.